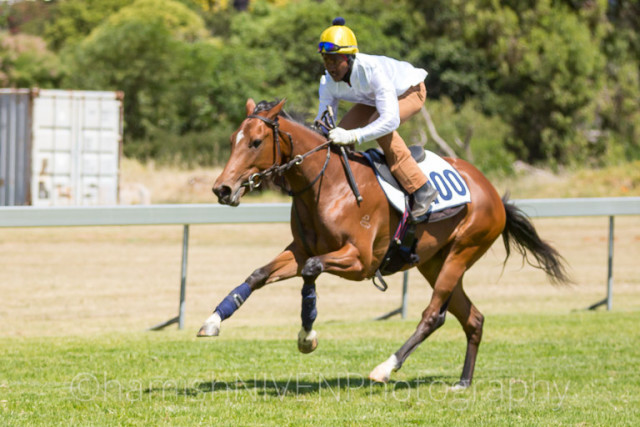 For the second consecutive Ready To Run sale in South Africa, an Australian-bred has topped the sale, with the results highlighting the demand for Australian-breds.

Overall seven of the top 12 were initially purchased in Australia at either a yearling or a weanling sale prior to their export to South Africa in preparation for the Cape Thoroughbred Ready To Run Sale.

The results of the 2014/15 racing season further cement the positive opinion of Australian-breds and their racetrack ability, with a racing population of only 3% during that season, Australian- breds achieved 18% of the Group victories and 23% of the Group 1 wins.

Originally purchased from the draft of Arrowfield Stud at this year’s Inglis Premier Yearling Sale by Kerry Jack Bloodstock for $25,000, the Wall Street Thoroughbreds-bred Bernardini x Ruski Rose filly (pictured as a yearling) was knocked down to Ingrid and Markus Jooste’s Mayfair Speculators for R1,500,000 (approx. A$148,000).

Mayfair Speculators also purchased a Nadeem colt sold earlier in the year at the Inglis Classic Yearling Sale by Sledmere Stud, and secured a High Chaparral filly originally purchased by Kerry Jack Bloodstock as a weanling from the draft of Segenhoe Stud at the 2014 Magic Millions National Weanling Sale.

Jack, who has been attending the Australian yearling sales for many years now felt that the filly would be out of her price range so she wasn’t even on the initial shortlist.

“She had a lot of appeal in Melbourne, a lovely quality filly who looked a precocious type, but I thought she would reach more than we could go to for a pinhook so didn’t have her on my initial shortlist.”

“When she went through the ring unsold I was lucky enough to secure her from Arrowfield Stud.”

“She was an ideal RTR horse, super temperament and natural, easy mover, she put up one of the gallops of the day which obviously makes a big difference with this sort of sale and I am delighted that Mayfair Speculators purchased her.  She’ll be trained by Joey Ramsden and with a bit of luck will be a big contender in next year’s RTR cup!”

Markus and Ingrid Jooste appear to appreciate the quality that an Australian bred offers, not only securing the equal top lot at the Cape Thoroughbred Sale Johannesburg Ready To Run Sale a month prior, a colt by Lonhro, but having raced many Australian-breds to success in South Africa, highlighted by recent stakes winner The Conglomerate (Lonhro) as well as the multiple Group 1 winner Delago Deluxe.

Now back in Australia where he stands at the Kelly’s Newhaven Park, Delago Deluxe will be one of 13 first-crop sires represented at this January’s Magic Millions Yearling Sale on the Gold Coast.

With a draft of 17 yearlings available by the son of Encosta de Lago at the sale, one that could find its way back to South Africa is Newhaven Park’s Lot 324, a bay colt out of the Zeditave mare Increase, from the family of the Australian-bred, multiple South African Group 1 winner Wylie Hall (Redoute’s Choice), who was interestingly sold by Newhaven Park at this very sale a few years back.

Lot 757, also from the draft of Newhaven Park is another that could have South African admirers, being from the family of the Australian-bred Group 1 South African Nursery Plate winner Global News (Jetball), not to mention the family of multiple Group 1-winning miler Able Friend.

For all of those impressed by the breeze up performance of the filly above, Lot 316 at the Magic Millions Yearling Sale in January is a Redoute’s Chocie colt out of Hussta La Vista from the draft of Arrowfiled Stud, herself a four-time-winning daughter of Ruski Rose.

The colt is bred on a cross that has only had six runners to date, highlighted by the Australian-bred, South African Champion 2YO Filly Majmu as well as the Group 3 winner Panzer Dvision.