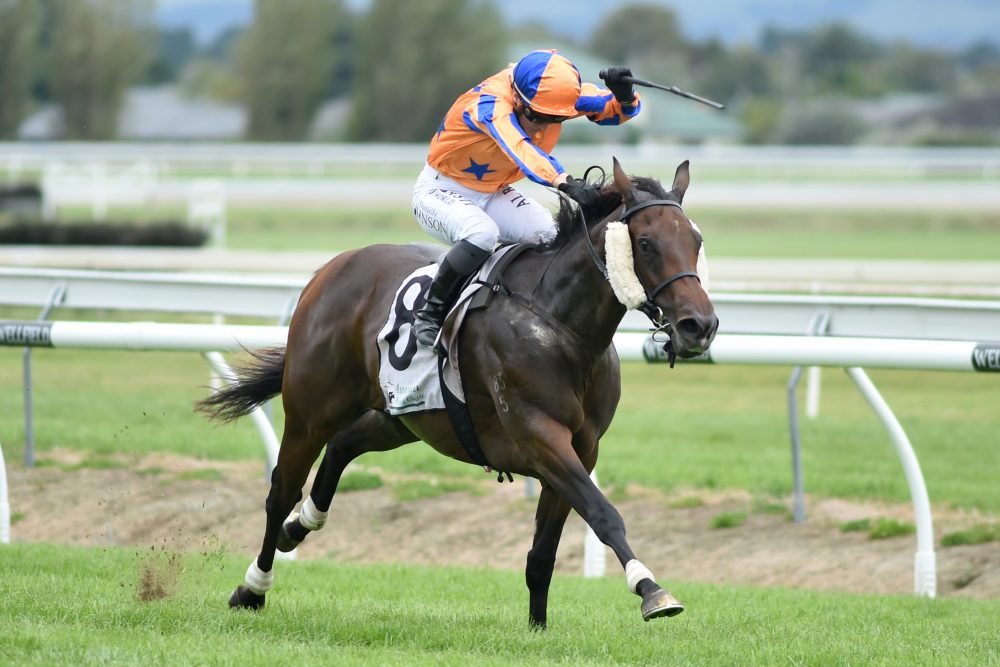 The thrilling victory of Avantage in Saturday’s Group One Manawatu Sires’ Produce at Awapuni has again underscored the impact of Australian-bred 2YOs in New Zealand.

Fastnet Rock filly, Avantage, appears to be one right out of the box though.

Having just her sixth career outing in the Sires’ Produce, Avantage has won five, including the Karaka Million 2YO, with her only ‘miss’ being a gallant second in the Group One Sistema Stakes on 10 March.

(Another of the Australian-bred, Fastnet Rock graduates from that sale is Long Leaf, a dual stakes winner in Melbourne for the Lindsay Park stable this season).

Ellis, who is heading to Sydney later this week for the 2018 Inglis Australian Easter Yearling Sale, has won races at the highest level from a sizeable range of Australian-based sires, but appears to have a special affinity with Fastnet Rock.

Naturally enough, Ellis was ecstatic with the effort of Avantage in the Sires’ Produce: “It was great to win a Group One with this Fastnet Rock filly as she’s from a family that’s really going places and now has to be worth several million dollars.

“It’s the 12th Group One win for (trainers) Steve (Autridge) and Jamie (Richards) and full marks for the way they’ve managed this filly to win first up in October and still be winning a Group One at the end of March. A great training performance.

“Avantage will be aimed at the New Zealand Bloodstock Filly of the Year Series which we’ve won with our horses five times in the last decade, but there would be none better than this filly.

“I’ve always loved Fastnet Rock as a sire and had a lot of success with his progeny: Heroic Valour is his only Group One winning 2YO colt, while this filly (Avantage) was a very nice, correct type who looked as if she’d run as a 2YO. That said, I also thought she’d have the ability to train on at three and fingers crossed she will.

“Looking ahead, I’ve got high hopes for another Fastnet Rock: a 3YO filly called Paulownia. She’s a full sister to (Group One winner and sire) Foxwedge who has only had the two starts, winning on debut in February and running second (beaten a nose) in the (Group Two) Wellington Guineas last month.”

Coolmore Australia, which stands Fastnet Rock, foaled down and raised Avantage on behalf of breeders Willie and Karen Calder.

David’s had a lot of success with Coolmore stallions and from what I’m told, there’s plenty more in the pipeline.

“As for Willie Calder and his wife Karen, they were introduced to Coolmore through Gordon Calder – no relation – and their visits to the farm have taken on legendary status … Willie battered oysters for a few of us in the office kitchen one Friday afternoon and let me tell you, they were amazing.

“They’re wonderful people and it’s great to see them breed such a top-class filly. Avantage was raised on the farm and, like the mare, she wasn’t big, but was strong and had lots of quality.

“Asavant still lives at Coolmore, but was bought by another very good client not long after Avantage had made her debut. Willie and Karen still have a connection with the family however, as they will be racing a Fastnet Rock three-quarter sister to Avantage (out of Pins ‘n’ Needles) next year.

“Avantage has set the bar high for them, but hopefully they will continue to be lucky!

“The win of Avantage continues an incredible run for graduates of the farm and she joins Winx, Age Of Fire and Oh Susanna as Group One winning graduates this year.”

This year, Mark Pilkington and Lindsay Park paid NZ$1 million for a Fastnet Rock colt from Group One winner Diademe – the sale’s second highest priced lot – while the previous year, Long Leaf figured in the top five when knocked down to BBA Ireland for NZ$750,000.