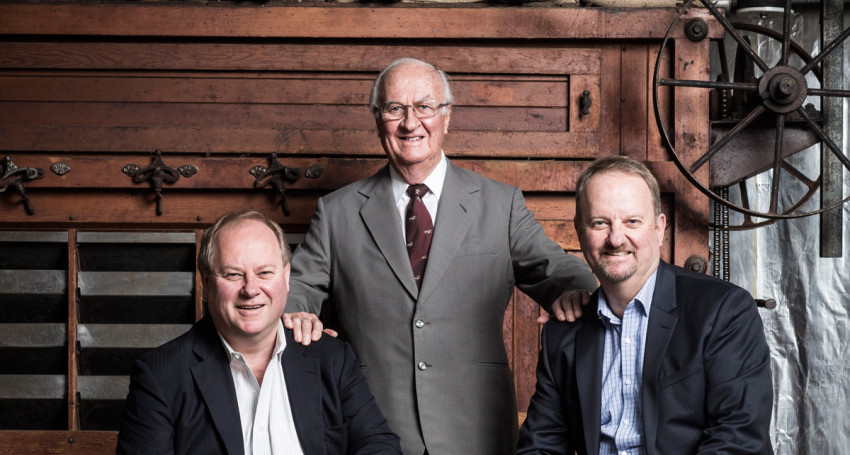 If there is one thing we all have in common – at the racetrack or sales – is that prevailing ambition to ‘get the chocolates’.

As elusive as that often is, there is one farm in South Australia that can claim the ‘choccies’ in both the literal and metaphoric sense.

Balcrest Stud at Balhannah in the Adelaide Hills is one of the bedrock’s of South Australian breeding – a constant presence at the Adelaide sale for well over 50 years – and the inspiration of Claude Haigh, whose father Alfred started the very famous (and VERY tasty) Haigh’s Chocolates in 1915.

Balcrest Stud and Haigh’s Chocolates remain a family affair, and while Alfred’s great grandson, Alister, and his brother, Simon, run Haigh’s Chocolates these days, it’s their father John who still has a tight hold of the reins at Balcrest.

“He (John) loves the horse business and even at 86 years of age, he’s still very much involved,” Alister Haigh points out.

“Balcrest has been sending drafts to Adelaide yearling sales for a long time … before ABCOS, before Magic Millions. Way back when David Coles first got involved.”

Balcrest has five yearlings entered for the 2016 Adelaide Magic Millions Yearling Sale which commences at 6pm this evening and, while each of the yearlings is by a different sire (including Written Tycoon and Magic Albert), there is a high degree of familiarity when you inspect the pedigrees on the catalogue page.

“My father has always been very focused on building up the Balcrest families and we tend to retain the fillies and sell the colts,” Haigh adds.

It’s certainly the case with the Hinchinbrook colt out of the terrific homebred racemare, Pipkin, a multiple stakes winner and Group One placed, a mare who is also closely related to Balcrest’s Magic Albert colt.

Foaled in 1951, Coronation Boy (by Nasrullah) is still present in the pedigree of stallions like Darley’s Group One winner, Denman.

“We (Balcrest) have stood plenty of stallions but Coronation Boy certainly put us on the map,” Haigh recalled, while watching over the latest brood at Magic Millions’ Morphettville complex.

And as for this year’s draft? “We brought them down on Thursday and they’re all popular but the Written Tycoon has spent plenty of time on the bitumen,” Haigh said.

Given Written Tycoon’s current raft of winners, who knows … Balcrest might just end up with the chocolates again.