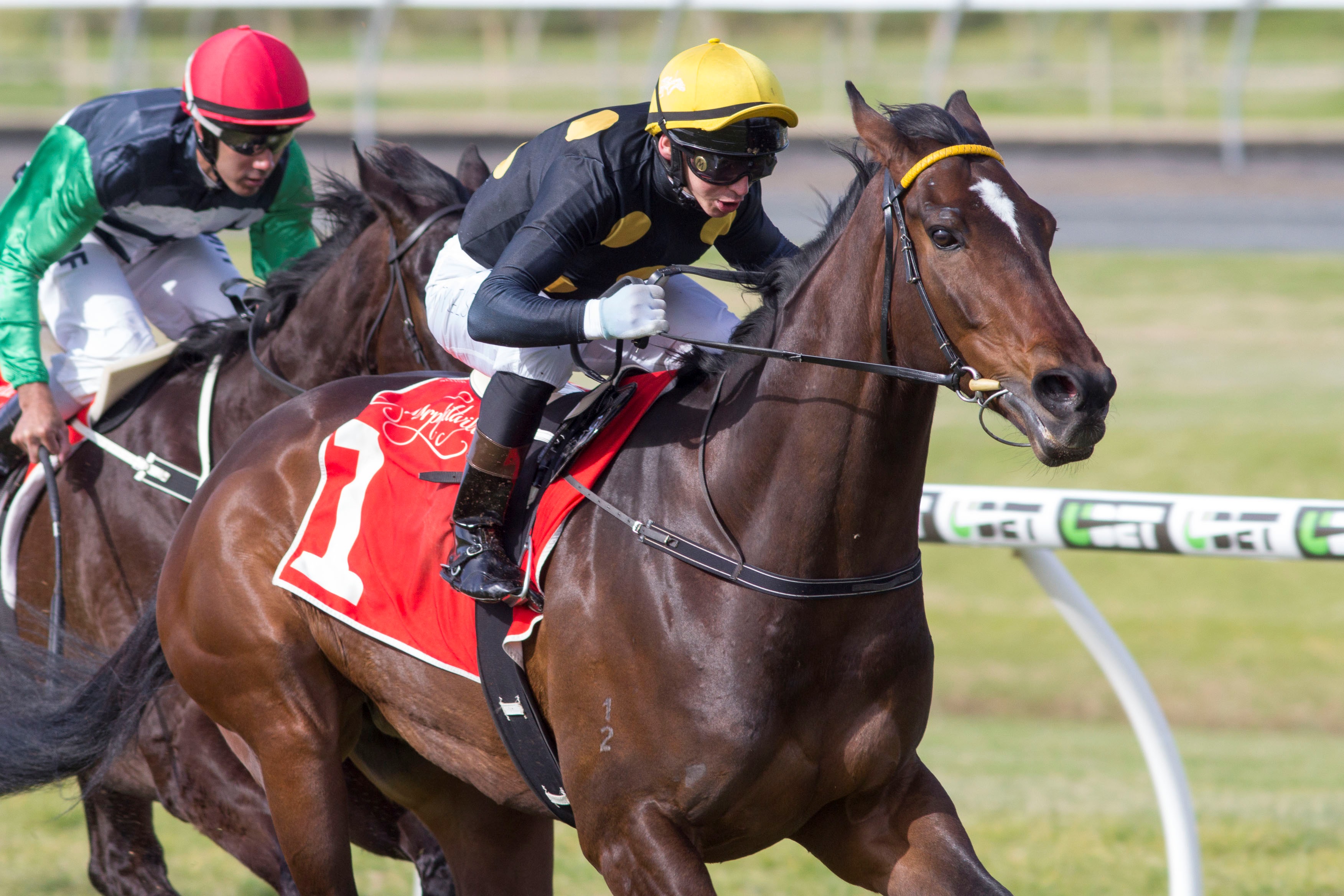 Balf’s Choice won another race on Saturday. That was his fourth in a row at Morphettville too.

The 5YO son of Written Tycoon had raced on 16 occasions prior to this campaign for just the two wins and a bunch of placings, but appears to have found another gear this time around, much to the delight of trainer, Ryan Balfour and breeder/part owner, Grant Kinter.

Such has been the rise and rise of Balf’s Choice that he is now likely to target the Listed Penny Edition Stakes (1400m) at Morphettville on 2 September (over the same journey that he won by nearly four lengths in mid July) before following up with the Listed Balaklava Cup (1600m) 11 days later.

Heady stuff for Kinter who only has around three in work and a handful of mares at the 40 acre property he owns with wife, Haidee, near Hahndorf in the Adelaide Hills.

Kinter, who owns a scaffolding construction company to pay the horse feed bills, is quick to pay tribute to Balfour and the trainer’s late father, David, for his association with Balf’s Choice and, in particular, the galloper’s mum, Not Jude’s Choice.

“I’ve been good mates with Ryan for a long time and his father, David, rang me one day and said that if I was looking for a mare, there was one going through the 2012 Inglis Great Southern sale that I might be interested in,” Kinter explains. “David rang them at Inglis’s and got them to purchase it on his behalf and she was knocked down for $8,000 … in foal to Written Tycoon.

“Turns out she was carrying Balf’s Choice, so I’ve ended up with a very cheap Written Tycoon.”

Kinter sold Balf’s Choice as a yearling for $20,000 at the 2014 Adelaide Magic Millions, but wisely retained a 30% share in the neddy for he and his wife, particularly given that his home-bred has currently won $162,080 with the promise of much more to come.

“A lot of the shareholders in the horse knew David Balfour pretty well and sadly he passed away in between me getting the mare and before the horse was named. So, we all decided to go with Balf’s Choice, because in so many ways it was.”

Kinter sent Not Jude’s Choice back to Written Tycoon the following year (producing an unraced filly called Arani), got an Americain colt in 2014, a Dalakhani filly the next spring and a Stryker colt the year after that.

Given a year off in 2016, Not Jude’s Choice is about to be covered by Three Bridges Stud resident, Unencumbered, this spring.

“The amazing thing about Not Jude’s Choice is that all her colt’s are huge, while the fillies are only small. That was part of the problem with Balf’s Choice – a big, gangly type that was slow to mature,” Kinter adds. “Ryan said to me during the last prep that we’d see the best of Balf’s Choice this time around and he’s been spot on.

“The Americain colt is a big boy too, so hopefully he’ll follow the same path. Balf’s Choice’s half brother, St Gabriel won seven in town and he was a late maturer as well. I’ve just got my fingers crossed that Not Jude’s Choice produces another colt from Unencumbered!”

If Balf’s Choice continues his run in the Penny Edition and Balaklava Cup, Kinter says he will continue to follow the same ritual after each success: “VB was David Balfour’s beer of choice so I crack open a stubby after each win in honour of a great bloke and a very good judge.