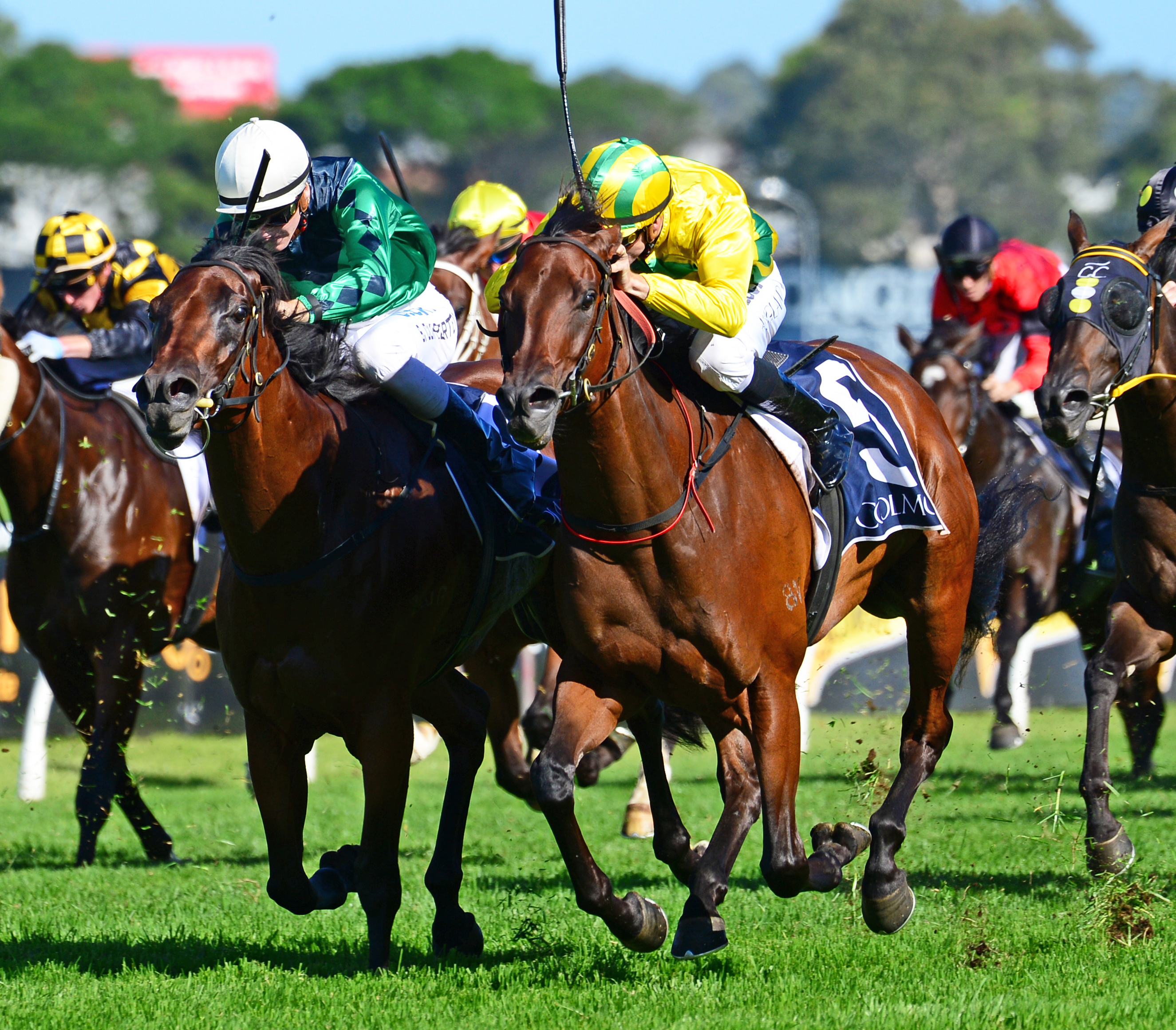 It was only the week before that everyone was looking to the heavens above to see if the star studded Royal Randwick program would proceed. It did.

On Saturday, at Rosehill Gardens, no-one was looking for $26 shot, Heavens Above, as she lined up in the Group One Coolmore Classic (1500m), but they should have.

It was a brilliant performance by the 5YO mare to get up in the very last stride and while she might have been relatively unloved in the betting ring, it proved to be a popular result for the many fans of trainer, Tim Martin, as it was his first Group One winner since 2008.

Once at the forefront of Sydney’s training ranks with stable stars such as Exceed And Excel, Typhoon Zed and Redoute’s Dancer, Martin now has much fewer runners and freely admits that the Street Cry mare kept him in the game: “I’ve always thought Heavens Above was a Group One horse. She’s the reason I didn’t give training away … she’s very special to me and the owners and deserves the win.”

Heavens Above, who now has four wins and nine placings from her 20 outings, hasn’t won since September last year when taking out the Group Three Sheraco Stakes over 1200m.

Her next assignment is likely to be the rich Group One Doncaster Mile at Royal Randwick on 1 April as opposed to waiting another week for the Group One Queen of the Turf, a race in which she finished second last year.

Heavens Above was originally offered by Bhima Thoroughbreds, on behalf of breeder Reg Kemister, at the 2013 Inglis Sydney Easter Yearling Sale but was passed in for $170,000 off a reserve of $180,000.

Bhima Thoroughbreds’ Mike Fleming believes it was only her size that held Heavens Above back in the sales ring.

“She’s a very nice type, but just wasn’t that big. Huge heart though! She’s by (Winx’s sire) Street Cry who was quite popular at the time and out of a stakes winning mare (Reggie won 12 and over $700,000 including stakes races in Brisbane and Melbourne), but again it was just her size.

“I think it’s a terrific result for Reg and Tim … you wouldn’t find two better people. Reg breeds a lot of horses and has had quite a few horses with Tim over the years. Reg has also got Limbo Soul with Tim, an I Am Invincible filly who won on debut and ran a good fifth in the Magic Night as well.”

Fleming could also have mentioned that Saturday was a terrific result for Bhima as four of its sale offerings competed in black type races … winning three: Heavens Above, plus Sircconi in the Group Two VRC Sires’ Produce, while I Am A Star and Florida Keys finished first and seventh respectively in the Group Two TAB Kewney Stakes at Flemington.

Based over 400 acres at Scone, Bhima Thoroughbreds sells around 60 horses annually, offering 18 on the Gold Coast, 18 for the Sydney Classic and has 21 lining up for Easter.

“I’m very happy with our Easter draft and was particularly pleased with the win of Pierro filly, Tulip, in the (Group Two) Magic Night on Saturday,” Fleming adds. “David Hayes appears to be quite impressed with her and she’s now come right into Golden Slipper calculations.