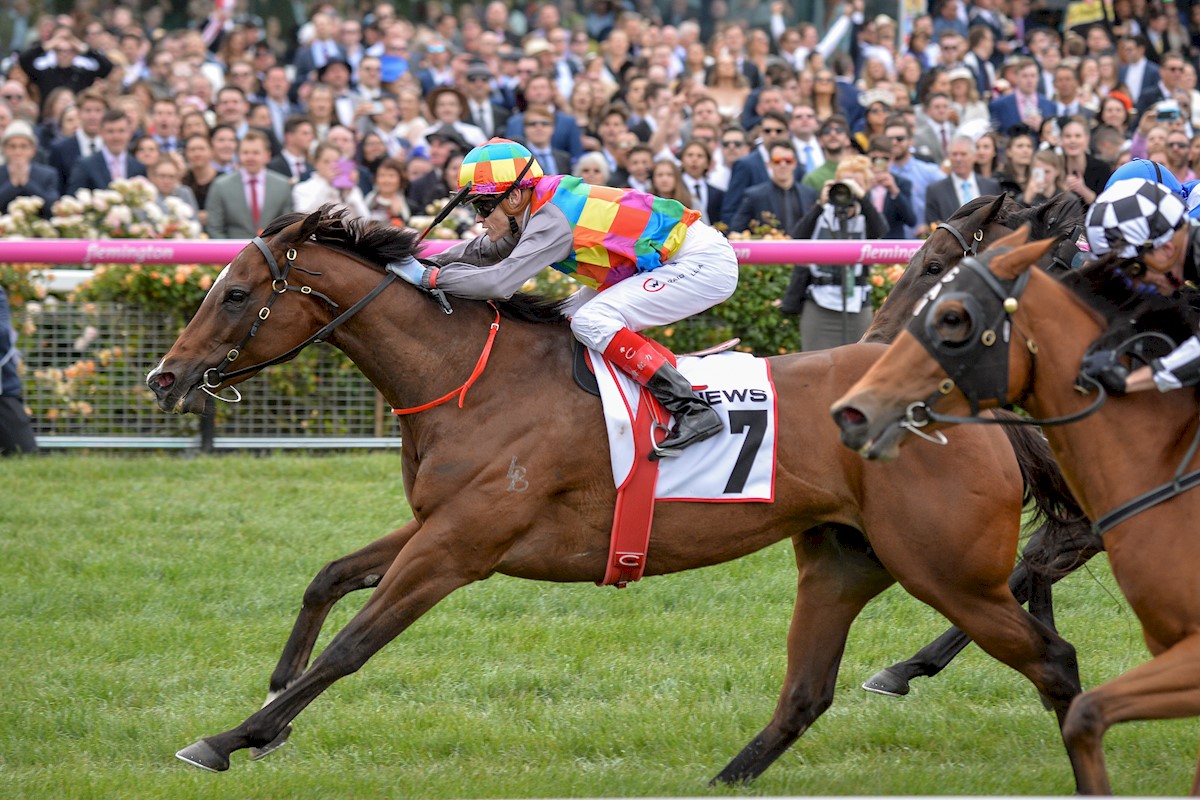 No question about it … up until Flemington last Saturday, the connections of Jessy Belle could argue they had one of the best mares in the country to have never won a stakes race.

We repeat … up until Saturday.

Backing up from a fourth on Cup Day, Jessy Belle was sent around in the Group Two Matriarch Stakes and, after a succession of placings and near fourths at black type level – including the Dane Ripper, Blazer, Tristarc et al – the mare finally broke through after flying home late to grab the lead 50 meters from home.

The importance of the win wasn’t lost on owner, Jeff Allis.

“That really does make all the difference,” Allis points out. “She’s had lots of top four finishes but a stakes victory – especially a Group Two during the Flemington Spring Carnival – looks so much better on a catalogue page.”

Co-founder of the highly popular Boost Juice, Allis owns about 24 racehorses and has 10 broodmares and 14 weanlings at his Winchelsea property in Victoria, Epona Park.

“I’ve raced horses for quite a while, but got into it much more seriously over the last four years,” Allis explains. “I send my mares to the Hunter, but our main focus is breaking and pre-training our horses.

“Paul Kingsford is our general manager and together we’ve worked hard to set up Epona Park as a great environment for young horses: we have about 15 a day in pre-training on the property where we’ve got our own training track, treadmill, walker etcetera.

“I had pretty much decided where I’d send Jessy Belle when she retired to stud, but might have to have a bit of a rethink after winning the Matriarch. She’s a pretty valuable broodmare proposition now.”

She certainly is. Purchased for just $75,000 at the 2012 Inglis Melbourne Premier Yearling Sale, Jessy Belle has returned the asking price tenfold, winning $763,425 from eight career victories and 12 placings.

“I liked her a lot as a yearling and when I spoke to Matt (Ellerton) and Simon (Zahra), they had her on their short list as well,” Allis reveals. “We had a budget of $70,000 but Simon went one more and I’m glad he did.

“Matt and Simon did a great job with her, but I also liked to go down and watch her at track work. Going home across that Bolte Bridge of a morning in peak hour was driving me mad though and so I switched her to Luke Oliver at Caulfield, near to where I was based. Ironically, Flemington is now closer and easier for the farm so I’m back with Ellerton/Zahra.

“Luke did really well with her too, but now that Jessy Belle’s getting on a bit – she’s a 6YO – we decided to send her to David (Hayes) and Tom (Dabernig) at Lindsay Park. That’s a great facility there – water walker, rural environment … the works – and she’s clearly benefited from the change of scenery.

“David and Tom thought long and hard about racing Jessy Belle again so soon after Tuesday, but it worked out in the long run. Their communication with owners is outstanding.”

A daughter of former Coolmore Australia based Danehill stallion, Rock of Gibraltar (who boasts stakes winners in 16 countries), Jessy Belle is one of three to race – all winners – from the Sydney winning Elusive Quality mare, Unconditional Love.

Jessy Belle’s granddam, Flitter, meanwhile, proved herself one of the best racehorses of her generation with the Bluebird mare winning both the Doomben 10,000 and Winfield Classic (now Coolmore Classic).