Blueblood’s Classic Success Is No Secret 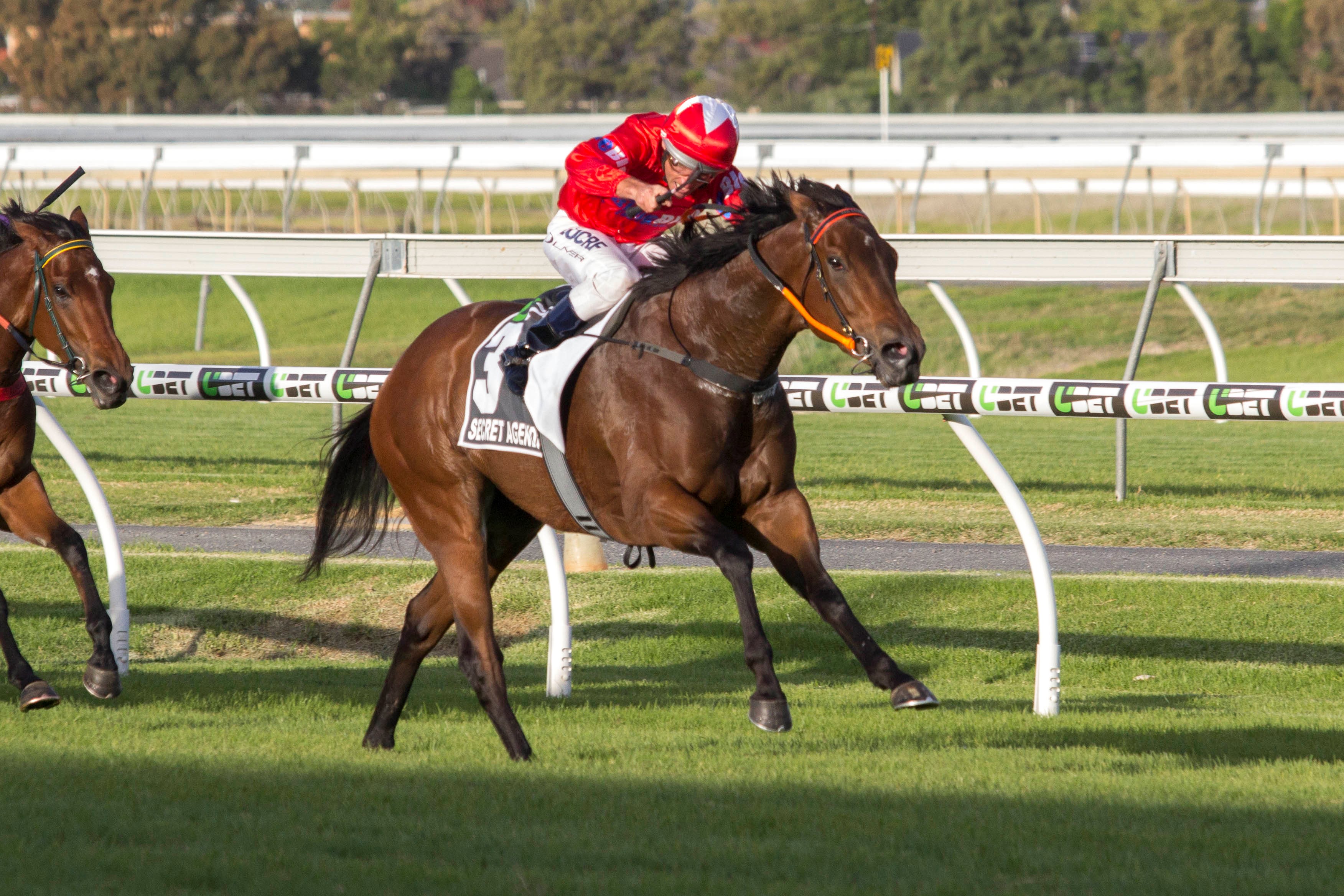 It’s interesting what a difference six months can make.

Back in September last year, Aushorse profiled the Mick Price trained mare, Secret Agenda, after she had just won the Group Three How Now Stakes at Caulfield.

It was the 4YO mare’s second black type victory and while hope springs eternal for all racehorse owners, Price was prepared to err on the side of caution, stating that “we won’t get too ambitious … we’ll just feel our way with her”.

On Saturday though, it was the mare who decided she was right up to Group One level, making the 2017 UBET Classic over 1200m part of her agenda and taking her earnings to $1.25 million.

With prizemoney of $1 million, the UBET Classic is the richest race on the South Australian calendar and Secret Agenda is poised to make it a pair when she takes on the Group One Goodwood Handicap over the same journey on 20 May.

“She’s matured into a big, strong mare and that was start number 17 in the UBET. We’ve had her since she was a yearling and she’s never been pressured to race when she’s not been ready.

“I think she’s still got improvement to come and I’m just really excited for the 20 or so mums and dads in the syndicate.”

So too is Blueblood Thoroughbreds’ Racing Manager, David Mourad, whose syndication outfit put together the owners after Secret Agenda was purchased for $120,000 at the 2014 Gold Coast Magic Millions Yearling Sale.

“They (the owners) have been great supporters of the mare and turn up for all of her races … let’s put it this way, there are no mounting yard tickets left over whenever she goes around. Great bunch of people,” Mourad points out. “I’m not one hundred percent sure about the Goodwood at this stage but she is very likely to take her place. Saturday’s win gave everyone the thrill of a lifetime and she’s been an outstanding mare for us.”

Under the direction of Carol Walsh, Blueblood Thoroughbreds set up shop in 2010 and had been purchasing and syndicating around eight to 10 youngsters annually, but demand has been stepping up and Mourad reveals that the operation will organise around 15 gallopers this year.

“We’ve bought a dozen so far in 2017 and most of those syndicates have already been filled,” Mourad adds. “People are keener than ever to get into ownership and it’s not hard to work out why when you see how much excitement they get from being involved.

“We had Sedanzer run a very good fifth in the (Group One) Schweppes Oaks earlier in the day and we’re starting to get some very promising youngsters coming through.

“There’s a lot to look forward to.”

Secret Agenda has become the sixth individual Group One winner for Arrowfield Stud’s, Not A Single Doubt, and his third winner at the elite level this season.

With 41 stakes winners overall and over $63 million in progeny earnings for Not A Single Doubt, Arrowfield’s Media & Communications Manager, Susan Archer, elaborates on the rise and rise of the stallion who will stand this season at $88,000: “It took him (Not A Single Doubt) 708 days to leave his first stakes winner and now he’s just produced his sixth Group One winner … a salient warning against premature judgement of stallions.”