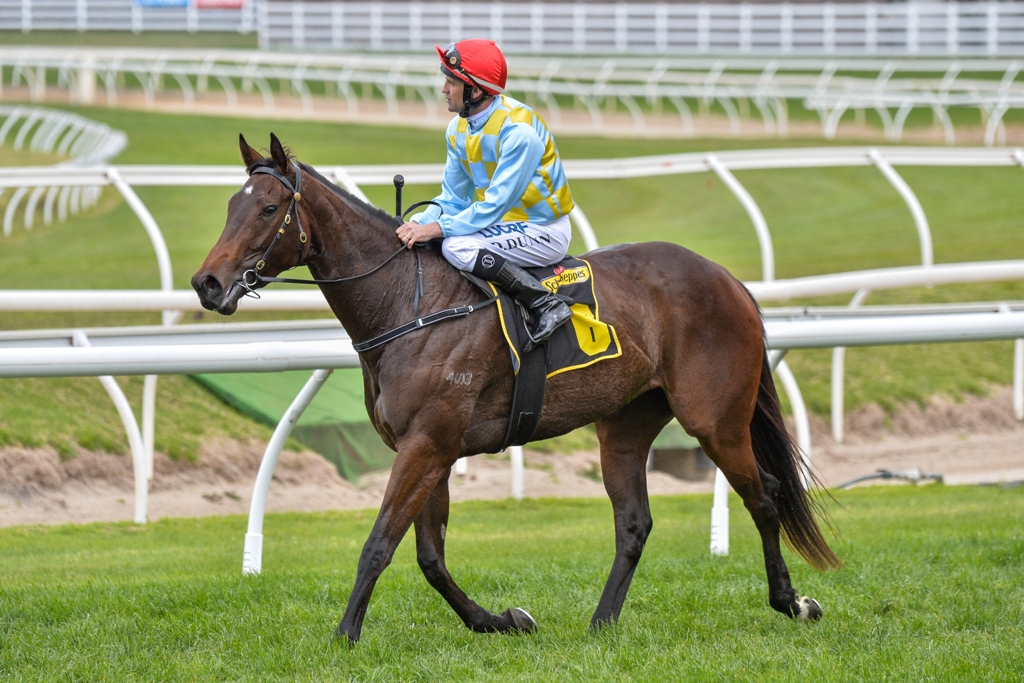 Swings and roundabouts … peaks and troughs … highs and lows.

The thoroughbred industry is littered with good/back luck stories and if you stick with it long enough you’re assured of experiencing both.

Take Barrie and Midge Griffiths for instance. They’ve had a lot of success over the years and are grateful for it : Melbourne Cup winner, Tawrrific, Caulfield Cup winner, Mannerism, 3-time Group One winner, Northwood Plume. A Thousand Guineas winner in Azzurro as well.

Lots of winners, but when the coin flips to racing’s setbacks, they’ve seen that movie too.

On Friday night at Moonee Valley, the Griffiths’ owned, Heatherly – one of the leading sprinting mares in Australia – lined up in the Group One Moir Stakes, only to finish last of 13.

Turns out she had bled from both nostrils (for the second time) and according to our rules of racing, was immediately retired from the track: a sizeable blow when you consider the well bred Lonhro mare was a multiple stakes winner and finished second behind Extreme Choice in last year’s Moir.

It was some win too with Booker lowering the colours of the previously unbeaten, Shoals, along with last start Group Two Danehill Stakes (and Group One Blue Diamond) winner, Catchy.

“It was definitely a ‘weekend’ to remember,” Barrie Griffiths admits. “It’s tough when a horse like Heatherly bows out that way, but she should have a promising future in the breeding barn. We’ve certainly had a lot of interest from prospective buyers who clearly think so.

“As for Booker, her performance was outstanding, particularly against that field. Mat (Ellerton) and Simon (Zahra) will decide over the next few days as to whether she presses on for the Thousand Guineas, or stick to the shorter courses where the (Group One) Coolmore Stakes over 1200m on 4 November could be an option.”

Leading into Sunday’s race, Booker had been placed in the National (as a 2YO), the McNeil and Danehill – all at Group level – and has now raced on five occasions for two wins, three placings and $286,000 in stakes.

Griffiths is a familiar presence at yearling sales and says that Booker was a real “stand out” when he first clapped eyes on her at the 2016 Inglis Melbourne Premier Yearling Sale. One of the features of the Mill Park Stud draft, the filly was eventually knocked down to Griffiths for $230,000.

(It was the equal fourth highest price paid for a Written Tycoon yearling in 2016 who, at the time of Booker’s conception, stood for just $13,750).

“I thought she (Booker) was the best filly in the sale,” Griffiths points out. “Some times they just really appeal to you … they have this great presence about them. Heatherly was the same.

“Anyway, Booker was bred by Tony Fairburn and Bill Rigg who have both been mates forever and they also decided to keep a share and race her with Midge and I. After Sunday, it’s fairly safe to say that they’re glad they did.”

The Griffiths’ originally owned Darley’s Northwood Park property at Seymour in Victoria, selling the property to Sheikh Mohammed in 2006, but keeping 2,000 acres next door where they run mainly cattle but a few horses as well.

“We’ve cut right back on our breeding but still race and sell a couple here and there,” Griffiths adds. “We usually race around three or four at a time and mainly fillies and mares, but we’ve also got a couple of colts which are both siblings to Booker – a 2YO Helmet half brother and a yearling colt by Written Tycoon.

Mill Park’s Chris Watson fully concurs with Griffiths assessment of the filly and believes she was the real stand out of his Melbourne draft.

“It’s easy to see why Barrie liked her so much,” Watson recalls. “Right from the word go she was a ripping specimen … very strong, just had a real presence about her. You naturally hope that everything coming off your farm does well, but let’s put it this way, she’s definitely one that hasn’t surprised me with her ability on the track.”

But is she in the same mould as other notable Mill Park ‘graduates’ such as Fawkner, Go Indy Go, Happy Trails, Mummify, Gold Guru and Divine Madonna?

“Well, it’s a bit early to tell, but based on her run on Sunday, against that opposition, she’s definitely heading in the right direction.”