Boom Result For Scales Of Justice In Railway 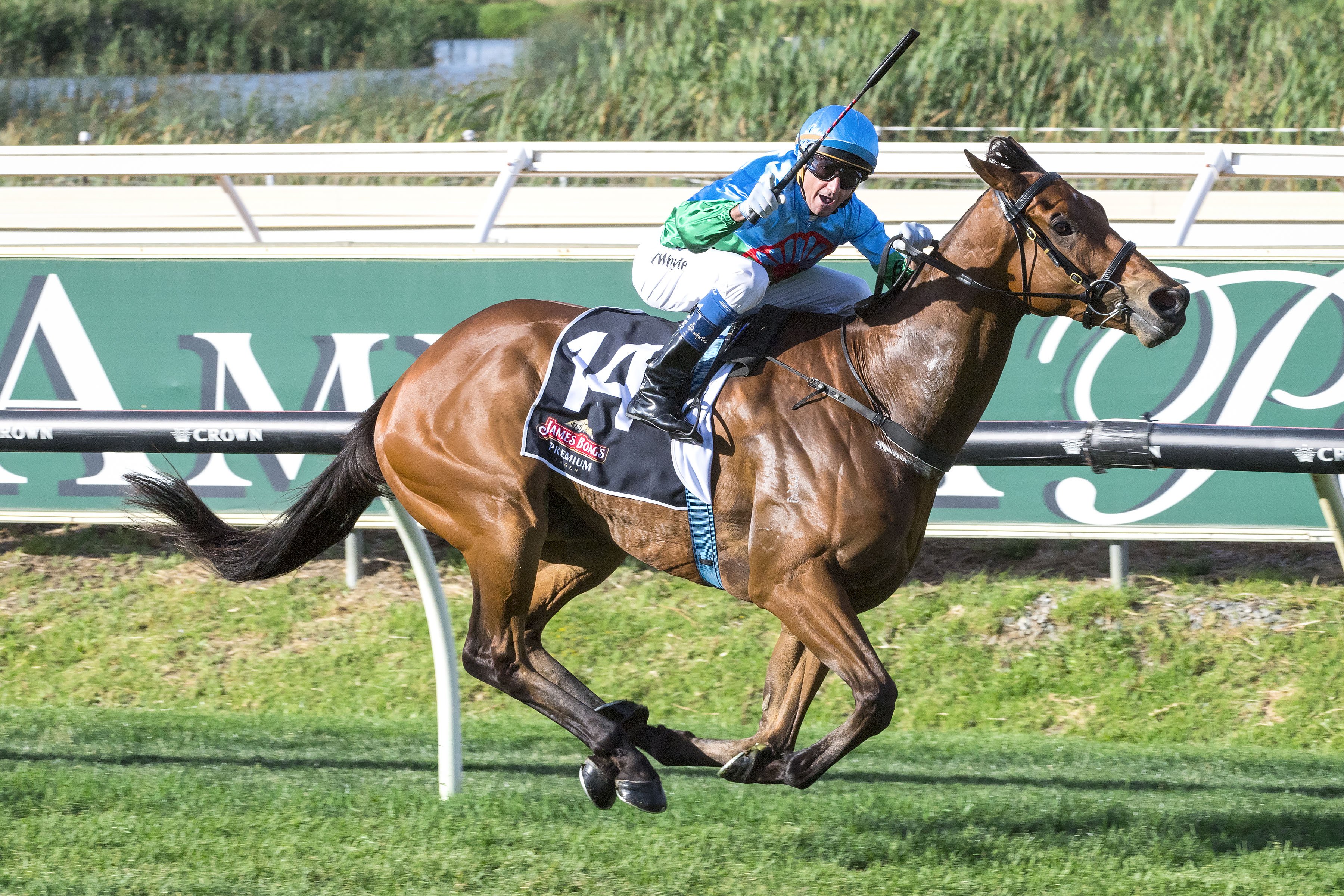 There’s more than one story behind most stable doors and Scales Of Justice added another chapter in winning Saturday’s Group One Railway Stakes (1600m) at Ascot.

His steady rise up the ranks in Perth has been well documented, especially after a last start victory in the Group Three RJ Peters Stakes that saw him start as one of the more favoured runners in the $1 million Railway.

A son of Arrowfield Stud sire Not A Single Doubt, Scales of Justice was bred by Gerard and Kathy Hammond in Victoria and sold for $180,000 when offered by Millford Thoroughbreds at the 2014 Inglis Melbourne Premier Yearling Sale.

Scales Of Justice was sent to trainer Lindsey Smith and he’s turned that price tag into a windfall for owners Chris Wells and Bill Andrews who knocked back a significant offer from Hong Kong earlier this year.

Smith thanked Boomer Bloodstock (FBAA) agent, Craig Rounsefell, for targeting Scales Of Justice and then beating Robbie Laing in a bidding duel for the colt at Oaklands.

It was the second Group One this month for Queensland-born Rounsefell.  He also purchased Obviously who claimed the Breeders’ Cup Turf Sprint at Santa Anita on November 5.

Obviously is a son of Coolmore Stud shuttler, Choisir, and cost 130,000 guineas at the 2011 Tattersalls October Sale.

“When I first got going, I wanted a grasp on the whole worldwide market,” Rounsefell explained.  “I was fortunate to spend time, prior to setting up my agency, in various countries working for trainers, for farms … just getting a good grasp of those industries before I put on the bloodstock agent cap.”

Leading trainer, Mike Mitchell, who died last year, gave Rounsefell his shot in America.  “You need a horse like Obviously to give you that kick,” Rounsefell adds.  “People take a little bit more notice. Mike believed in me and we consistently got good results.”

Rounsefell married Mitchell’s daughter, McCall, and Obviously’s part-owner Anthony Fanticola gave special mention to the couple at the Breeders’ Cup presentation: “Craig and McCall really know their horses … they’re a heck of a team and are just dynamite folks.”

Rounsefell was otherwise engaged when Scales Of Justice crossed the line at Ascot – he was at the Keeneland November Sale where his buys included Gulfstream Park stakes winner Sweet Victory for $400,000, while he also purchased the daughter of Breeders’ Cup Classic winner, Blame, in conjunction with fellow Aussie agent Steve Brem.

HOOFNOTE: Widely regarded as Western Australia’s premier event, the $1 million Group One Railway Stakes has been won by an Australian-bred galloper since 1987.