The Importance Of Timing 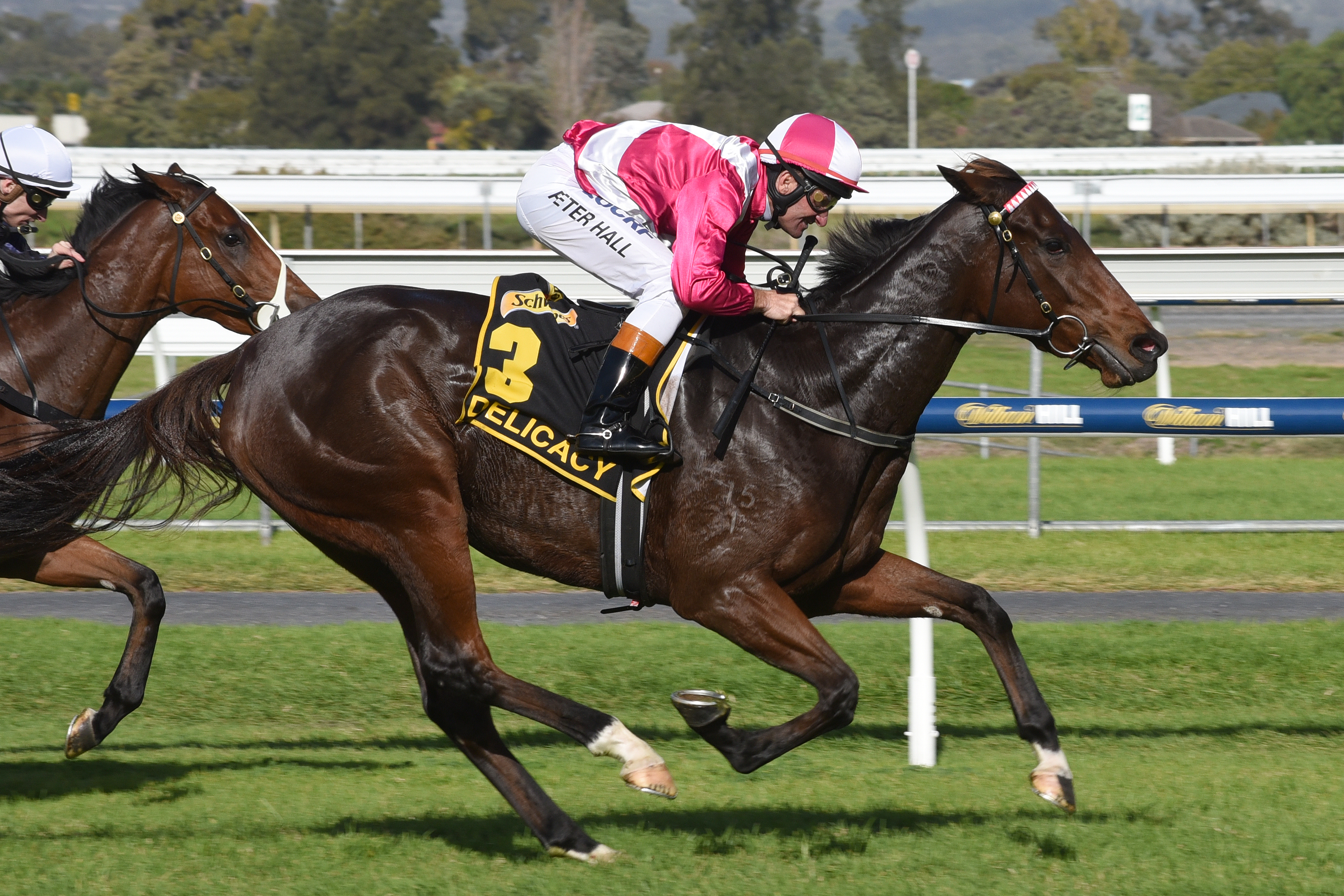 You never have to look far in the thoroughbred industry to find irony, coincidence or a twist of fate, either kind or cruel.

At the Magic Millions Perth Yearling Sale that began at Belmont yesterday, one such quest ended with Lot 140 (pictured below), a colt by Al Maher from the Scenic mare Simply Wicked being offered by Scenic Lodge.

What was immediately apparent was that the colt is a brother to the outstanding mare Delicacy who capped a brief and spectacular career by winning the Perth Cup in January, having won two Derbies at and two Oaks the previous season.

What the catalogue didn’t reveal is that Scenic Lodge general manager Jeremy Smith pulled off one of the major coups in Australian racing when he purchased Simply Wicked, in foal to Al Maher, for $4000 at the 2014 Inglis Broodmare Sale.

“The sale was a dispersal of Bob Peters breeding stock and I suppose it turned out to be a case of perfect timing,” Smith said.

“I went to Sydney to look at a few mares for Scenic Lodge and thought if something came up in my price range that suited I may get a mare myself.

“Simply Wicked appealed as she was by Scenic, a stallion who we stood at Scenic Lodge, and the mare was well bred and a city winner from limited race starts.”

“She was one of the last lots to go through the sales and being a Western Australian mare in a Sydney sale, not too many would have given her much regard.”

“The main thing though was the timing, as Simply Wicked’s first foal had not performed on the track and Delicacy was not highly regarded finishing well back in two barrier trials.

“Not long after I purchased the mare, Delicacy won at her first start at big odds at Belmont and kept on improving.

“You can occasionally have a good win in this game, and looking at that mare in the backyard is a real bonus.”

The colt sold for $45,000 at Monday night’s opening session of the sale.

The brother to Delicacy is one of 25 yearlings consigned to the Perth sale by Scenic Lodge with the bulk of them, as usual, by Blackfriars.

The sale opens with a Blackfriars colt as Lot 1, another coincidence not lost on Smith.

“It’s not planned, but it’s fitting in a way to have a son of Blackfriars’ opening the sale, he’s done a lot for West Australian breeding and he’s still doing a great job,” he said.

The 19-year-old Blackfriars has been Western Australia’s champion stallion for the past five seasons and this summer his tally of individual stakes winners rose to 33, equalling the record of Haulpak as WA’s leading producer of stakes winners.

The winner of the 1999 Group 1 Victoria Derby in which the closest to him were the class performers Shogun Lodge and Diatribe, Blackfriars is in his 13th season at Scenic Lodge with Smith predicting a few more good years to come.

He’s sired the winners of some of the state’s best sprints, right through to the Perth Cup won last year by one of his sons, Black Tycoon who took the race as an eight-year-old.

Blackfriars’ most successful progeny are the brothers Playing God and God Has Spoken each of whom won more than $1m and collected 10 stakes wins between them.

Smith agrees there might seem to be something of “big fish and small ponds” in the Blackfriars story, but he believes the horse would have held his own on any farm in the country.

“You wonder how good he would have been if he’d stood at one of the big studs in New South Wales or Victoria,” Smith said.

Before that he scored three stakes win on end in Perth and has accumulated racetrack earnings of almost $1m.

Black Heart Bart is one of 307 winners of 955 races and $33 million in prizemoney for Blackfriars from 544 lifetime starters at the time of the sale.

While the brother to Delicacy is expected to be among this week’s sale toppers, Smith is confident the popularity of Blackfriars in the west will continue.

Among the 18 Blackfriars’ offspring in the Scenic Lodge draft is Lot 252 from Card Queen (Final Card) which makes the filly a half-sister to Magic Millions 2YO Classic winner Karuta Queen and Lot 276 from Crossed Wires (Scenic) is a threequarter brother to WA Derby winner Rohan.