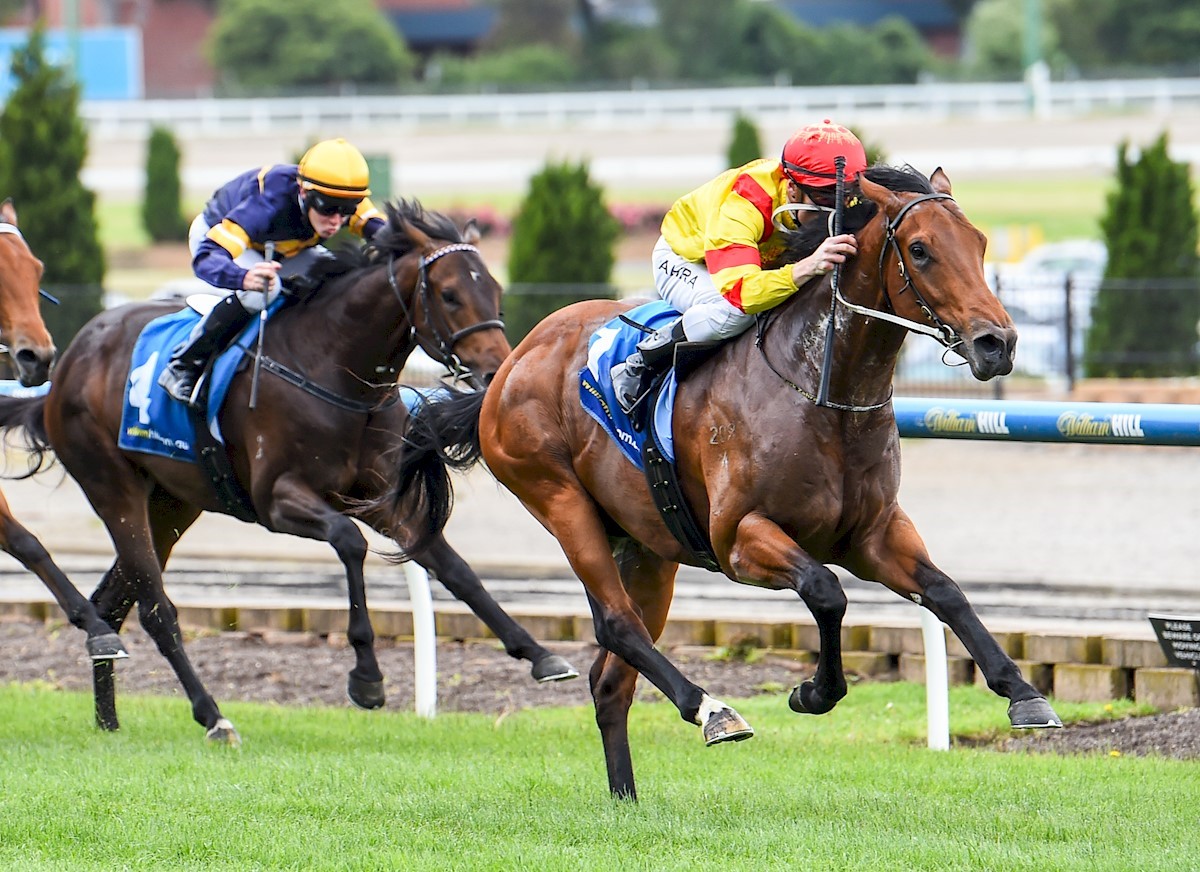 It’s always nice to have options and the victory of Cao Cao (Fastnet Rock) in Saturday’s Whiteman Property Plate (1000m) at Moonee Valley has seen the 2YO colt race rapidly into both Magic Millions and Blue Diamond calculations.

Owners, Sun Bloodstock, and trainer, Mick Price, will determine this week in which direction Cao Cao will head, but it’s a good problem to be faced with.

Price has around 20 in work for Sun Bloodstock and feels that the well bred, Cao Cao, has a promising future: “I’ll speak to Mr Cheng (Sun Bloodstock principal) and he’ll ultimately decide which way to go … the horse might need a breather, but either way he’s got a lot going for him.”

Cao Cao raced away to score to by almost three lengths at the Valley, having finished an unlucky second on debut behind Aspect in the Group Three Maribyrnong Plate at Flemington.

But just as Aspect’s trainer, Tony McEvoy, is off to a flying start with his juveniles, on the back of a massive spend at 2016 yearling sales, so too it appears that Sun Bloodstock’s buying spree this year is ready to pay dividends.

A $350,000 purchase from the Baramul Stud draft at the 2016 Gold Coast Magic Millions, Cao Cao was one of 13 colts snapped up by Sun Bloodstock at the sale for an outlay of $2.6 million, while 26 yearling colts were purchased overall at Australian sales in 2016 for $4.8 million.

Price is also preparing to unveil a couple of other Sun Bloodstock juveniles in the coming weeks, including a More Than Ready colt, Xiang Yu, who is out of an Aga Khan mare in Dandesha, along with a Snitzel colt from Kennilworth – Zhao Zi Long – that is due to run at Geelong on Sunday.

Purchased from the 2016 Inglis Classic Yearling Sale for $120,000, Zhao Zi Long is from the family of Testa Rossa: “He (Zhao Zi Long) trialled strongly at Cranbourne and I expect he’ll do well at Geelong,” Price adds.

“It’s terrific to see Sun Bloodstock having this kind of success in Australia after investing so heavily in the industry.”

Another of Sun Bloodstock’s 2016 Magic Millions purchases is the Gerald Ryan trained, Not a Single Doubt colt, Condor Heroes, who ran second on debut in the Breeders’ Plate last month and figures prominently in Blue Diamond / Golden Slipper calculations.

HOOFNOTE: Cao Cao is named after a Chinese warlord and the penultimate Chancellor of the Eastern Han Dynasty (circa 200 AD). Wikipedia doesn’t cover as to what he thought of Diamonds and Slippers.