Cellarman Stars For Syndicate In Wintergarden 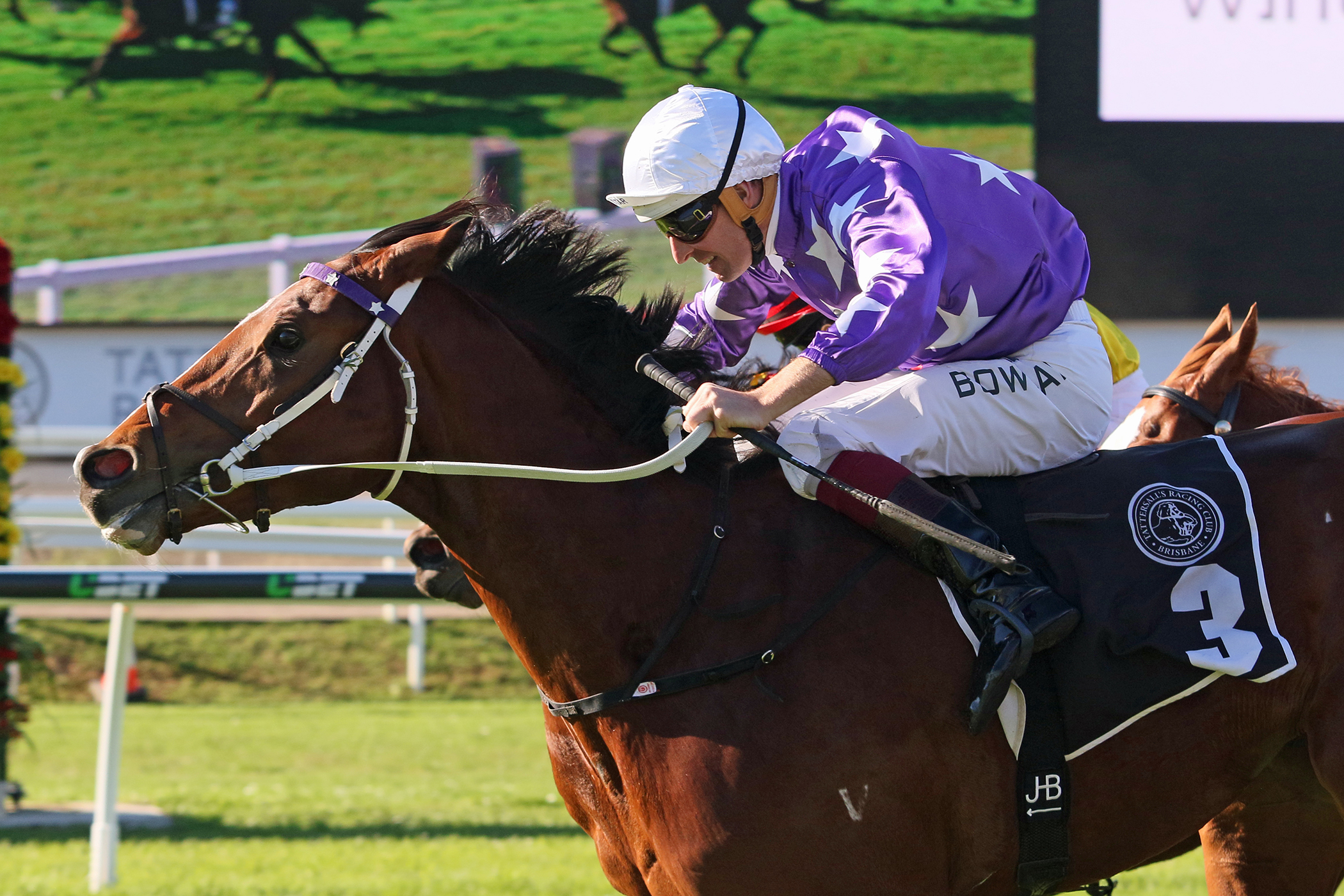 Nice style of colt, good family etcetera, but the Mossman factor was playing on her mind.

Martin races, in partnership, a very good Mossman 4YO in Tasmania by the name of Admiral, who has won 14 of 21 career starts – eight of those at black type level – and she actually lent a helping hand in the decision to send Admiral’s dam, Reunification, to Mossman in the first place.

“I’ve always liked Mossman, he’s a very good sire,” Martin explains. “So, when we saw the Mossman colt in Melbourne, I was really keen to get him.

“However, I’d found out some others also had him marked down in their catalogues. He came into the ring late (Lot 599) and I had my fingers and toes crossed that all the good judges had gone home for the day,” Martin recalls with a smile. “Turns out I managed to purchase him for only $90,000.”

As with all of Denise Martin’s Star Thoroughbreds purchases, the colt was sent to Chris Waller’s yard and was named Cellarman, courtesy of his dam, Vintage Blend, a half sister to Flemington stakes winner Vintner and closely related to Triscay, La Baraka, Astern and Demerger.

“The ownership group in Cellarman represents a terrific mix of old and new clients. Some have been with Star Thoroughbreds for over 20 years, while three or four joined only this year.”

It has been a ‘welcome aboard’ for the latter as the 2YO, Cellarman, broke his maiden in spectacular fashion on Saturday by taking out the Listed Wintergarden Stakes (1400m) at Eagle Farm.

The Wintergarden was Cellarman’s fourth start and Waller had told Martin that the trip north should be beneficial for the colt. Got that right.

“Chris thought the 1400m would suit Cellarman and believes he can emulate Shellscrape who won the Wintegarden in 2009 before going on capture the Group One Galaxy in Sydney for the stable. I hope he’s right!”

Star Thoroughbreds has syndicated a host of successful performers – Sebring, Theseo, Driefontein, Danglissa, Kingsgate and Squamosa spring to mind – and the ‘run’ hasn’t missed a beat since the shift to Team Waller in early 2014.

“We’ve certainly had a good month or so with metropolitan winners on four successive Saturdays and I’m really excited about our current crop of 2YOs,” Martin enthused. “Aside from Cellarman on Saturday, we’ve also got the stakes placed Invincibella and Foxplay that won so well for us last Saturday at Rosehill.

“The 3YO, Trafalgar, is going very well too with three wins and two placings from his six starts and he was nearly taken to Queensland. He’s a very good horse in the making, but I’m confident about the prospects of all our horses.

“I’m particularly happy about the yearlings (25 of them) that Star Thoroughbreds have purchased. I worked closely with Steve Brem, whom I had been associated with for a long time at Tulloch Lodge, and I believe that they were the best lot of yearlings in seven or eight years.”

Some more Stars in the making?