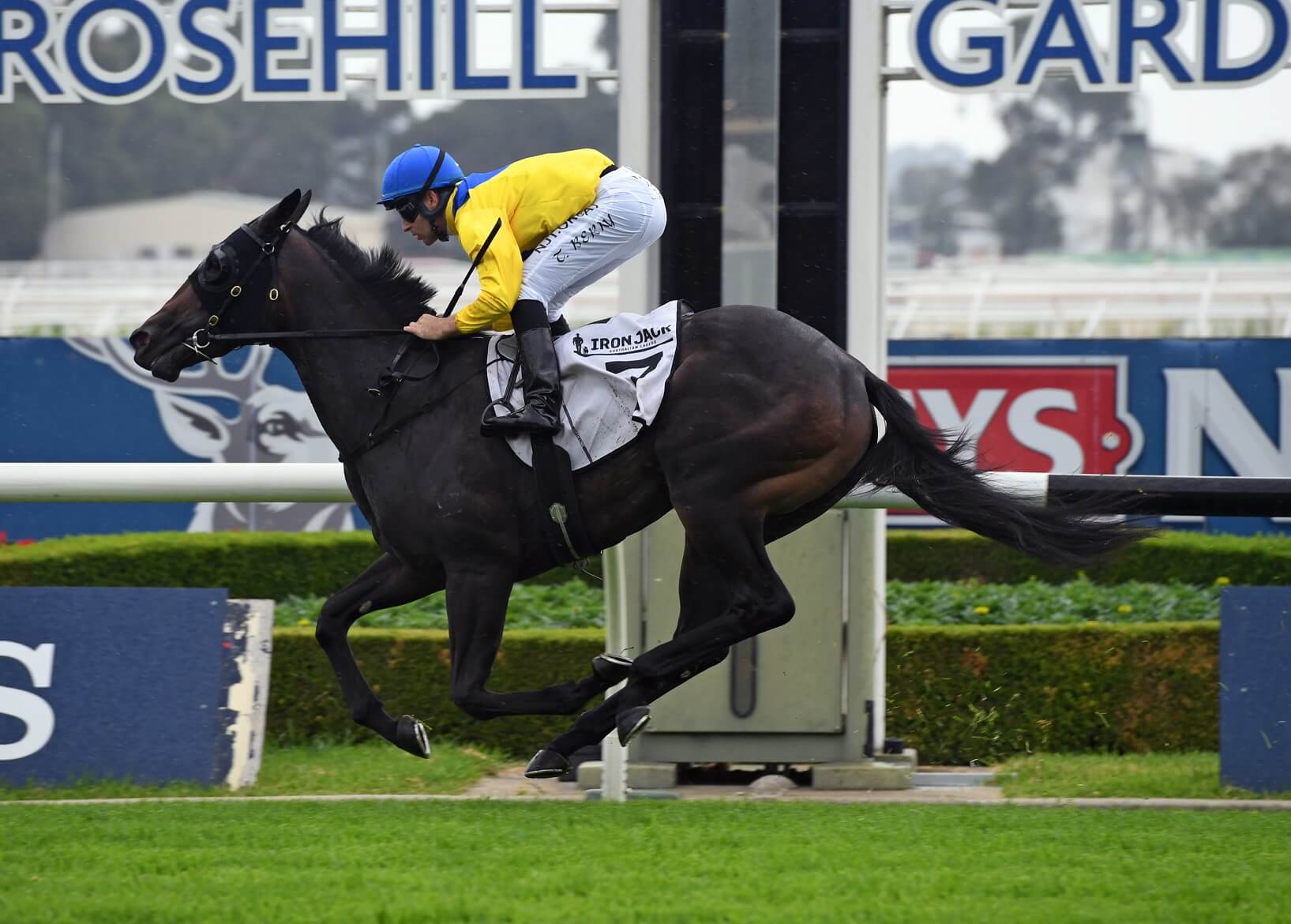 A new order among Australia’s two-year-old ranks has been established after Cellsabeel emerged as a benchmark horse in the countdown to the Golden Slipper.

Having her second start, the Hinchinbrook filly revelled in wet ground at Rosehill to go a long way towards delivering on a plan to win the world’s richest race for juveniles.

Cellsabeel is yet another impressive youngster out of the rapidly expanding Ciaron Maher-David Eustace operation that is sweeping all before it in freshman races this season.

A week after their Snitzel filly Away Game upstaged the males in the Magic Millions 2YO Classic, Cellsabeel made arguably an even bigger impression with her ungraded win over 1100m.

Wearing blinkers and settling off the speed in her first start since an eye-catching debut in the $1 million Golden Gift over the same course in November, Cellsabeel could not have been more dominant.

She loomed under a hold on the turn and put the result beyond doubt soon after to become the stable’s 11th two-year-old winner in 2019-20.

Jockey Tommy Berry allowed Cellsabeel to extend her advantage to six lengths in a winning margin that propelled her to clear-cut favouritism for the Golden Slipper.

For Maher, the result delivered on the promise Cellsabeel had shown at home while it also confirmed the wisdom of his decision to pay $400,000 for the filly at last year’s Inglis Easter sale.

It was a yearling selection that came with more at stake than most after Maher was approached by representatives of Sheikh Mohammed Bin Khalifa Al Maktoum.

“They told me to find them a horse for the Slipper, and this is the horse I found,” Maher said.

“At the sale she had it all: strength, length, pedigree. She just had everything.”

Cellsabeel was part of Cressfield Stud’s draft and was the most expensive yearling by Yarraman Park’s ill-fated sire Hinchinbrook to go through the Easter ring.
Maher figured at the time he got a bargain and now he knows for certain as he points Cellsabeel towards the Golden Slipper over 1200m at Rosehill on March 21.

“I was surprised they got her that cheap,” he said.

“She has continued to grow and be the horse I saw, so that is pretty satisfying.

“We have had a big opinion of her right from the start.

“She put the writing on the wall at her first start … and we just put the shades (blinkers) on today to give her that little focus and it was just the trick she needed.”

Cellsabeel is the seventh winner from the Desert Sun mare Our Egyptian Raine.

Our Egyptian Raine was a Group One winner of the Railway Stakes in New Zealand and she figured in no less than nine other placings at the elite level.

Her progeny includes the Stratum mare Egyptian Symbol, a $1.5 million earner with a stakes record that includes a pair of Group Three wins, and Group One placegetter Strathmore.

Cellsabeel’s win again underlines what a loss Hinchbrook is to the Australian breeding industry.

A young stallion in his prime, Hinchinbrook died as a result of a paddock accident in 2018.

Hinchinbrook was a bona fide star on the rise among our stallion ranks, highlighted more than once at the weekend with his Hong Kong-based son Beat The Clock winning the Group One Centenary Sprint Cup for the second time.