Another Chapter In Forster Story 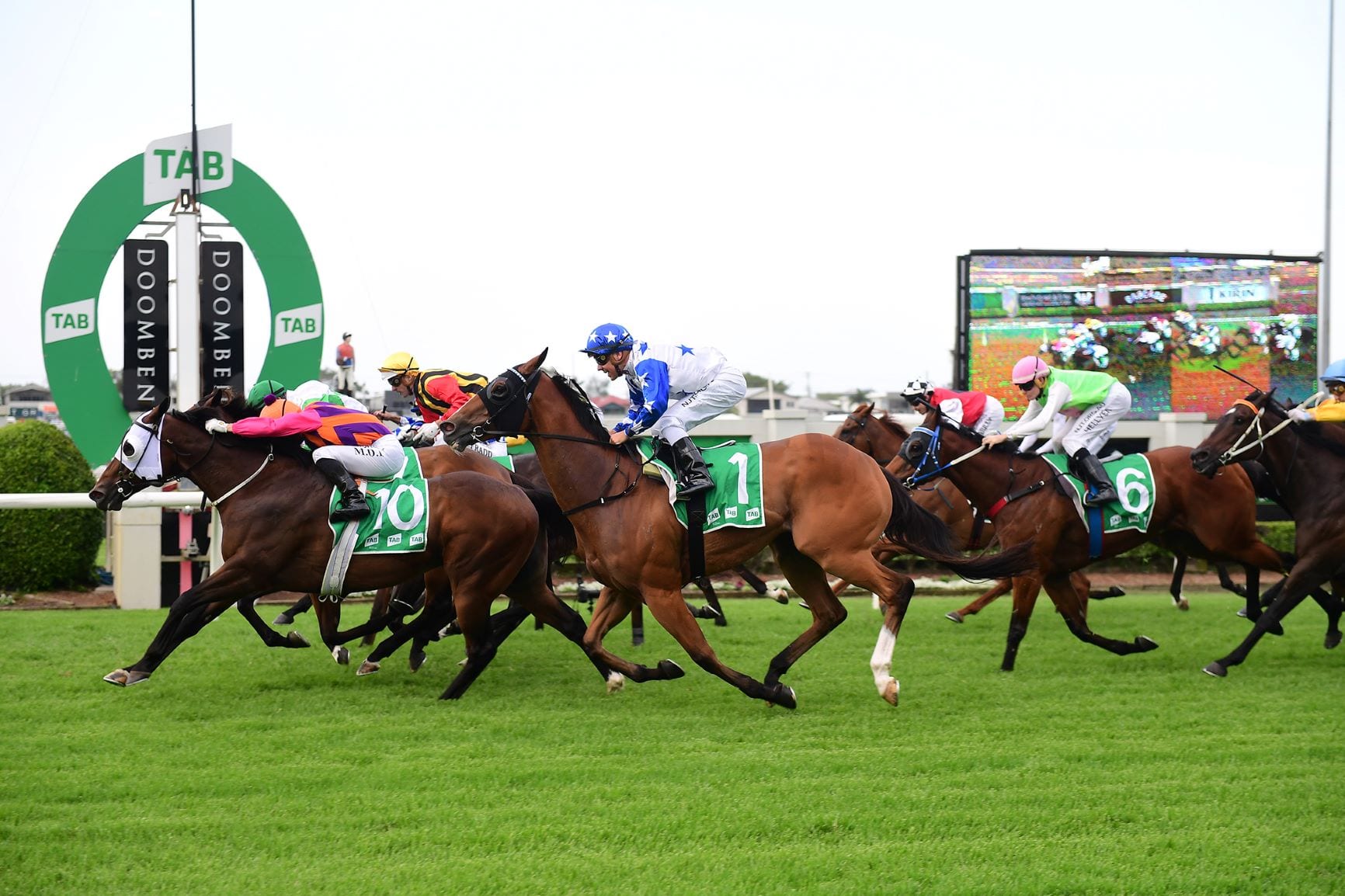 Think of, for a moment, the dilemma facing trainers and agents as they walk onto a sales complex.

Which of those hundreds of horses on offer will win you a race, be it a race in the bush, a race in the city or, in Desleigh Forster’s case, the 2019 Group Three TAB George Moore Stakes over 1200m at Doomben.

In Forster’s telling, there wasn’t anything particularly compelling about the Rothesay yearling from stakes-placed, McFly, in the Raheen Stud draft at the 2016 Gold Coast Magic Millions March Yearling Sale, just that he was a “nice type”.

As it turns out, the Eagle Farm trainer ended up buying the colt – which would be named Chapter And Verse – for $28,000 …  pretty much bang on that sale’s overall average.

What isn’t average though is what Chapter And Verse has done since. In 19 starts, the now 5YO has won six – including this year’s $1 million Magic Millions QTIS race – and, following Saturday’s George Moore – the sprinter has pocketed $945,075 in prizemoney. What’s more, Chapter And Verse has only twice finished out of the top four, which included a 16th in the Group One Kingsford-Smith Cup after drawing a wide barrier and “was off the track the whole way”.

On Saturday, Chapter And Verse had to go wide to find some room in the run home too, but would ultimately prevail in a blanket finish, providing Forster with her second George Moore success.

Although Chapter And Verse won by the barest of margins, Forster claims she was confident her game neddy had got the money as they flashed past the post, although … “I was watching the slow motion replay and wasn’t quite as sure, but then the numbers went up”.

Only second up from a spell in the George Moore, Chapter And Verse is next likely to run in the Listed Lough Neagh Stakes over 1300m at Eagle Farm on 14 December, before either again tackling the Magic Millions QTIS Open (1300m) on 11 January or chase the equally lucrative Magic Millions Cup over 1400m on the same Gold Coast program.

Not surprisingly, Chapter And Verse part-owner, Mary Collier, is a massive fan of Foster’s training skills AND yearling selection.

“The first horse I had with Desleigh was Adebisi, who was purchased for $15,000 at the (2009) Gold Coast Magic Millions Yearling Sale,” Collier explains. “He was also bred and sold by Basil Nolan’s Raheen Stud and would go on to win 12 races and nearly $900,000 for us. Adebisi won the (2011) George Moore as well, but also won the (Group Three) Rubiton in Melbourne, the (Listed) Razor Sharp in Sydney and two other stakes races (Gold Edition and Bribie Handicap) in Brisbane. He was a lot of fun that horse.”

It’s shaping up to be an interesting few months for Collier and co. as most of Chapter And Verse’s ownership group also races promising 3YO, Couldn’t Refuse: a full brother to Brisbane stakes winner and multiple Group placed, Too Good To Refuse.

“Couldn’t Refuse is by Rothesay too and Desleigh has a fairly high opinion of him,” Collier points out. “The best thing of all is that the core ownership in these horses are all so very close. We’re such good friends and it just adds to all the excitement.

“I’ve got shares in five horses with Desleigh and the care and attention she gives to every horse in her stable is incredible. She always makes you feel welcome and that’s a really important component of racehorse ownership.”

With 19 in training at her Eagle Farm stables, Foster has saddled up the winners of 13 stakes races since taking out her licence 10 years ago, having first worked with Bart Cummings and Peter Moody.

Clearly the lessons are paying off!

The fourth stakes winner for Lyndhurst Stud Farm’s Queensland Guineas winner, Rothesay, Chapter And Verse is a half brother to three winners – including Listed runnerup Soaring Heart – from the Flemington stakes placed, McFly.

Purchased by successful Queensland farm, Raheen Stud, for $55,000 at the 2008 Inglis Australian Broodmare Sale, McFly was sold to Rosemont Stud for $80,000 at last year Magic Millions National Broodmare Sale, in foal to Spirit of Boom.

“She (McFly) was a terrific mare for us,” Raheen principal, Basil Nolan, enthused. “Her first foal (Luwak Coffee) won eight in Singapore and Malaysia, while her second foal, Madame Fly, won in Sydney.

“Raheen doesn’t sell that many mares, but we decided to put her through in foal to Spirit of Boom and good luck to Rosemont and Peter Moody for buying her, especially in light of Chapter And Verse’s Group win.

“It was actually a great result all round … both Desleigh and Mary have been such great clients of the farm and deserve every bit of success that comes their way.”

McFly went on to produce a Spirit of Boom filly which will be offered by Rosemont at the 2020 Adelaide Magic Millions Yearling Sale, while the mare produced a Starcraft filly in October and was recently covered by Starcraft.

A blanket finish to the G3 @tabcomau George Moore S. at Doomben, with the @Desracing74 trained Chapter and Verse notching up his first stakes win. Bred & sold by @Raheenstud – for $28k at the 2016 Gold Coast March Magic Millions, Chapter and Verse has won over $1 million in stks pic.twitter.com/y1gr9r54Vl