China Horse Club … A Force To Be Reckoned With 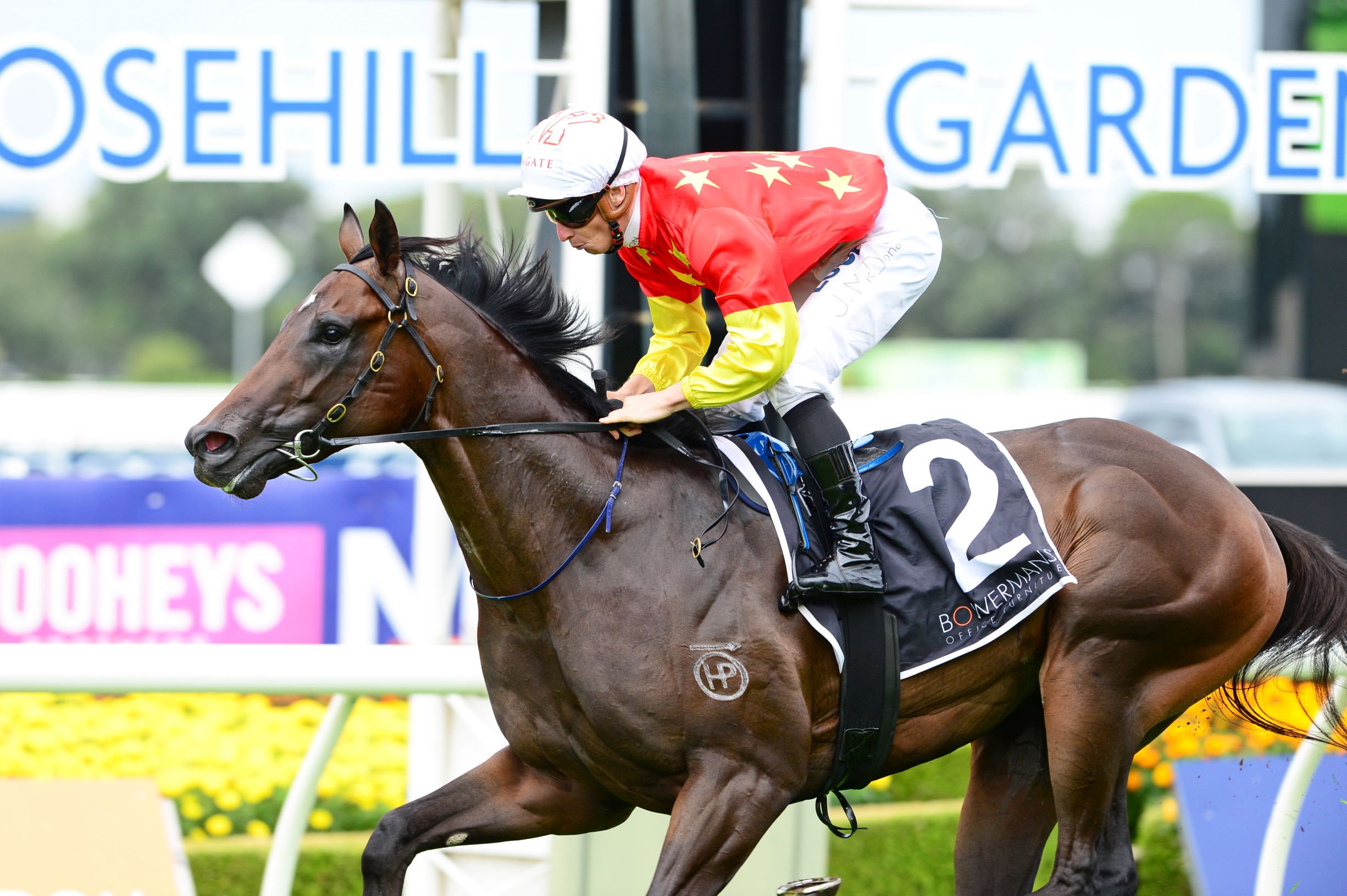 Even harder still when they spend a lot of time flashing past the post in first place.

In just over six years there have been nearly 500 racetrack successes, among them 31 Group One victories. The last 12 months alone has seen Russian Revolution win a second Group One in Australia (before heading off to an opening harem of 226 mares at Newgate Farm) and Madison County capture a pair of Group Ones in New Zealand, while Yoshida, Abel Tasman and Improbable all won at the elite level in North America. Oh, and Justify would win the Triple Crown: only the second horse to do so in 40 years (13th horse overall) and also the second – along with Seattle Slew – to retire undefeated.

Now China Horse Club is poised to add a Golden Slipper and Australian Derby to the tally following wins to Cosmic Force in the Group Three Pago Pago Stakes at Rosehill on Saturday and Global Exchange in the Group Two Alister Clark Stakes at Moonee Valley on Friday night.

Trained by Ciaron Maher and David Eustace, Global Exchange – a homebred for China Horse Club – came into the Alister Clark fresh from a Group Two Autumn Classic victory at Caulfield on 23 February and will head straight toward the $2 million Harrolds Australian Derby at Randwick on 6 April.

However, it was Cosmic Force’s win in the Pago Pago that quickly had bookmakers re-framing the Golden Slipper market after the colt’s seven and a half length demolition job over the Slipper journey last Saturday.

The Deep Field youngster – purchased by China Horse Club, Newgate Farm and WinStar for $180,000 at the 2018 Inglis Sydney Classic Yearling Sale – was considered something of a rank outsider for the Slipper (despite an impressive second behind Microphone two weeks earlier in the Group Two Skyline) but is currently on the third line of betting for Saturday’s $3.5 million ‘life changer’.

“I reckon it’s a fairly open field for the Slipper this year … any one of six or seven could win it and, based on the Pago Pago run, Cosmic Force is in with a real shot,” China Horse Club’s Michael Wallace points out. “There was a lot to like about Cosmic Force as a yearling: very uncomplicated type, athletic and strong. He had everything we look for in a colt and every time you went back to inspect him at the sale, he just kept growing on you.

“We (China Horse Club) purchase around 20 yearlings in Australia annually and we’ve bought 18 so far in 2019 … and that’s with Easter still to come. In Australia and New Zealand there are about 65 racehorses on the books, along with some 90 broodmares.

“We also have shares in 16 stallions – a lot of those with Newgate stallions – so that’s why it’s an added bonus this colt is by Deep Field.

“He’s a highly fertile stallion, his progeny look terrific and, most important of all, it looks like they can run!”

While Cosmic Force and Global Exchange might be at the vanguard of China Horse Club’s autumn attack, Wallace also believes they could have a strong hand in races like the Group One ATC Sires’ Produce or Champagne Stakes.

“There’s a couple of good 2YOs like Strasbourg and Autocratic that will probably improve considerably as we get out to seven (1400m) or eight (1600m) furlongs and they’ll next likely start in the (Group Three) Schweppervescence over 1400m at Randwick in a fortnight.

“The Sires’ and Champagne are highly valuable races to win for prospective stallions too, so hopefully we’ve got a few big weeks coming up.

“2018 was a crazy, crazy year and we’re not likely to match that again, but a Slipper would be a good start!”

“He (Deep Field) is off to a great start, but to potentially have a Golden Slipper winner in your first crop is fantastic,” Field enthused. “We’ve got the last Golden Slipper winning colt – Capitalist – standing at Newgate and how good would it be to have the next one as well!

“We only started out seven years ago and covered 150 mares that spring, but in 2018 the roster was up to 11 stallions – including our leading first season sires Dissident and Wandjina – and 1800 mares.

“There’s certainly a lot of moving parts and that’s why Newgate’s close association with China Horse Club is vital.

“I work in closely with Michael Wallace and we speak on a very regular basis. You can’t put a price on these kinds of business relationships. It’s worked so well for us in the past, as was shown on Saturday and, fingers crossed, this Saturday as well!”