Christian Gets Right Into Swing Of Breeding Winners 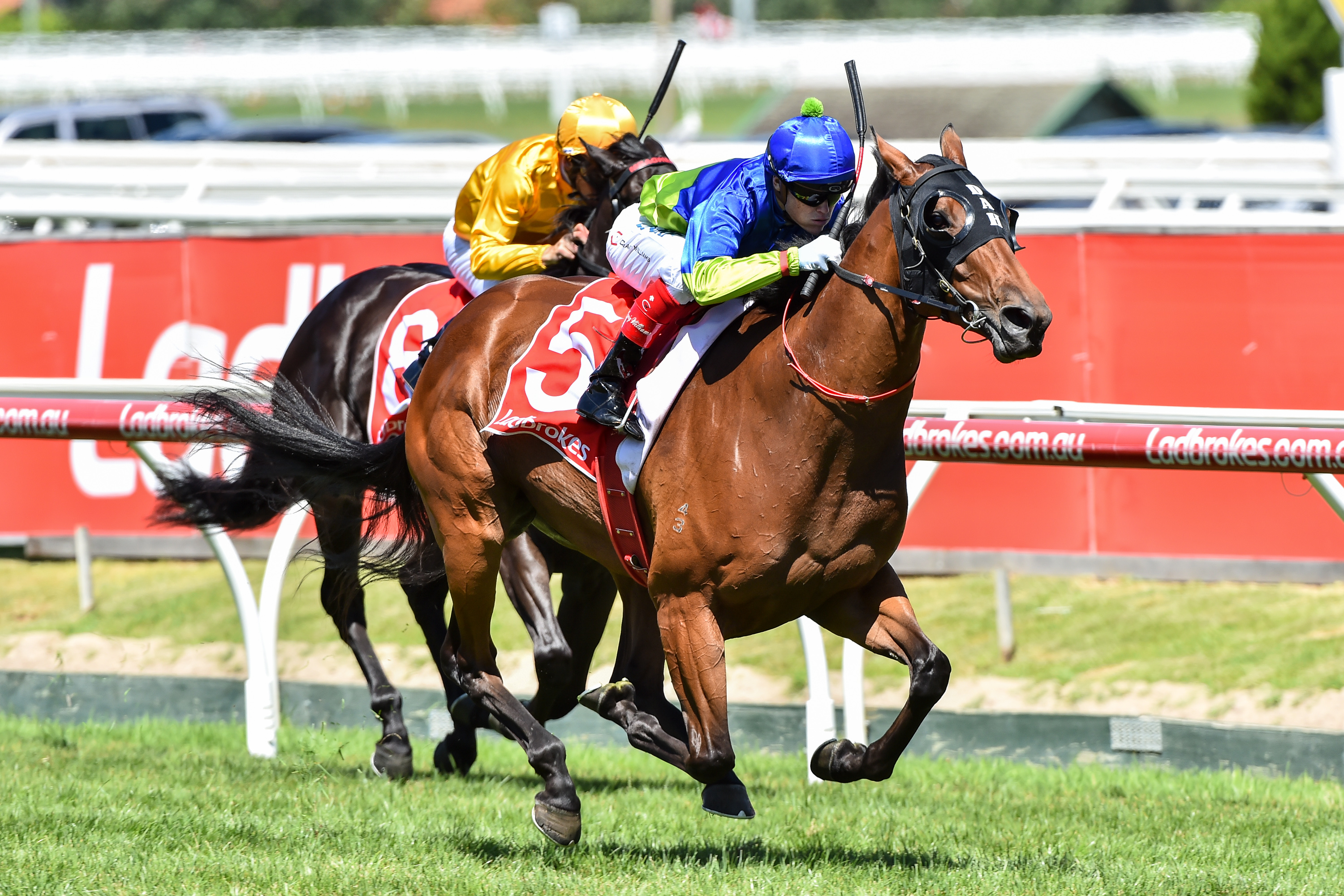 Michael Christian is no stranger to success in the sporting arena. A premiership player with Collingwood in 1990, Christian is also a highly regarded media commentator and owner of thoroughbred multimedia company, Sirecam.

Together with wife, Siobhan Miller, he’s also proving to be a dab hand at breeding racehorses with his home-bred, Fuhryk capturing Saturday’s Group Three Kevin Hayes Stakes (1200m) at Caulfield … the 3YO filly’s initial success at black type level.

“I’ve named my breeding operation, Saconi Thoroughbreds, after the kids : Sasha and Saskia, Coco and Nicky … unfortunately Max came along after I’d set it all up, but as long as the horses keep winning, I’m sure it won’t bother him,” Christian points out.

“David Hayes bought her for $60,000 and I asked him if I could keep a share in the filly and also got a few of my mates into the horse as well.

“As for the filly’s name … well, I love naming my horses but I missed my chance of putting forward some suggestions. Before I knew it she was named after the top American golfer, Jim Fuhryk, which obviously had a bit to do with the dam, Fuhrnatic.

“Now, as a keen golfer myself I would normally have been happy with the name, except that Jim Fuhryk is a male and the horse is a filly and, apart from that, although he’s a great player I reckon Jim Fuhryk has the worst swing in world golf. I didn’t think it augured well for the filly … clearly I got that wrong,” Christian adds with a laugh.

With Fuhryk’s Group victory at Caulfield, the Star Witness filly has won four of her six outings and $239,200 in stakes and appears to have a very promising future.

Indeed, now that Fuhryk has broken her black type duck, Hayes is considering a tilt at the Group Two Angus Armanasco Stakes over 1400m at Caulfield on 25 February and, all things being equal, a trip to Flemington in March for the Group One Australian Guineas.

Hayes is also the trainer of Catchy, the Fastnet Rock filly who retained her unbeaten record with a convincing victory in Saturday’s Group Two Blue Diamond Prelude (Fillies) at Caulfield and is a leading contender for the Group One Blue Diamond in a fortnight.

Catchy is raced by Robert Crabtree, who now owns Fuhryk’s dam, Fuhrnatic, after purchasing the mare at the 2015 Magic Millions National Broodmare Sale.

Naturally enough, Catchy’s owner was mightily pleased with how the day played out at Caulfield.

“I thought it was an excellent run by Catchy. She ran great sectionals and she’ll meet the colts two kilos better off in the Blue Diamond,” Crabtree enthused. “I’ve currently got six stakes horses, fillies and mares, racing for me at the moment – Miss Promiscuity and Sheidel among them – and with a Group Two win to her name, Catchy will eventually make a very nice addition to the broodmare ranks. Hopefully with a Group One to add to the resume as well.

“As for Fuhryk’s dam, she has an All Too Hard filly being sold at the Inglis Melbourne Premier Yearling Sale later this month.”