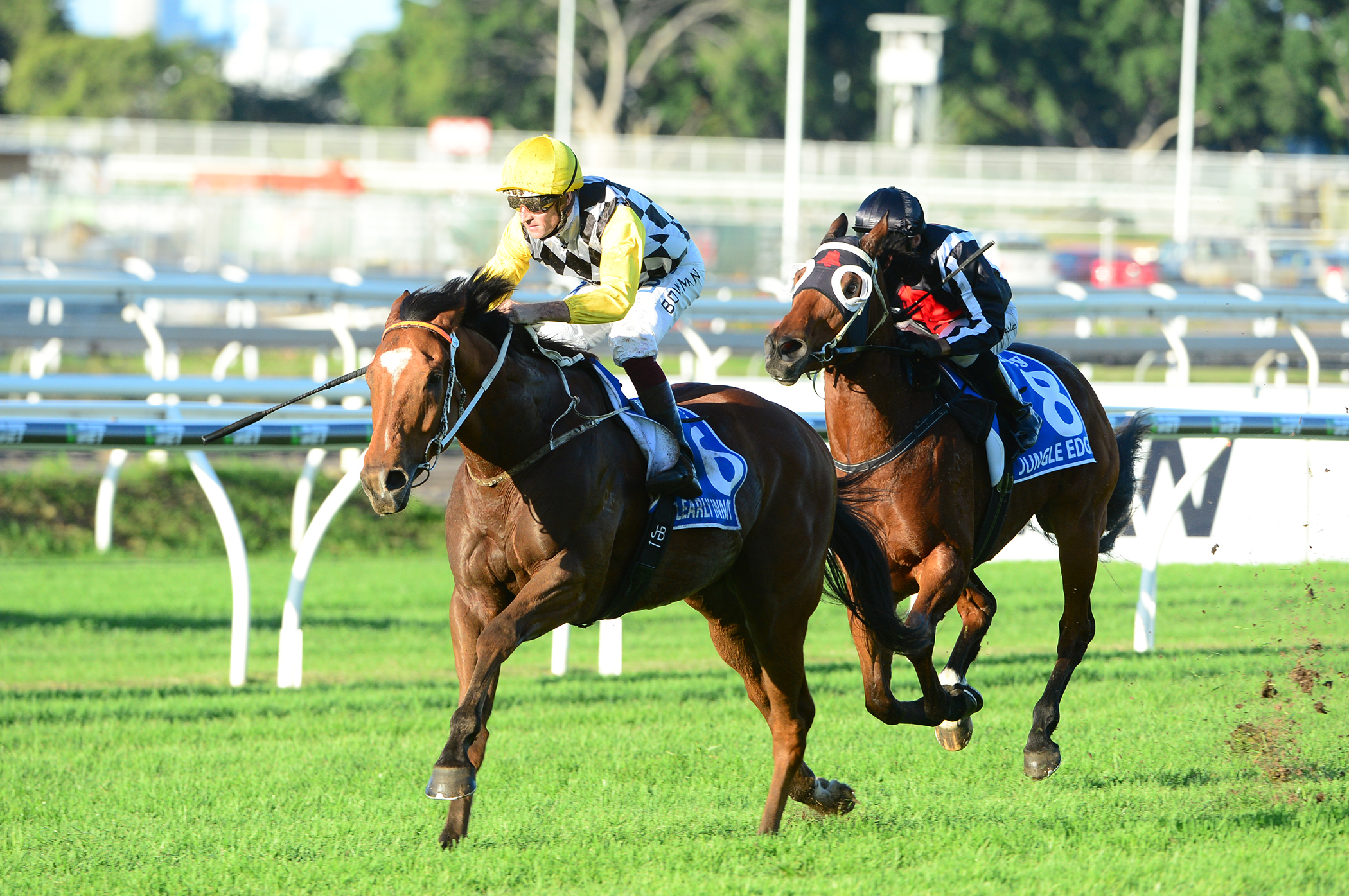 Bruce Neill doesn’t exactly strike you as a person who lets too many business plans go awry.

The Cressfield Stud owner is celebrating the victory of his home-bred, Clearly Innocent, in Saturday’s Group One Darley Kingsford-Smith Cup over 1300m at Eagle Farm, but freely admits it wasn’t all according to Hoyle.

“The idea is to sell the good ones and race the others, but Clearly Innocent must not have got the memo,” Neill says with a laugh. “We’ve got around 25 mares at Cressfield (a 4,000 acre property based at Scone in NSW) and all things being equal, we attempt to sell 10 of the resultant progeny on the Gold Coast and have 10 for Easter.

“While that’s the aim, there’s always a certain amount of attrition and that’s where Clearly Innocent comes in.

“He was never going to be a sale horse. He had poor conformation and it was touch and go as to whether he’d even race.

“As a matter of fact, his dam, No Penalty, had been a bit disappointing for us and we sold her for $16,000, in foal to Onemorenomore, at the 2013 Inglis Broodmare Sale.

“But Clearly Innocent kept developing so he was put in work with Greg Bennett and showed tremendous ability in his first trial and he’s continued to go onwards and upwards from there.

“It just goes to show that you should never give up in this game.”

Providing Cressfield with its first Group One winner as owners (Cressfield bred AJC Champagne Stakes winner Onemorenomore), Clearly Innocent won seven of his first nine starts – including the Country Championship at Randwick and a Listed Luskin Star at Scone  – and while the 5YO went winless last spring, he now has two on end this time in, including a second Luskin Star leading into Saturday’s victory.

Courtesy of the Kingsford-Smith, Clearly Innocent has broken through the seven figure barrier, taking his earnings to $1,059,100 from nine wins and a second in 15 starts.

Cressfield may not have to wait too long before further trophies come its way either as Clearly Innocent appears to be right on target for the $1.5 million Group One UBET Stradbroke Handicap at Eagle Farm on 10 June.

New trainer, Kris Lees – who took Clearly Innocent on after Greg Bennett accepted the role as Director of Racehorse Development at Aquis Farm – was quick to pay tribute to his predecessor.

“Greg looked after Clearly Innocent very well and I’m the one getting the benefit,” Lees points out. “It was a bit of a worry with the step up from Listed class at his last start win to a weight for age, but Clearly Innocent has taken the step now. He’s a very good horse.”

Clearly Innocent is one of four to race and the second winner for No Penalty, a stakes performed mare who is a three quarter sister to Listed winner, Gimmick, the dam of Group One winner Linky Dink and closely related to Rosehill Guineas winner Sale Of Century.

Clearly Innocent’s 3-time winning half sister, Champagne Kisses (the result of No Penalty’s mating to Onemorenomore) is being offered for sale on Tuesday – Lot 676 – as part of the massive Gold Coast Magic Millions National Broodmare catalogue.

Based in Hobart, but front and centre on Saturday for Clearly Innocent’s victory before heading on to the Gold Coast, Neill has a few mares to be sold under the Riversdale banner this week, including Buenos Aires, a half sister to Might And Power.

“I’m not really planning on buying anything on the Gold Coast this week, but who knows. Anything can happen …”