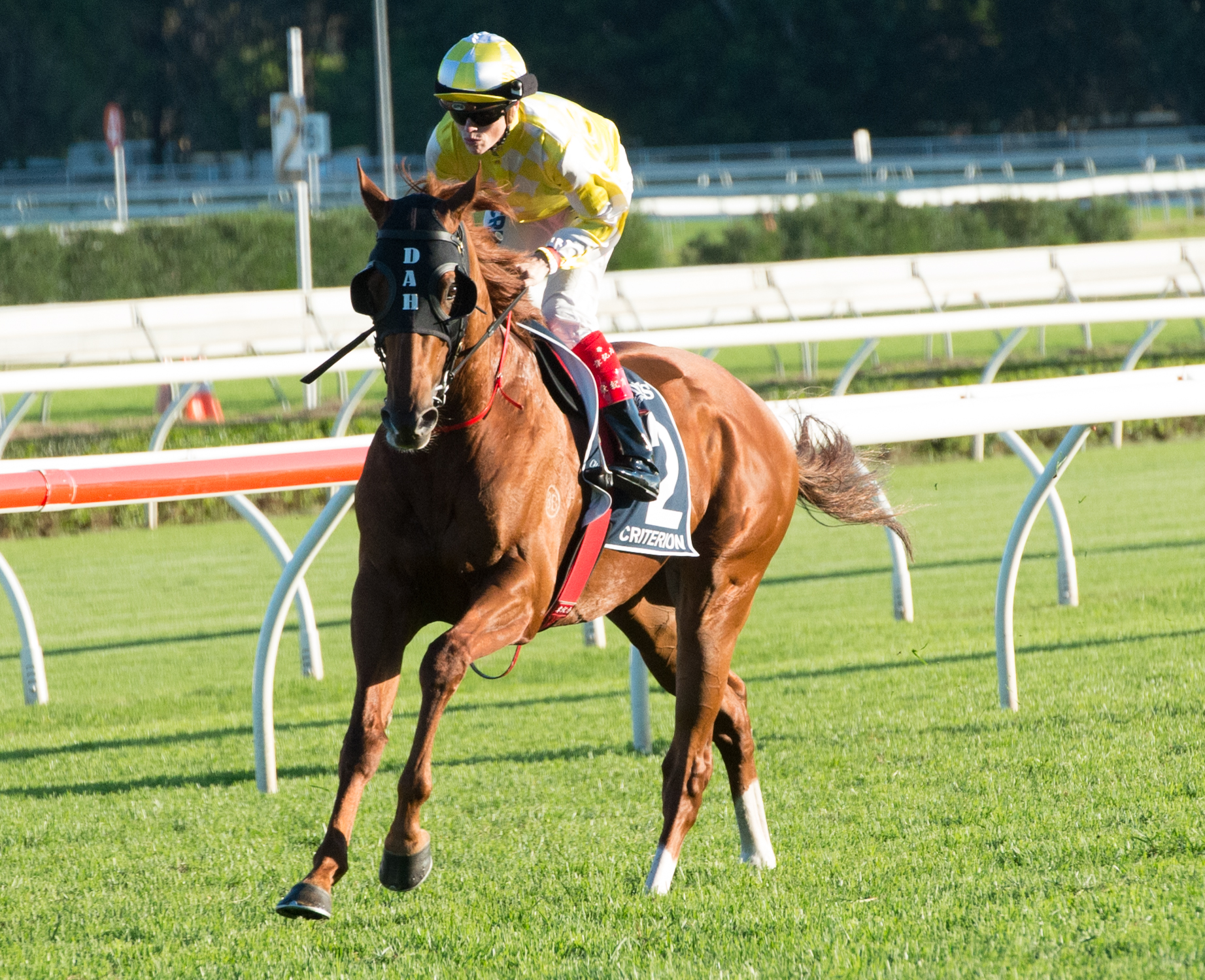 Hall of fame trainer David Hayes believes stable star Criterion is peaking ahead of his defence of the $4 million Queen Elizabeth Stakes- a race which may shape up as of the best contests of The Championships.

Criterion – who features in the Aushorse competition Own A Champion, which will see one lucky entrant ‘own’ 10 per cent of the stallion when he lines up in the Queen Elizabeth – finished third in Saturday’s Ranvet Stakes and will be at the top of his game by Saturday week.

Also in the mix for the Queen Elizabeth is the all-conquering Winx, who is an early favourite for that race as well as the Doncaster Mile, one week earlier.

Winx recorded her eighth straight win in Saturday’s Group One George Ryder Stakes at Rosehill, but David Hayes is confident the mare won’t have it all her own way at Randwick.

“He’s (Criterion) definitely trending in the right direction and I think that run (Ranvet) will have him peaking for the Queen Elizabeth,” Hayes said. “He got pushed out very wide on the turn, but then showed great acceleration and loomed up until his condition gave out.

“That he just flattened out in the last 200 metres is probably understandable, given it was only his second run this preparation and he was stepping up to 2000 (metres).

“You also have to remember that those horses he was up against were in their third or fourth run and I’m sure he will be more than competitive next time they meet. Winx is obviously a great mare but if he’s back to his best we’ll give her a run.”

Criterion – who has won four group one races and now been placed in 10 others – will line up for the last time at Randwick before retiring to Newgate Farm in the Hunter Valley.

The farm, which already stands Dissident, the 2015 Horse Of Year, will also manage the career of Saturday’s Slipper winner Capitalist when he retires to stud.

For your chance to be in Criterion’s camp for his last run, simply go to www.ownachampion.com.au and tell us what name you would give to a horse fathered by Criterion out of the mare Ruud Awakening.

If your name is chosen you and five friends will enjoy a lavish all-expenses paid day at the races on April 9 and a chance to be in the mounting yard with David Hayes and jockey Michael Walker as they discuss last minute tactics ahead of the race.

What’s more, thanks to the generosity of Criterion’s owner, philanthropist Sir Owen Glenn, the winner will receive a 10 per cent share in any prizemoney the horse earns– up to $200,000 if he wins.

Looking ahead to the Queen Elizabeth, Criterion’s trainer was also buoyed about the venue: “He’s a genuine star who has really competed well wherever he’s run in the world. But I believe his best performance was at Randwick last April and it’s definitely a track he excels at. “What’s more, he’s stabled at Randwick from now until the big race on April 9, so he’ll feel he’s got home ground advantage.”

Hayes added that Criterion will benefit from the run in the Ranvet, where he finished four lengths off The United States.

He said: “He came back to his stable after the race and ate all his feed, which is a very positive sign and shows he got over his exertions.

“He trotted up well too, which shows there are no injury concerns. So, it’s full steam ahead. We’ll give him a few easy days and then we’ll start stepping his training up and make sure he’s in the best condition possible by the Queen Elizabeth.”

Last year’s Own A Champion competition featured gallant mare Royal Descent, with reader Jonathan Wood experiencing the thrill of ownership when she lined up in the Doncaster Mile – as well as pocketing over $20,000 when she ran third.

Wood described the week leading up to the race as “surreal” and the day itself as “awesome.”

“It was a huge thrill. Just to be at the races on such a big day and meet Royal Descent’s real owners, Gerry Harvey and Katie Page, was fantastic, but winning the cash at the end of the day just topped it all off!