Webb Bears Witness As Filly Rises To The Occasion 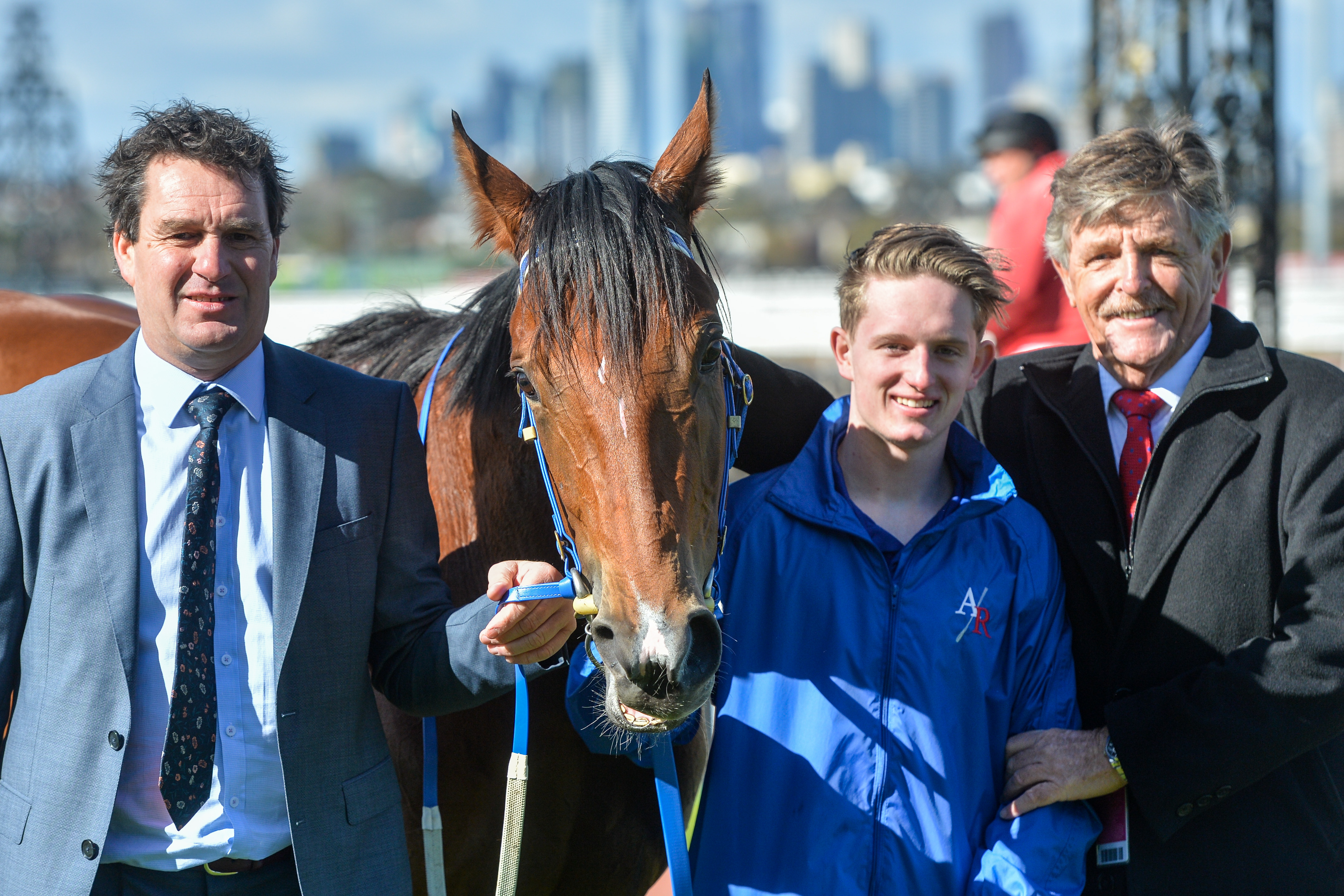 Unbeaten filly, Crown Witness, has booked a berth for the Group Three Quezette Stakes at Caulfield in a fortnight following an impressive victory in the 1000m Winter Lodge Handicap down the Flemington straight on Saturday.

Trained by Stuart Webb, the youngster sat just off the pacemaker, Madeneety, and it looked as if the other filly had pinched a winning lead, but Crown Witness surged over the final 50m to score with something to spare.

So much so that Webb believes Crown Witness’ future won’t be confined to shorter courses.

“From early days, she was the best young horse in the place and she’s gone on with it,” Webb points out. “Crown Witness has had a few hold ups along the way and we nearly had her ready for the autumn, but there were a couple of minor issues including a stone bruise.

“She’s been in the system for quite a while, so we’ll just wait and see how she goes in the Quezette and then play it by ear, but I wouldn’t be surprised if she’s just as effective over 1400m or longer.”

A daughter of the Widden based stallion, Star Witness (sire of dual Group One winner Global Glamour and eight other stakes winners), Crown Witness is out of the Kahal mare, Noble Heir, winner of the Group One Computaform Sprint in South Africa.

“I thought Crown Witness was going to go for too much money when I saw her at the 2016 Inglis Melbourne Premier,” Webb reveals. “I didn’t even get her vetted and after she was passed in, I spoke to James Bester who does a lot of bloodstock consultancy work for Robert (McClure). James assured me that the race Noble Heir won is the No. 1 Group One sprint in South Africa and thought Robert would be interested given that she’s such a well related filly. So, I managed to get her for $50,000. That looks to be excellent value given her potential and what she’s already done so far.”

“It was a no-brainer at that price. Stuart, James and I have got a good little team going and I buy around three or four top quality fillies each year, of which Crown Witness is one,” McClure points out. “James purchased another nice filly for me the year before in Kinetic Design who is now retired but was trained by Stuart and ran second in the Maribyrnong Trial on debut.”

McClure owns the boutique, 80 acre Morning Rise Stud at Red Hill in Victoria’s Mornington Peninsula which is home base for his 25 broodmares and dozen or so racehorses.

“The mares are actually scattered around a bit … we’ve partnered up on some of the mares with Coolmore and quite a few get in foal and head back to Morning Rise, while others stay in the Hunter.

“If the yearlings are likely to head to Magic Millions or Easter they’ll grow out and be prepared at Coolmore, while the ones heading to Melbourne (Premier) will be raised and prepared at Morning Rise.”

Regardless of whatever happens from here with Crown Witness, her flying start and terrific pedigree will ensure she gets the best of both worlds.