Dan’s The Man In Eye Liner 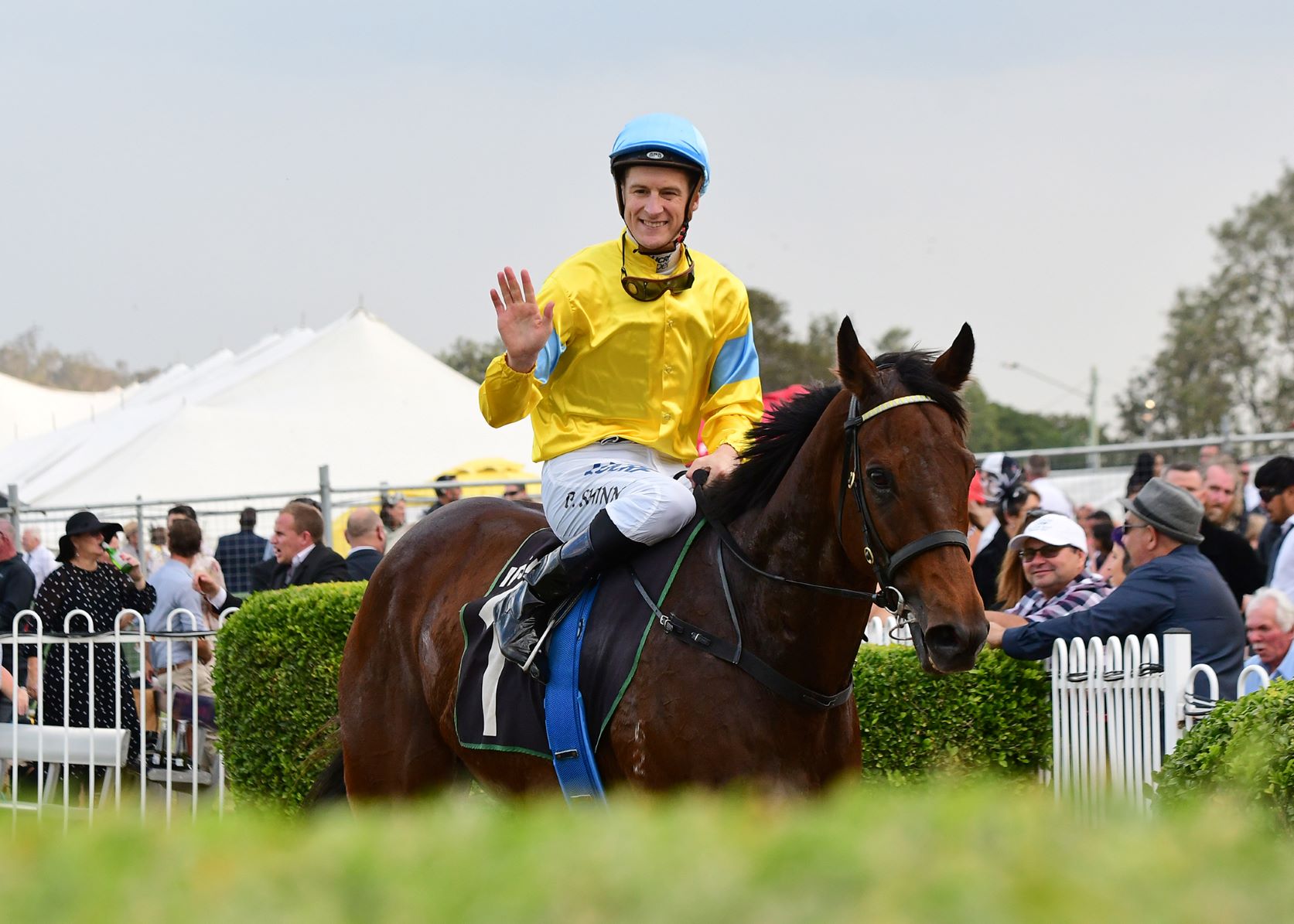 With four Australian-breds – Houtzen, Enzo’s Lad, Lim’s Cruiser and Comin’ Through – poised to take on the global elite at Royal Ascot this week, Perth trainer, Dan Morton, doesn’t need any reminders as to what he was doing in 2009.

It was 10 years ago – almost to the day – that Morton added to Australia’s honour board at Royal Ascot when his sprinting star, Scenic Blast became the third Australian-bred in four years to capture the King’s Stand Stakes and the fourth since Choisir paved the way in 2003.

They were heady times for Morton who earlier that year won both the Lightning and Newmarket with Scenic Blast, while another of his stable starts in Scenic Shot had won the first of two Doomben Cups, his second PJ O’Shea Stakes and the Brisbane Cup throughout that year’s Brisbane winter carnival.

Fast forward to June 2019 and Morton has swapped a top hat and tails with an open neck shirt as he cheered home Man Booker to capture the Listed City of Ipswich Eye Liner Stakes over 1350m on Saturday: the 6YO’s first black type victory in the east after six stakes successes in Western Australia, including the Group Two WA Guineas.

The sole stakes winner for Galileo stallion, Discorsi, Man Booker has won 11 of 26 starts, with a further three placings, while the Eye Liner takes his earnings past the $1 million mark.

Unfortunately for connections, the trip to Queensland hadn’t turned out quite as planned with Man Booker finishing eighth in the Doomben 10,000, 13th in the Kingsford Smith Cup and 14th in the Stradbroke – all at Group One level – but the Eye Liner (and it’s $103,000 first prize) was a more than worthy consolation prize.

When asked after the race if Man Booker would have another start in Brisbane this campaign, Morton replied “no” but joked “at least now we can afford to take him home”.

“The Eye Liner was a good result following the disappointments of the Group Ones and he certainly fought on well,” Morton points out. “I’ll spell Man Booker in Queensland before bringing him back to Perth where his main target will be the (Group One) Railway Stakes in November.”

“He (Man Booker) wasn’t that fashionably bred – there was no Achernar Star at that stage – but he was a lovely type and Grant Burns from Magic Millions put me on to him,” Morton remarks. “He’s certainly been worth every penny!”

Now, while it’s unlikely that Morton will be making any trips to Royal Ascot with Man Booker, he would like to return one day.

“It was a fantastic experience and, no, we didn’t get to meet the Queen … somebody must have given her the heads up we were Australians,” Morton adds with a laugh. “I just wish all the Aussies the best for this week. It’s not a week that their connections will forget in a hurry.”