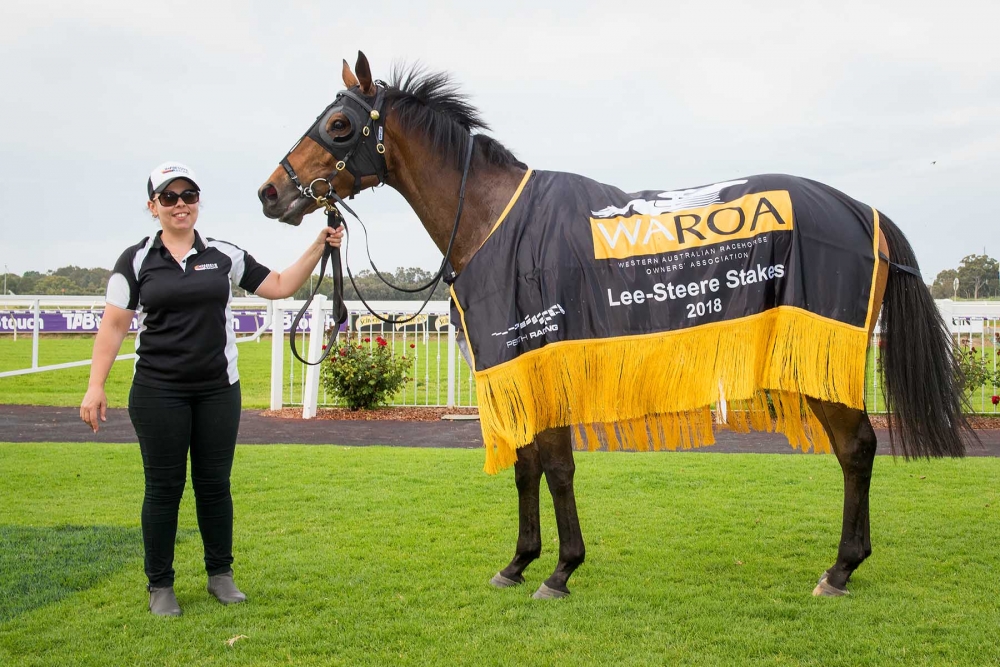 Training a running black type double is well, impressive, by any measure.

But how about breeding both and racing them as well?

Oh, and something else … the dams of Gatting (Stubborn) and The Velvet King (Doubleblack Velvet) were purchased at the 2013 Magic Millions National Broodmare Sale too: Stubborn for $17,000 and Doubleblack Velvet for $7,500.

Stubborn was in foal to Hard Spun at the time, carrying Gatting who – courtesy of a Group Two WA Derby, Listed Melvista, Listed Ascot Gold Cup and now a Lee Steere – has since won $970,700 in stakes.

The 3YO, The Velvet King, admittedly has some catching up to do with a prizemoney tally of $216,055, but a proposed tilt at the $500,000 Group Two WA Guineas in a fortnight could lift that figure considerably.

Gatting, meanwhile, will be aimed at the $1 million Group One Railway Stakes on the same day as the Guineas and, given the previous two Railway winners – Great Shot and Scales of Justice – were among the beaten brigade of Saturday, Impressive is impressed at his chances come 24 November.

Another of the stable stars in Rebel King – yes, also bred by Impressive – is due to race in the $1 million Group One Winterbottom Stakes on 1 December, having last been sighted winning the Listed Idyllic Prince Stakes at Belmont in September.

A third generation trainer, McAuliffe has been saddling horses up for the past 17 years and boasts close to 40 stakes wins during that time. Stationed near Perth’s Lark Hill training complex, McAuliffe has 30 in work and breeds from around 20 mares annually.

While Gatting is a son of Darley’s former Victorian based stallion Hard Spun (Shane Warne fans will pick up on the name!), The Velvet King and Rebel King are both by Scenic Lodge Stud’s Universal Ruler.

“Darren trained Universal Ruler who won four stakes races including the Belmont Sprint before heading off to stud over here in WA where he’s produced five stakes winners: with Darren training four of them,” Impressive Racing’s manager, Kevin Berry points out. “He’s also had Abdicator win a Breeders’ Classic and Military Reign the Beaufine Stakes.

“Gatting’s dam, Stubborn, was sold for $200,000 at this year’s Magic Millions National Broodmare Sale, which is a pretty good return on the original $17,000, while The Velvet King’s mum, Doubleblack Velvet produced a full sister to the Fairetha winner in August and is back in foal to Universal Ruler.

“It’s shaping up to be a promising few months ahead … hopefully we can double up the double in a fortnight!”