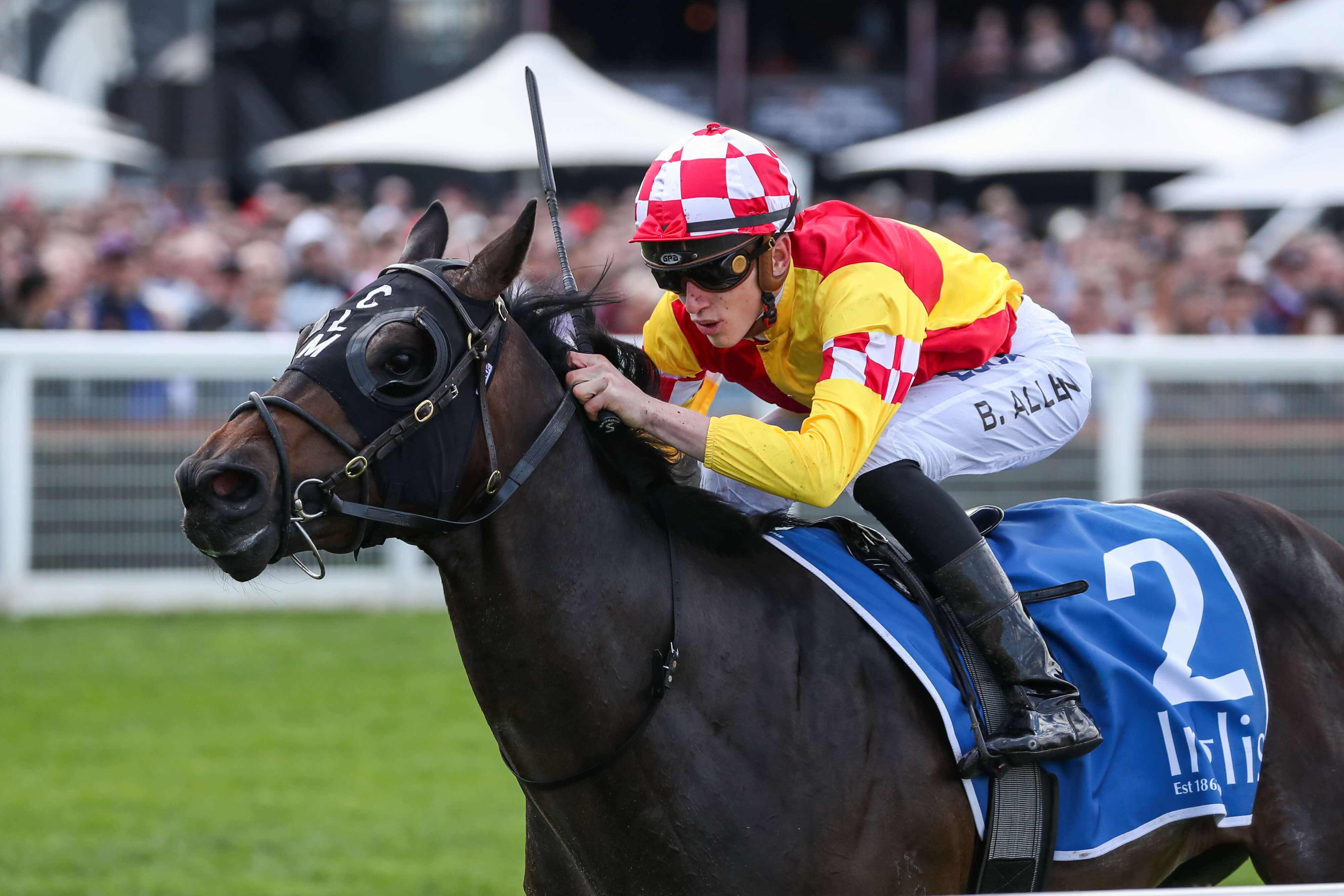 A sad postscript has unfolded amid the excitement surrounding Tanker’s victory in the Debutant Stakes.

Besides stamping himself as a colt with obvious potential when he passed most of the field to claim the Listed race, Tanker also gave freshman sire Pride Of Dubai his first Australian winner.

From a limited sample, Tanker’s Caulfield win rates among the better two-year-old performances we have seen in the new season.

The son of Pride Of Dubai, Tanker launched at the top of the straight and wins the first at Caulfield in dominant fashion. pic.twitter.com/XH8ofy6yVi

But it also came with a reminder of how breeding thoroughbreds can be a fragile pursuit despite its rewards.

“There were complications after the birth and there was nothing we could do,” Smith said.

“It’s unfortunate but I’ve been in this game for a long time and you learn to roll with the punches.”

Smith and his wife Andre run Edinburgh Park Stud, a boutique thoroughbred farm on the NSW mid-north coast that produced one of the world’s great sprinters in Silent Witness.

He paid $150,000 for Calcatta off the track at the Magic Millions Broodmare National Sale and despite the mare’s untimely death, his investment in early speed has been vindicated.

Tanker is the third foal from Calcatta, a Tale Of The Cat mare who won two races, including the SAJC Dequetteville Stakes over 1100m at Morphettville for two-year-old fillies.

Her second foal is by Choisir and races as Lady Naturaliste.

Smith will be able to take solace from Calcatta’s death because he retained a share in Tanker after selling the colt for $170,000 at this year’s Magic Millions Yearling Sale.

Trained by Ciaron Maher and David Eustace, Tanker had work to do in the Debutant but ultimately won eased down in the manner of a good colt.

“He’s from an early-running two-year-old family and he always looked like he could run early so he’s delivered on what we thought he could possibly do,” Smith said.

“At the time we thought he might bring a bit more than he did but the most important thing is that he went to a good trainer which he did in Ciaron.

“Ciaron and the team said he had a good motor and it was just a matter if what was under the hood was going to come out on race day.”

Maher said he recalled Calcatta during her racing days under the Aquanita banner in Melbourne.

“She was only very small but very quick and that’s what pushed me into buying this horse,” he said.

“He is a bigger stronger version and he will improve so much after today … so he has a bright future.”

Tanker will have an abbreviated rest before his next campaign is decided but Smith says winning the Debutant will have its benefits.

“He’ll only have a short break because he is a big, robust colt and a long break won’t suit him,” he said.

“Now that he has won that race with the prizemoney, the pressure is off because we can place him where it suits the horse..

“We can go where he wants to go and not where we think he should be going to find the ultimate goal.

“Ciaron has been there and done that. He knows how to place his horses.”

Tanker is the second winner for Pride Of Dubai after his daughter Platinum Dubai won first time out in New Zealand on September 26.

One of Street Cry’s better-performed two-year-olds, Pride Of Dubai raced five times for the Sydney father-and-son training partnership of Peter and Paul Snowden.

His two wins came at Group One level in the Blue Diamond Stakes and the ATC Sires’ Produce Stakes in 2015, completing a double not previously achieved in Australian juvenile racing.

Pride Of Dubai is a member of Coolmore’s shuttle brigade, standing this season in Australia for an advertised service fee of $38,500.

He covered almost 500 mares in his first three seasons here.

A shuttler to Ireland, Pride Of Dubai’s first crop of northern hemisphere foals have recently gone through the yearling sale ring.