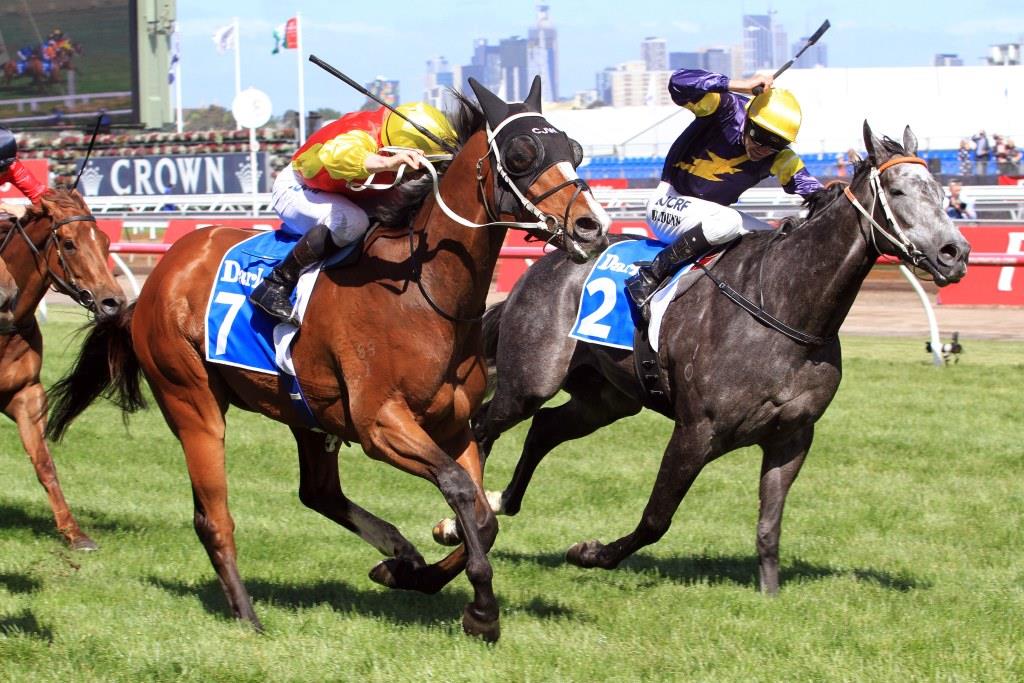 With the result of Saturday’s Group 1 Darley Classic not going the way most thought it would, it was the Chris Waller-trained Delectation who stormed through the field to claim the coveted sprint.

Delectation’s win means he may now be targeted at Royal Ascot, while the beaten odds-on favourite Chautauqua is still likely to head to Hong Kong for the International Sprint in December.

A winner of the Group 1 Manikato Stakes at his most previous outing, the Hawkes Racing-trained Chautauqua settled towards the tail of the field with Shamardal’s Delectation.

As Buffering high-tailed it in the lead, Chautauqua headed towards the middle of the track, while Delectation charged through the field, getting up in the final stride to give his Darley Europe-based sire his 15th individual Group 1 victory and give trainer Chris Waller and jockey James McDonald their first Group 1 winner together.

Backing up after finishing fourth the Saturday prior behind the Newhaven Park-bred and sold Éclair Choice at Group 2 level, trainer Chris Waller was asked was it a difficult decision to back up the four-year-old.

“It wasn’t. It just didn’t work out for him last Saturday and we were very bullish about his chances,” he said. “It’s deflating when you go home without winning so you look for the next chance. He was obviously nominated for the race and he pulled up so well.

Purchased from the Inglis Easter Yearling Sale for $250,000 for onwer Mr C C Lai from the draft of Vinery Stud, Delectation joins Atlantic Jewel and Commanding Jewel as other Group 1 winners bred by Mr Greg Perry.

Now in the mix for a possible tilt at further Group 1 glory by heading to Royal Ascot in 2016, Waller knows all too well about the Royal Ascot experience, having prepared Zoustar in 2014 and Brazen Beau 2015.

Interestingly, Delectation finished second to Brazen Beau in the 2014 Group 1 Coolmore Stud Stakes down the Flemington straight before the son of I Am Invincible headed to Ascot for a narrow second in the Group 1 Diamond Jubilee.

“We had such a good time there this year and I want to go back. Maybe it will be with (Caulfield Guineas) Press Statement or (Coolmore Stud Stakes) Japonisme or this bloke,” stated Waller.

For the beaten Chautauqua, part-owner Rupert Leigh said the Group 1 Hong Kong International Sprint is still on the agenda.

“We have no excuses,” he said. “He probably didn’t get onto the best part of the track but you can’t take anything away from the winner. It is all ahead to Hong Kong.”