Deploy Reigns For Torryburn At Doomben 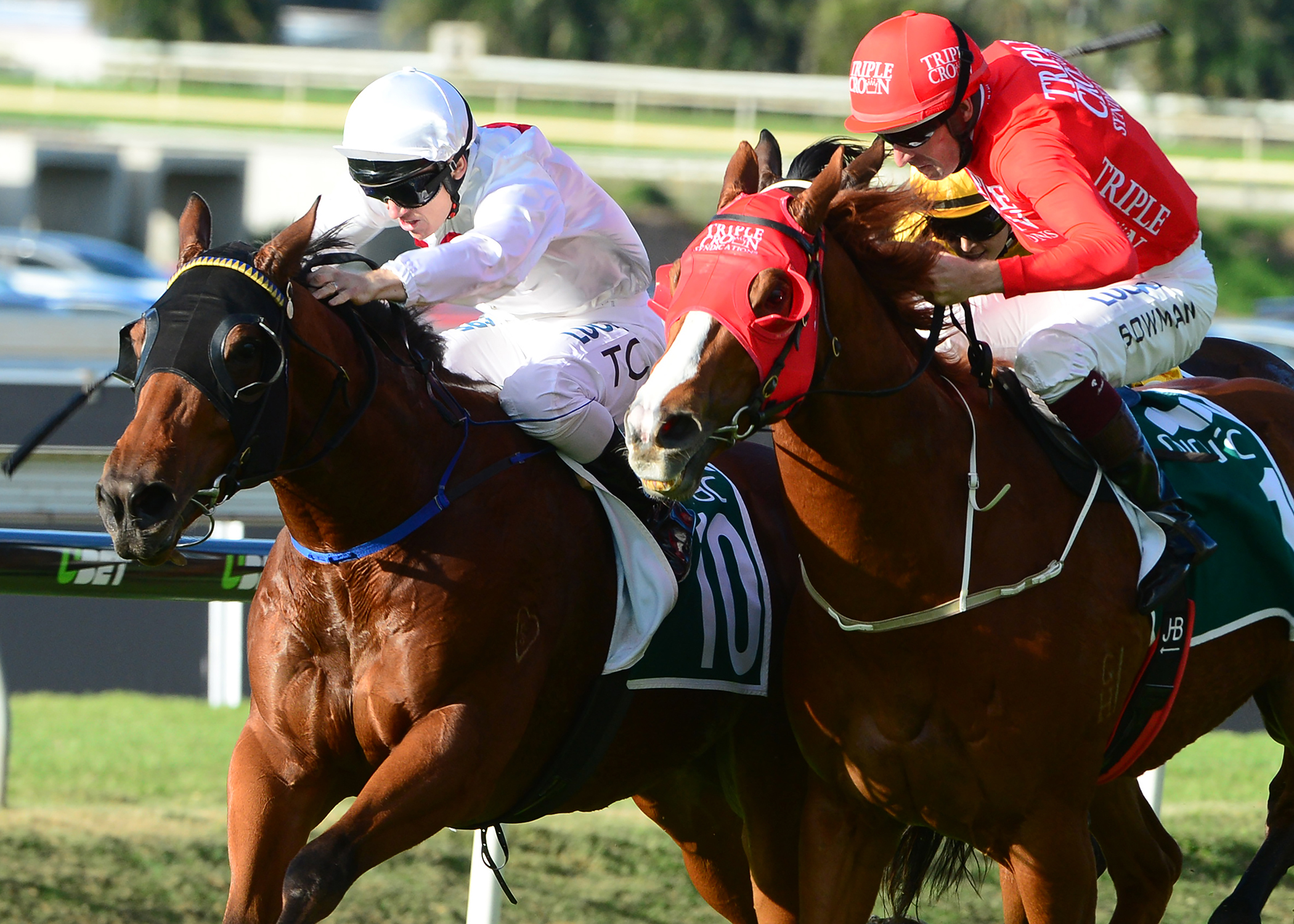 And why not? After all, it appeared for all money that Deploy would be outmuscled by Dothraki in that game of thrones, but the Fastnet Rock flyer held on gamely to score a resounding victory over the 1200m at Doomben: his first at stakes level.

Trained by Gerald Ryan, Deploy had previously compiled a more than handy record with five wins and six placings from 12 starts.

Indeed, Deploy has now won five of his last six, resuming with a half length second in the Listed Ortensia Stakes at Scone on 13 May before heading north.

The obvious question after Deploy’s Group Two win was whether he would back up in next week’s $1.5 million Group One UBET Stradbroke Handicap, but Cornish said it was highly unlikely.

“You never make a decision on race day and we’ll talk with Gerald through the week and see where he heads next,” Cornish points out. “He’s only lightly raced at this stage and that was a big step up to win a Group Two. There are plenty of other good races around for him.”

Cornish bred Deploy out of his multiple stakes winning Red Ransom mare, Crimson Reign, whom Torryburn purchased as a yearling for $260,000 before she went on to win $932,837 on the track.

“She’s been a great mare for us,” Cornish adds. “Her first two runners are both multiple winners, her 3YO filly, Red Hearts, is very promising and back in work with Peter Snowden, the 2YO (Wokurna) has been broken in and, we’ve retained her Sebring yearling.

“Crimson Reign produced a Smart Missile colt last spring and is now in foal to Pride of Dubai. The mare will go back to Fastnet Rock this spring.

“It’s a great family – a lot of North American black type – and we’ll be keeping hold of all her fillies … some of the colts too.”

Deploy was offered by Torryburn at the 2014 Inglis Australian Easter Yearling Sale where he was eventually knocked down to Segenhoe Stud for $450,000. Cornish, wisely, decided to keep a share in the horse.

Torryburn Stud, once the home of poet Dorothea Mackellar and based at Gresford in NSW, was purchased by property developer, Cornish and his family in 2002 and is one of the major players in the Hunter Valley.

“Mare numbers vary, but we’d have around 70 to 75 mares on the property – our own mares and those of clients. We’ve spent a lot of time and energy building up the farm over the last few years and it’s always a work in progress, but we’re just happy to let the horses do the talking.”

One of them shouted on Saturday!

Coolmore Australia’s Sales & Nominations Manager, Colm Santry, was – naturally enough – impressed by Deploy’s win and the lofty deeds of Fastnet Rock: “Deploy has been touted as a potentially high-class horse ever since he was a 2YO, so it is great to see him deliver on his potential for connections, particularly the Cornish Family, who are such great supporters of racing.

“Deploy is Fastnet Rock’s 118th career stakes winner and the 50th of his offspring to win in Group One or Group Two company, while Oklahoma Girl, who was a fast-finishing third in the Queensland Oaks, is his 65th career Group One performer. Those are stunning figures for a stallion that turns 16 in August.

“Each year breeders learn a little bit more about him and his offspring which prompts a fine-tuning of the manner in which he is patronised, leading to better and better results.

“It was actually a very good 24 hours for Coolmore with Highland Reel winning the Group One Coronation Cup at Epsom. Highland Reel is out of the Australian-bred, Danehill mare, Hveger, and is a terrific ambassador for what is one of the great, contemporary Australian families.

“He has won Group Ones on three continents and continues the amazing record of the family of demonstrating it’s versatility right around the globe, following on from Elvstroem, Haradasun and Starspangledbanner. He is a very rare commodity and just seems to keep getting better and better, season after season.”