Devitt On High With Caulfield Double 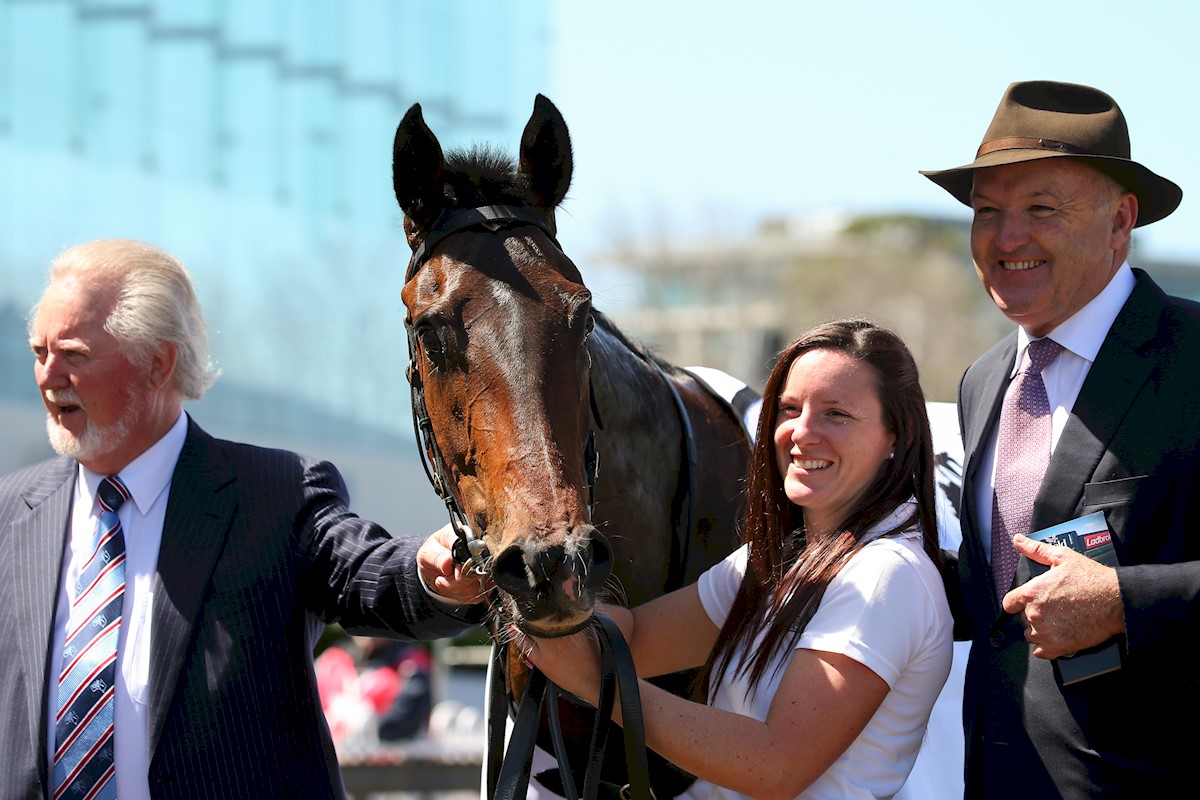 Peter Devitt still reckons the late and great, Colin Hayes, was one of the best salesmen who ever lived.

Back in the mid 80’s, Devitt and close friend/business partner, Les Gordon, decided to approach the champion trainer about racing a horse with him. ONE horse.

“Well, we all know what Colin was like,” Devitt recalls. “Next thing you know we had an interest in six horses and, as luck would have it, the first of those to race turned out to be King’s High.”

That horse would be a game-changer – at least as far as Devitt & Gordon were concerned. The point from which there is no return.

Winning the Great Western on Cox Plate day in 1987, King’s High followed up a year later by taking out the Victoria Derby and, in the autumn, the Australian Guineas.

Along the way, King’s High won a further four Group races and almost $1.5 million in stakes. As a great grandson of breeding immortal, Star Kingdom, a career at stud was assured.

Unfortunately, despite his name, King’s High didn’t rise to any great heights in the stallion barn and was subsequently sold to South East Asia in 1997.

“By that stage we had purchased around 50 mares to support King’s High at stud, but he wasn’t much good,” Devitt adds.

Despite the meteoric start with King’s High it was nearly 20 years before Devitt and Gordon had another Group One winner.

“Niconero was a terrific racehorse and won five Group Ones for us … the Futurity in 2008 and 2009, the Fruit ’n’ Veg and Kingston Town Classic in Perth and the Australian Cup,” Devitt points out. “He was out of Nicola Lass who we also bred and raced and she was a very good racemare too. She’s something of a ‘blue hen’ given that another of her progeny is Nicconi.”

A speedy galloper by the Danzig stallion, Bianconi, Nicconi won two of the sprinting majors – the Galaxy and the Lightning – before being retired to Widden Stud in 2010.

With his oldest progeny now 5YOs, Nicconi produced his eighth stakes winner on Saturday – Hear The Chant in the Group Three Thoroughbred Club Stakes – and, fittingly, she too is a Devitt/Gordon home-bred.

Actually, it turned out to be a real red letter day for Devitt on the black type packed Caulfield program with yet another home-bred in Wait For No One (by Lonhro) capturing the opening event – the Listed Debutant Stakes for 2YOs.

“I thought that was a terrific run … he (Wait For No One) had to do all the work up front and then held on despite the second horse coming at him. A very promising effort,” Devitt enthused.

“But I was really happy with Hear The Chant’s performance in the Thoroughbred Club Stakes. That was her first stakes win and she’s by Nicconi. Lindsay Park, the Gordon family and I still own 70% in Nicconi and he’s going from strength to strength.

“We ended up buying around 20 mares to support Nicconi when he went to stud, but as it turned out, we didn’t need to. He covered 577 mares in his first four seasons at stud and, as of last week, he’s got 211 mares already booked to him this spring.

“Sadly, Les passed away in 2012, but I still race horses with his sons and with days like Saturday, I’m still enjoying it as much as ever.

“We’ve scaled the broodmare numbers back a bit though as Nicconi doesn’t look he’s going to need too much help from us!”