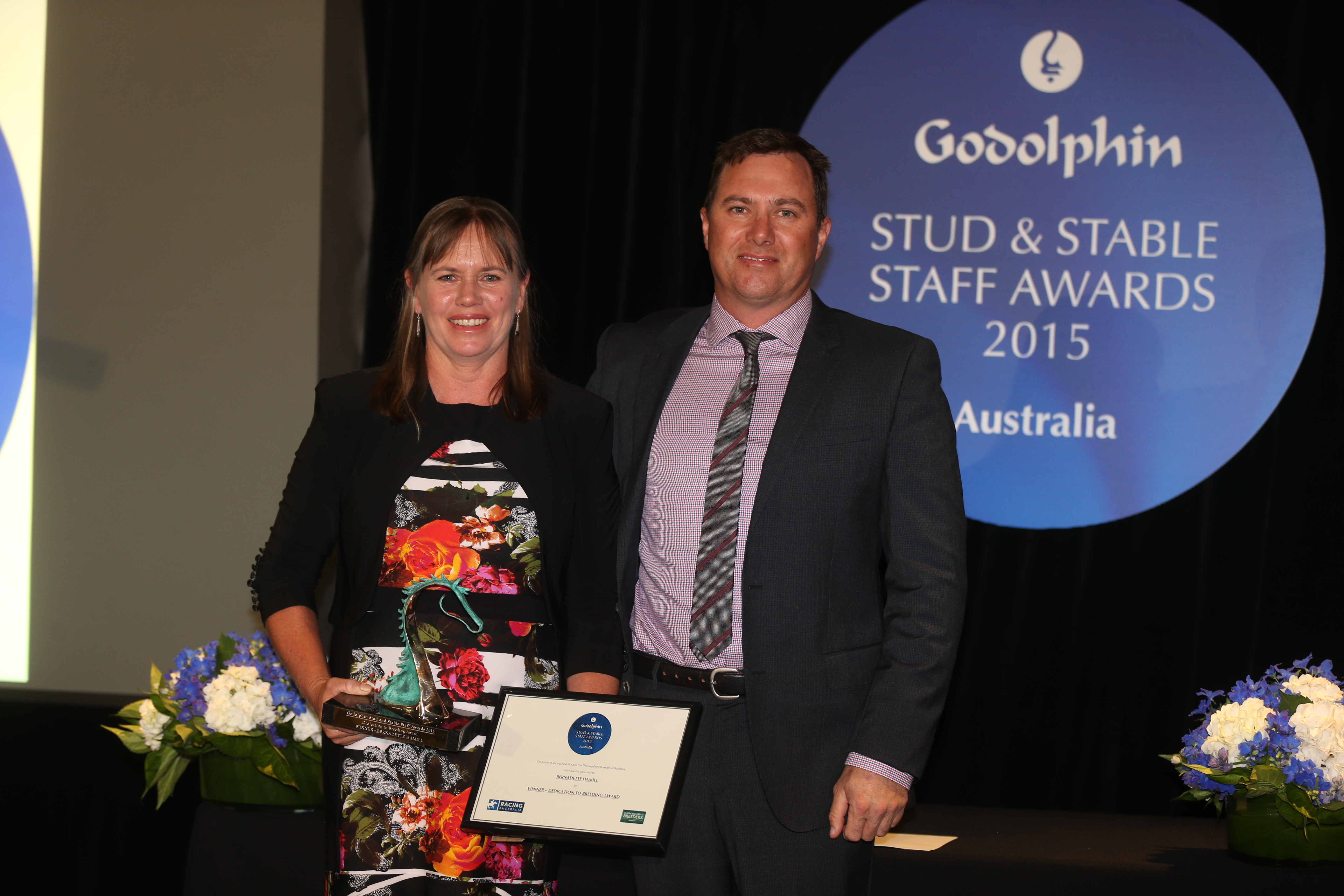 One of the major objectives of the Godolphin Australian Stud and Stable Awards is to recognise a broad range of roles in the thoroughbred industry.

It is also an aspect of the awards initiated by Thoroughbred Breeders Australia and Racing Australia that gave Bernadette Hamill so much satisfaction when she was voted the winner of the Dedication To Breeding category.

Bernadette is the Stud Manager at Yarradale Stud in Western Australia, a position she took up in 2004 after joining the farm’s staff in 1996, having begun her career at Haddow Stud in WA in 1981. She has also worked in the US at Three Chimneys Farm in Kentucky and at Cheveley Park, Newmarket in the UK.

“This is a brilliant scheme, it makes so many people who have gone largely unnoticed by the public feel that they are appreciated and acknowledged. It adds to the incentive to do better, to make the extra effort. Personally it is a really welcome award, but I like to think it gives encouragement to everyone in the racing and breeding industry,” Bernadette says.

“I suppose I’m like everyone else who was nominated; I was honoured, not just for myself, but for all of the people who work away from the front line of the industry.”

“I think there is often a lack of knowledge and understanding of how much it takes to get a horse from its birth to the racetrack. These awards provide a wider understanding of that, they take things beyond the glory of racing.”

“I really think Godolphin, TBA and Racing Australia have nailed it, especially with the broad spectrum of categories in the awards, from breeding to breaking, and especially after-care of horses when they’ve finished racing.”

“I wasn’t aware that these awards existed in other countries until I was nominated for the first Australian awards, but since then I’ve been amazed at how many people know about them. The awards can only become more and more important.”

Yarradale’s bloodstock advisor Grant Burns, who played a large part in her nomination, paid tribute to Bernadette: “Bernie knows each and every broodmare, all of their foals, where they have gone, who trained them, what they look like, what their traits were – she does not miss a trick, and it is this that makes her value unquantifiable.”

“The Godolphin Stud and Stable Award is a perfect recognition of her work and that of every other recipient.”