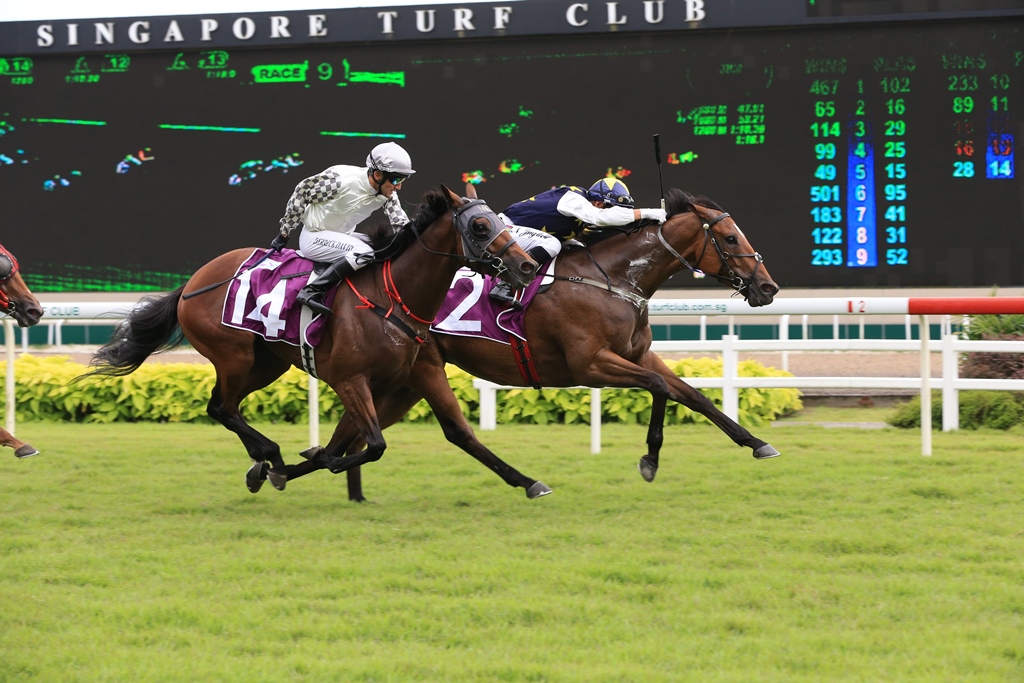 He wasn’t going to give in!

Spanish Bay was a relative outsider in Sunday night’s S$200,000 Group Three Saas Fee Stakes in Singapore but, despite a bumping duel with the eventual runnerup, the James Peters trained sprinter eventually endured to notch up his second black type victory in a thriller.

Purchased as a yearling by Michael Freedman and Michael Wallace, Spanish Bay races for Bernard Lee’s Horizon Stable who also won the Saas Fee Stakes three years ago with another Australian-bred flyer in Holy Empire. At that time, Peters was assistant trainer to Freedman.

During his tenure in Singapore, Freedman trained a host of topline gallopers including – memorably – the I Am Invincible stallion, Super One, Singapore’s Champion 2YO who is now standing at Newgate Farm in Australia.

English-born, Peters, has clearly learned his lessons well and it was a polished performance by Spanish Bay on Sunday: “When he can dictate from the front like that, he’s hard to beat,” Peters said post race.

Meanwhile, Spanish Bay is out of the Rory’s Jester mare, Belle Jest, a close relation to the Khaptivaan family.