Drinks On Barry As Caipirinha Cruises To Stakes Victory 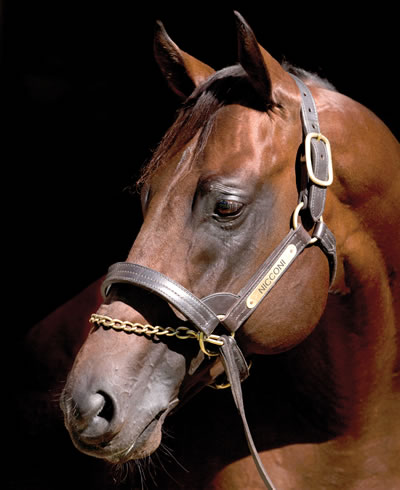 Barry McRostie and his wife Jan were on the Queen Mary, sailing from Perth to South Africa, and – as you do – happened upon the bar.

Checking out the various beverages on offer, McRostie decided to order a ‘Caipirinha’, the national cocktail of Brazil.

It must have travelled OK because McRostie wrote the name down and both he and his wife thought it would be a good name for a horse.

A fast horse as it turns out with the filly named after a cocktail breaking her maiden on Saturday in the best way possible, by taking out the black type Arlec-Australia Belgravia Stakes at Ascot.

It was Caipirinha’s fifth outing, but according to trainer, Simon Miller, she’s shown plenty of ability from very early in the piece.

“I’ve always had an opinion of Caipirinha and actually put her up against Whispering Brook on debut in the (Listed) Gimcrack Stakes,” Miller explains. “She ran a very good third and then finished fourth in the (Group Two) Karrakatta Plate, just two lengths off the winner.

“She then ran solidly first up as a 3YO, finishing second behind a smart galloper and then pulled up a bit crook when a half length second next time.

“It was nothing serious though and she really lived up to her potential on Saturday.”

“I mostly buy fillies and had asked Simon to pick out four or five for me at the sale to have a look at,” McRostie points out. “Caipirinha’s sire Nicconi (Faatinah, Chill Party, Nicoscene, Hear The Chant etc.) is now having a terrific run, but wasn’t necessarily that fashionable at the time.

“What’s more, Caipirinha had this huge scar on her bum around which the flesh looked quite proud: she’d only done it just before the sales and I think it might have put a few people off.

“But she’s a beautiful stamp of a horse and I got her vetted and was told there was absolutely nothing wrong with her.

“After the Belgravia she’ll race in the (Listed) Burgess Queen Stakes on 1 November before the (Group Three) WA Champion Fillies Stakes on 12 November.

“It was a similar path to what Miss Rose de Lago followed in 2013 and although she finished fifth in the Belgravia, she came out and won the next two.

“It’s one race at at time for us, but we’d be very happy if she ended up as good as Miss Rose de Lago.”

If that is the case, chances are the McRosties will have a Caipirinha or three to celebrate.

HOOFNOTE: McRostie revealed that Miss Rose de Lago had contracted a virus and was now out in the paddock, due to return for the autumn before retiring to stud in 2017.

Miller, meanwhile, was philosophical about his stable star, Whispering Brook, being scratched at the barriers before Saturday’s Group Two LUCRF Super Vase Stakes at Moonee Valley.

“There wasn’t too much wrong with her (Whispering Brook) but I’d much rather they err on the side of caution. She’ll now run in the (Group One) Myer Classic at Flemington on Saturday so, who knows, it might all turn out for the best.”

Ironically, Miss Rose de Lago was being targeted for the Myer Classic before her enforced spell.