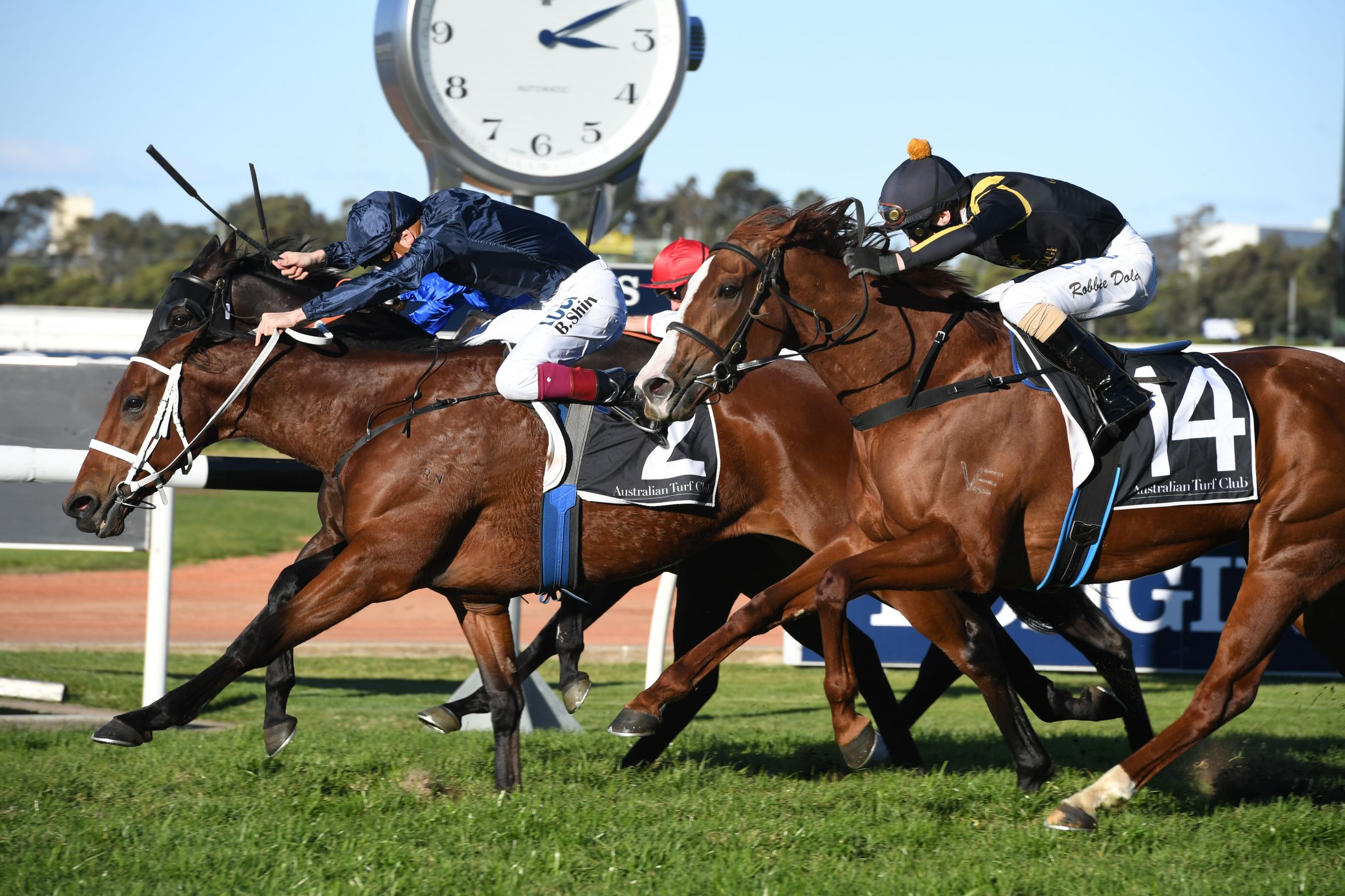 When it works, it works …

Paying $750,000 for a multiple Group winning I Am Invincible mare is hardly earth shattering news. Nor, for that matter, did it raise any eyebrows when the same mare was sold for $50,000 as a weanling five years earlier.

Let’s face it, Saturday’s Listed Winter Stakes winner, Eckstein, is something of a poster child for the thoroughbred industry.

Bred in NSW by Redbank North (also breeders of Group One winner Single Gaze), Eckstein hails from the third crop of Yarraman Park’s superstar, I Am Invincible, who stood – at the time – for a fee of only $11,000 (nearly 50 stakes winners later, I Am Invincible stands this season at a fee of $247,500).

So, while $50,000 for one of his weanlings back then was good value, a phalanx of black type winners over the next 12 months (among them Group One Coolmore Stud Stakes winner Brazen Beau), saw Eckstein triple her value and she was subsequently knocked down for $165,000 at the 2015 Gold Coast Magic Millions Yearling Sale.

Part-owned by best mates Alan Cardy (a former top Wallaby) and Michael Wiener, the filly was named after 9-time World Champion Ironman, Shannon Eckstein, whom Wiener has sponsored throughout his illustrious career.

Despite a disappointing eighth on debut at Warwick Farm as a late spring 2YO, Eckstein was a revelation at three, winning four straight – including her first black type victory in the Mode Plate – and finishing third in the $2 million Magic Millions 3YO Guineas.

Since then, the now 5YO mare has won the Southern Cross and Glenlogan Park – at Group level – the Listed Paris Lane Stakes and, as of Saturday, the Listed Winter Stakes.

All up, Eckstein has won eight races with a further six placings (among them a lip second to Shoals in the Group One Myer Classic) for $1,149,785 in stakes.

Determining that Eckstein’s racing career was nearing its end, Cardy, Wiener and fellow owners consigned the mare to the 2019 Magic Millions National Broodmare Sale in May where she was knocked down to Coolmore’s Tom Magnier and Colm Santry for $750,000.

“Eckstein was one of around 20 elite mares that Coolmore purchased this year, specifically to go to Justify this spring,” Santry explains.

(An unbeaten son of Scat Daddy, Justify was North America’s Horse of the Year in 2018 and winner of the Triple Crown).

“Coolmore doesn’t actually keep many of its mare purchases in training but an exception was made for Eckstein, particularly as she had run an absolute blinder about 10 days before the sale when third in the Group Three Moreton Stakes at Eagle Farm.

“We switched her to Chris Waller’s stable and she ran a very good sixth in the (Group One) Tatt’s Tiara, having no luck whatsoever and beaten one and a half lengths.

“So, it hardly came as any great surprise when she won at Rosehill on Saturday. It’s up to Chris but she could have another run in the (Listed) Winter Challenge in two weeks time before heading off to stud.”

Professionalism aside, Coolmore’s Nominations & Sales Manager had another very good reason to be cheering home Eckstein.

“Michael (Wiener) is my father-in-law and my wife, Nikki, has also been a part-owner throughout the mare’s career,” Santry reveals. “When it was decided to put Eckstein through the sale, both Nikki and I decided to buy into the new ownership as well, so you can imagine we were pretty happy on Saturday.

“Terrific day all round actually. Shannon (Eckstein) flew down from Brisbane to see the race and, especially with all the buzz around Justify, the next part of the journey is very exciting too.”

Winner of the Group Three Gimcrack Stakes, Agent Pippa was knocked down to Australian Bloodstock and co. for $200,000, re-couping some $60,000 on Saturday but adding immeasurably to her broodmare value.

Another I Am Invincible mare in Bella Success, was a winner at Doomben last month after being sold at the National Sale just a week or so earlier.

Australian broodmare sales have long been a happy hunting ground for breeders, but the Magic Millions National Sale also has a long history of producing subsequent Group One winners, including Miracles of Life (Robert Sangster), Cinque Cento (Doomben Cup) and Russeting (Winter Stakes).