The Spirit Of Racing 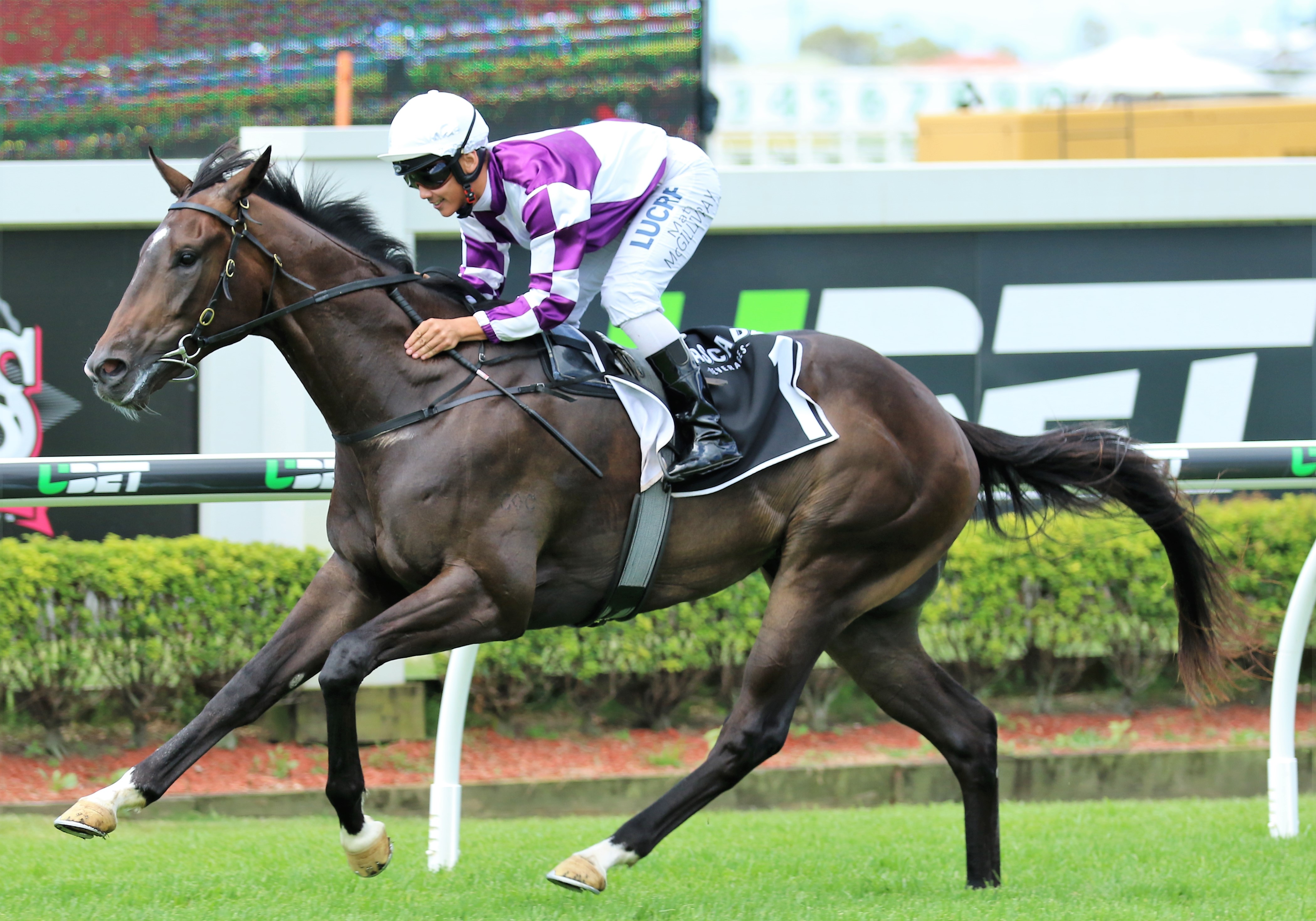 Not sure if Simon Adams is a Star Wars fan, but the ‘hobby breeder’ from Queensland’s Sunshine Coast, definitely believes in the force.

On Saturday, Adams cheered on as brilliant youngster, Ef Troop, raced into raging hot favouritism for the $2 million Magic Millions 2YO Classic at the Gold Coast on 13 January after a commanding performance in the Listed Cascade Phelan Ready Stakes over 11100m at Doomben.

Ef Troop was the first of two stakes winners on the day for first season sire, Spirit of Boom, with Outback Barbie also capturing the Listed Canadian Club Calaway Gal Stakes over 1110m at Doomben.

Adams is the breeder of Ef Troop, courtesy of his Exceed And Excel mare, Limealicious, but considers any success in the thoroughbred industry to be shared by many ‘fathers’.

“It’s really all very humbling,” Adams reveals. “We got a lot of congratulatory text messages and phone calls following Ef Troop’s win, but we’ve had an incredible amount of help along the way.

“Scott McAlpine (whose Eureka Stud stands Spirit of Boom) and Dale Anderson of Bahrinna Stud have always been great mentors and friends, along with Andrew and Jeremy of Boom Racing Thoroughbreds and Ef Troop’s trainer Tony Gollan, who is also a terrific supporter of our farm.”

Adams co-owns Golden Gully which is spread over 115 acres at Cooran (some 165 kilometres from Doomben racecourse) with numerous Queensland trainers utilising its spelling facilities.

Adams purchased Golden Gully with a few close friends and admits that while it’s been hard work, “it’s also been terrific to own a little farm with a great bunch of blokes and have some success along the way”.

“In terms of the breeding, Golden Gully really is only a  hobby operation,” Adams points out. “That said, with two staff and 50 plus horses on the farm, it seems a long way from a hobby now.

“Sure, you can have your ups and down in this industry … my business partners, Jeff, Danny and Barry and I had a lovely More Than Ready mare, Yatala, that died recently, but then Ef Troop comes out and wins his first two races including the Phelan Ready. Magic!”

Speaking of Magic, Boom Racing Thoroughbreds and Golden Gully will sell a full brother to Ef Troop at the 2018 Gold Coast Magic Millions Yearling Sale on Sunday 14 January (Lot 977) … some 24 hours after Ef Troop’s anticipated performance in the 2YO Classic.

“Win, lose or draw, it’s already been a fantastic experience,” Adams adds. “My dad had the mare (Limealicious) originally after purchasing her at the 2009 Inglis Easter Broodmare Sale, but then sold her to us before Ef Troop was sold as a yearling (for $70,000 at the 2017 Gold Coast Magic Millions).

“After growing up in Central Queensland on and around cattle farms, I couldn’t wait to get away from the cow shit and flies, but I’ve sort of come full circle,” Adams laughs. “I also work for a construction company in Brisbane so it’s a busy lifestyle, but with two young boys, I can’t think of a better environment for them to grow up in.”

Scott McAlpine grew up on a farm too. Matter of fact, McAlpine has been at Eureka’s Cambooya property since day one, following in the footsteps of grandfather and founder, Andrew, and father Colin, one of the Australian thoroughbred industry’s leading figures as a breeder, owner and administrator.

Hosting numerous stallions over the decades, Eureka has stood Champion Queensland First Season Sires such as Semipalatinsk, Brave Warrior, Piccolo and Red Dazzler, but McAlpine admits none have got off to the same start as Spirit of Boom.

“Someone asked me on Saturday if any other first season sire has produced a stakes double on the same program and they had me stumped,” McAlpine points out. “Let’s put it this way, we couldn’t be happier with his start.”

It’s every stud master’s dream that a first season sire will have at least one winner before Christmas and, in the last 10 years, two stallions have taken championship honours with just eight individual winners by the end of their respective, first seasons.

“We’re not counting our chickens too early but I’m getting a lot of good feedback from southern trainers like David Hayes, Bjorn Baker, Phil Stokes, Tony McEvoy, Darren Weir and Gary Portelli about their Spirit of Booms that haven’t raced yet, so fingers crossed,” McAlpine adds. “We might even end up with four in the Magic Millions 2YO Classic with Ef Troop, Outback Barbie, Holdin’ My Own (winner at the Gold Coast on 9 December) and Jonker (winner at only start) due to go around in the ($200,000) Wyong Magic Millions 2YO on Thursday.”

Spirit of Boom – who stands at $11,000 and has already covered 180 mares this season (“two more booked on Sunday morning!”) – is Eureka Stud through and through with the McAlpines breeding his mum, Temple Spirit, and her mum, Temple Top.

“We only ended up with the four foals from Temple Spirit, but what an influence she’s been,” McAlpine recalls of the stakes placed, Special Dane mare.

(Temple Spirit was passed in at the 2002 Gold Coast Magic Millions before being raced by the McAlpines).

“Actually, Spirit of Boom was beaten a lip in the Phelan Ready by another horse we bred called, Jantzen, so it was nice to see Ef Troop go one better on Saturday.

“Even better still, we bred Outback Barbie, who is out of Pure Purrfection and was the highest priced ($210,000) Spirit of Boom sold this year. Her Pierro half sister is selling (Lot 203) on the first day of the 2018 Gold Coast Magic Millions so it’s great to have that stakes win tucked away.”