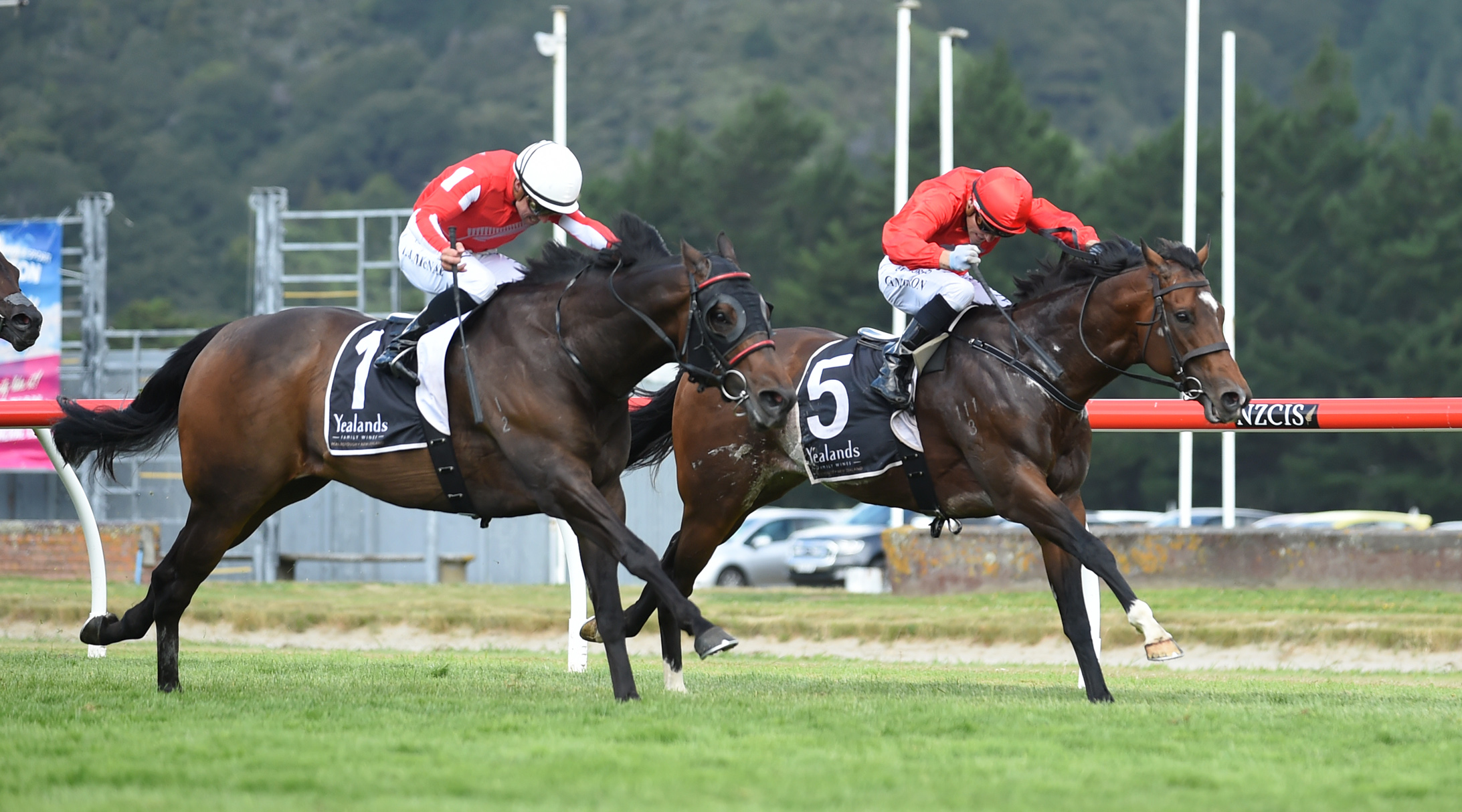 The long run of Group One success by Australian-breds in New Zealand continued on Saturday with Testa Rossa sprinter, Enzo’s Lad, going back to back in the time honoured Telegraph Handicap over 1200m at Trentham.

Following on from recent victories at the elite level in New Zealand by Media Sensation (NZ One Thousand Guineas in November) and Danzdanzdance (Captain Cook Stakes AND Zabeel Classic in December), Enzo’s Lad becomes the first horse in almost 30 years to win consecutive Telegraphs: last achieved by Australian-bred Mr Tiz in 1989 and 1990.

The 2019 Telegraph certainly was a Group One finish. The leader, Ferrando, appeared as if he had stolen the race, but Enzo’s Lad kept closing with every stride and managed to pip his rival right on the wire, with the only other Australian-bred in the field, Sensei, grabbing third.

Indeed, the verdict seemed to take ‘forever’ before the judge finally posted Enzo’s Lad the winner.

Not surprisingly, Enzo’s Lad’s owners and co-trainers Michael and Matthew Pitman erupted when the verdict went up, with Michael Pitman claiming that his 6YO flyer is largely underrated considering what he’s achieved: “We really thought he was going better this year than last. He’s a big, strong Aussie sprinter.

“I was annoyed last year when Enzo’s Lad wasn’t a candidate for sprinter/miler of the year as people had described that field (the 2018 Telegraph) as the best in 20 years.

“Now he’s come out and beaten an even better field, so I think he deserves some recognition for that. I thought it was a joke that he didn’t get a nomination last year, so hopefully he might get one this time.

“Who knows, he might come back and have a crack at next year’s Telegraph … if you only win one race a year, but it’s a Group One, then it’s worth racing horses.”

Leading jockey, Michael McNab, was naturally ecstatic with the victory and had nothing but praise for his mount: “It’s unbelievable, just unreal … he was bolting and then he stumbled, but mustered again when I got out and really went after them. My word, what a tough horse he is.”

Enzo’s Lad has now raced on 27 occasions for seven wins (also including the Listed Pegasus Stakes), with a further eight placings and NZ$392,650 in prizemoney.

Bred by Reavill Farm Management in NSW, Enzo’s Lad is out of the Catbird mare Sheerama – a half sister to Group Two winner Patpong – and was originally offered by Eliza Park at the 2014 Inglis Melbourne Premier Yearling Sale before being sold by Royston Stud to PR Stables for just $15,000 at the 2014 Magic Millions National Yearling Sale.

“I bought him at the Gold Coast and syndicated him to a group of Wellington owners,” Pitman adds. “They are a great bunch of people and have been very patient. He’s a beautiful horse.”

“Sensei ran a huge race … he was eight wide with no cover, but he’s only four and his turn will come,” Pitman adds.

Meanwhile, Enzo’s Lad is one of four Group One winners for the 6-time Group One winner, Testa Rossa, who started off stud life at Yallambee Stud in Victoria before shifting to Vinery Stud in the Hunter Valley.

Effectively pensioned from stud duties, covering just a handful of mares last spring, Testa Rossa has produced 64 stakes winners overall of over $82 million in stakes, including globetrotting stars such as Ortensia, while his other stakes winners in New Zealand are Weregoingtogetcha and Testasecret.

HOOFNOTE: Since the start of the 2018/19 racing season, Australian-breds have won 16 stakes races in New Zealand which includes the dual Group One success for Danzdanzdance, multiple Group wins to Media Sensation and a Group victory at three for Avantage, who was a Group One winner in New Zealand the previous season.

“It comes as no huge surprise to most of the racing world when Australian-breds like Enzo’s Lad and Volpe Veloce are successful in New Zealand’s Group One sprints, nor for that matter, gallopers like Avantage being New Zealand’s Champion 2YO, but you also have runners like Age of Fire, Media Sensation, Miss Wilson and Danzdanzdance winning over a mile or further at Group One level,” Aushorse CEO Tom Reilly explains. “It’s worth noting too that the last 12 Group One Derby and Oaks winners in Australia were all bred in Australia – with the majority sold at Australian sales – and when you have a horse like Enzo’s Lad who was knocked down for just $15,000, it does pay to buy Australian.”