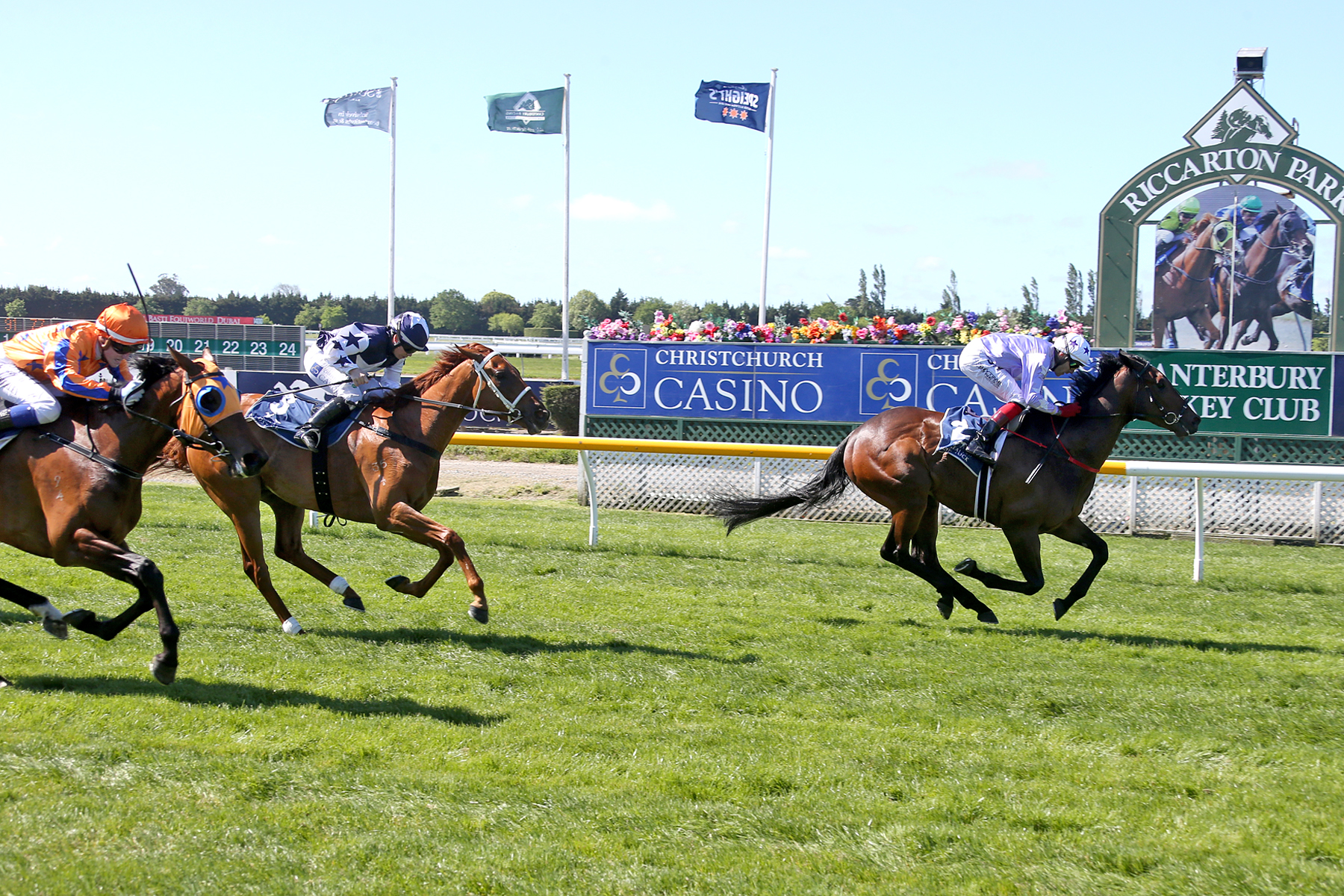 Australian-bred 3YO, Ever Loyal, has raced right into Group One contention following his emphatic victory in Saturday’s Listed Zacinto Stakes over 1600m at Riccarton.

Cruising to the lead in the home straight, Ever Loyal’s win never looked in doubt and he has now been installed an $8 chance for the Group One Al Basti Equiworld New Zealand 2000 Guineas, over the same journey, on 11 November.

Trained by Tony Pike, Ever Loyal came into the Zacinto on the back of a strong win at Te Aroha 10 days earlier and Jason Waddell, who has been on the youngster throughout his four start career, enthused: “He’s still pretty green and if you look at him, he’s a very raw horse and the best is still yet to come”.

Ever Loyal becomes the 33rd stakes winner for the Widden Stud based stallion, Sebring, whose leading lights include Horse of the Year, Dissident, Criterion, Egg Tart and the Hong Kong flyer, Lucky Bubbles.

Bred by SF Bloodstock, Ever Loyal was initially sold through the Newgate Farm draft at the 2015 Gold Coast Magic Millions National Weanling Sale for $110,000, before being pinhooked at the New Zealand Yearling Sale for NZ$240,000.

“He (Ever Loyal) was a very nice foal with plenty of size and scope about him,” Newgate Farm’s Henry Field recalls. “Actually, he reminded me a lot of Dissident.

“The colt was purchased by Karl Brown on the Gold Coast on behalf of clients and we took him back to the farm where he grew out before being shipped to New Zealand for the yearling sales. It’s not surprising he’s doing so well.”

Miss Lucille was sold to Matthew Sandblom’s Kingstar Farm at the Magic Millions Nationals that year too, knocked down for $20,000, in foal to Newgate’s Group One winning sprinter, The Factor.

Unfortunately, the resultant foal died but the mare produced a The Factor colt in 2016 that was sold at the 2017 Magic Millions National Weanling Sale for $25,000, while Kingstar Farm reports that the mare slipped to its resident stallion, Bull Point, earlier this year.