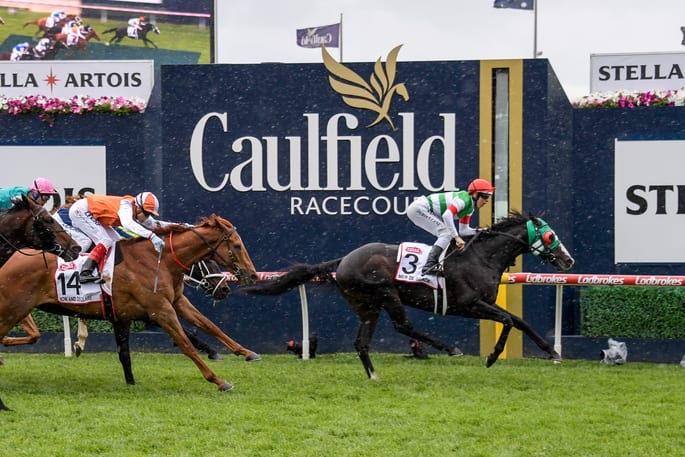 Kitchwin Hills’ reputation as a nursery for producing future champions has been further underlined after the result of The Everest.

Yes Yes Yes, the winner of the world’s richest race on turf, was foaled at the idyllic Hunter Valley property near Scone and was part of the farm’s 2018 draft of Magic Millions yearlings.

Having played its part in Yes Yes Yes conquering Australia’s fastest sprinters in The Everest, Kitchwin is now counting down the days to an even bigger spring challenge.

It’s been a decade since an Australian-bred racehorse won the Melbourne Cup but there is growing confidence this could be the year.

Not since Shocking won Australia’s greatest race in 2009 has an Australian-bred stayer figured on the roll of honour.

But Kitchwin graduate Vow And Declare enhanced his Melbourne Cup prospects to no end when runner-up in the Caulfield Cup.

The international raiders have started their assault on the spring carnival.

A son of Declaration Of War who shuttled to Australia for Coolmore, Vow And Declare is a stayer whom Kitchwin’s Mick Malone insists was always going to make it despite failing to reach reserve at the 2017 Inglis Classic Sale.

“He was a lovely big, strong horse who was a great mover but probably being by Declaration Of War he was a bit hard to sell,” Malone said.

“Declaration Of War certainly wasn’t the flavour of the month but I loved Vow And Declare as a young horse.

“When we eventually sent him to the breaker they thought he was the most athletic, workable horse they had broken in that year and maybe ever.”

Vow And Declare emerged as a stayer to be reckoned with during the Brisbane winter carnival.

He was considered unlucky not to have stretched the neck of the winner Mr Quickie when runner-up in the Queensland Derby.

But his stamina came to the fore against older horses at his next start when a facile winner of the Tattersall’s Cup over 3000m at Eagle Farm.

The authoritative manner of the win convinced trainer Danny O’Brien that Vow And Declare was worthy of a Melbourne Cup campaign.

And in finishing second to Japan’s Mer De Glace in the Caulfield Cup, Vow And Declare seems better placed than any other Australian-bred to repel the overseas raiders.

Vow And Declare ridden by Craig Williams on the way to the barriers prior to the running of the Stella Artois Caulfield Cup at Caulfield Racecourse on October 19, 2019 in Caulfield, Australia. (George Salpigtidis/Racing Photos)

Malone says a Vow And Declare victory at Flemington on the first Tuesday in November would match the excitement of Yes Yes Yes and his Everest deeds.

It would also mean a lot to Kitchwin’s dedicated staff.

“When you’re at the races and you have enjoyed your day, sometimes you forget all the hard work that goes on back at the farm,” Malone said.

“It would be great if an Aussie horse could win and it would be awesome if he came off our farm. We’d be rapt,” Malone said.