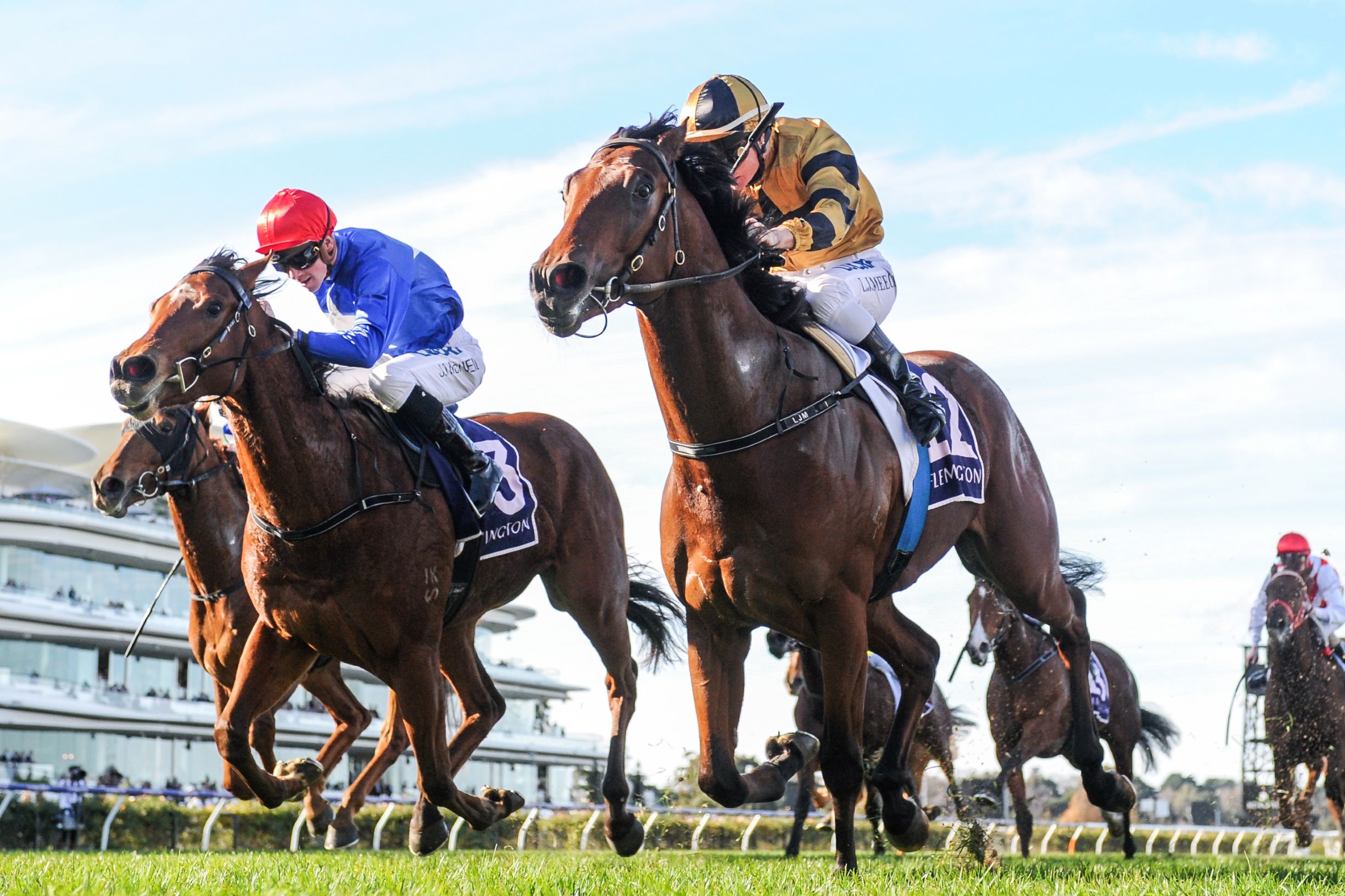 They’re calling it the ‘Polanski Project’. On Saturday at Flemington, rank outsider, Fabulanski, produced a major upset by leading throughout in the Listed Taj Rossi Series Final over 1600m.

Major upset? Well, it was for just about everyone bar trainer, Robbie Laing. Sent out a $31 pick (you could easily have gotten 50s or better by diving in early), Fabulanski led from go to whoa in the Taj Rossi and is now considered a major chance for the $2 million Group One Victoria Derby over 2500m at Flemington on 2 November.

“Don’t you worry … this horse (Fabulanski) will run all day,” a delighted Laing enthused. “His run at Bendigo two weeks ago showed me it was worth bringing him to town: he covered an extra six to eight lengths around the outside running rail.

“This race (the Taj Rossi) takes the pressure off now as he’ll have enough stakes money to take his spot in the Derby. I’ll tip him out now for a short break and bring him back for races like the (Listed) UCI Stakes (over 1800m) at Flemington and (Group Three) Norman Robinson (over 2000m) at Caulfield – the same races his sire won leading into the Derby.

Ah, the sire. Polanski remains one of the great rags to riches stories of Australian racing. A son of the Champion British Miler, Rakti, Polanski was offered by Chatswood Stud at the 2012 Inglis Melbourne VOBIS Gold Yearling Sale where he would be knocked down to Laing for just $4,000.

Winning just one of his four starts as a 2YO (Fabulanski has one from six), Polanski would capture the Super Impose (UCI), Norman Robinson and Victoria Derby in the space of a month. That $4,000 was now $1.2 million!

Unfortunately, Polanski ruptured a tendon in the Group One Futurity Stakes the following autumn and would have to be retired. Actually, the injury was so bad he was lucky to survive.

Enter equine vet, Jacqui McGregor, who stands Polanski at her Ducks Crossing Farm at Tyabb on Victoria’s Mornington Peninsula. Ducks Crossing is a multi-purpose operation, also operating as a veterinary facility, and McGregor takes exception to the term ‘standing Polanski’.

“Actually, rather than us standing Polanski it’s more like I’m his personal assistant,” McGregor says with a laugh. “I have to keep working as a vet to be able to afford to keep the horse in the manner to which he’s become accustomed.

“All jokes aside, we love this horse, particularly Robbie Laing and Ross and Fran Warner, who bred Fabulanski and raced Polanski.

“I’ve been involved since Robbie bought him as a yearling and the colt got sick not long after the sale. Robbie stole him at $4,000 but he’s always been a big boy and was a bit naughty, which undoubtedly impacted on his price.

“I suggested to Robbie that he geld him, but he said ‘no way … this is my Derby horse’. Turns out he was right.”

Despite the support from the Warners and Laing (“I’ve sent 26 mares to him and have six in the stable!”), Polanski has struggled over the last five seasons in terms of broodmare numbers.

With his oldest progeny only 4YOs come 1 August, Polanski covered just 49 mares in 2014, but that number had dwindled to eight last spring.

“Sadly, breeders just aren’t prepared to wait,” McGregor mused. “He’s only had the 21 runners to date, but aside from Fabulanski he’s also produced multiple winner Gennady and Poleaxed, plus a handful of other winners: all off a service fee of $5,500.

“His career ending injury was catastrophic but Robbie reckons the horse would have gone close to winning a Melbourne Cup and, if he’d done that, there’s no way the horse would be at my place.

“Fabulanski is the spitting image of his sire and races like him too. Polanski really stamps his progeny, that’s for sure.

“This is a once-in-a-lifetime horse for me. His runners just need time … to my way of thinking, it’s worth the wait if there’s a Derby at the end of it!”

Ross and Fran Warner, meanwhile, have had horses with Laing for 15 years, including winning a Ballarat Cup with Sentire, but Polanski has clearly been the ‘life changer’.

“I was with Robbie at the sales when he bought Polanski and it’s been an amazing ride,” Ross Warner recalls. “When the horse broke down it was the catalyst for us to buy a small property of our own … just up the road from Jacqui.

“Robbie helped us out with purchasing a few mares and we’ve reared about 15 Polanskis at this stage, including of course, Fabulanski.

“Fabianska, the dam of Fabulanski, has also produced the Group placed, Street Allure, but has been a bit hit and miss in recent years. She foaled down a lovely filly last spring – a full sister to Fabulanski and she’ll probably go back to Polanski this year.”

HOOFNOTE: If Fabulanski were to win the big one in November he would become the first son of a Victoria Derby winner to win the blue riband since Omnicorp (by Grosvenor) in 1987. As for Laing, he has saddled up five Victoria Derby runners since Polanski’s victory in 2013 including So Si Bon (2016) and Pissaro (2017) – who both finished fourth – along with Stars Of Carrum who finished a length second to Extra Brut in last year’s Derby.