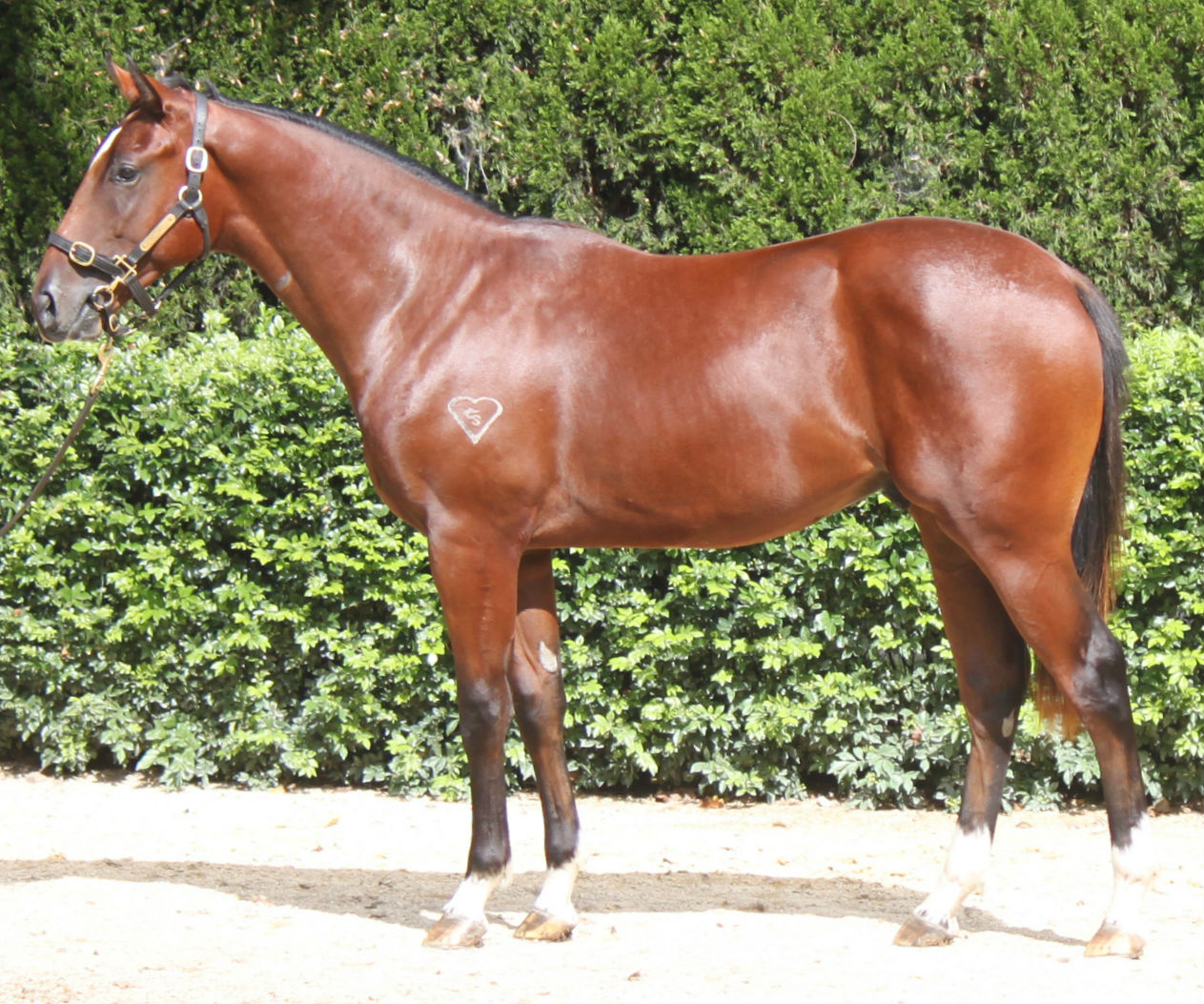 It’s somewhat fitting that the fifth leg of the Aushorse Golden Horseshoe series in Singapore was sponsored by air transport company, IRT, because by the time Ferocious hit the line on Friday evening, he was low flying.

Making his debut, the Mark Walker trained Ferocious was sent out second favourite for the race but was slowly away and near last turning for home. That was hardly the sum of his problems however as the 2YO was held up on numerous occasions before finding a path with less than a 100m to travel.

Once clear, Ferocious put paid to the two front runners to score by over two lengths, running away.

The son of Sebring is now likely to be one of the favoured runners for the S$325,000 Group Two Aushorse Golden Horseshoe Final at Kranji on 7 July.

Watching from afar on Friday, but no less impressed, was Ferocious’s breeder – Torryburn Stud’s John Cornish.

“That was a super performance by the horse,” Cornish points out. “Torryburn purchased his mother, Wynnstay Avenue (by Fastnet Rock), in foal to Sebring, for $240,000 at the 2014 Gold Coast Magic Millions National Broodmare Sale.

“She ended up producing a really nice colt and we sold him (Ferocious) to Kilgravin Lodge for $95,000 at last year’s Inglis Australian Easter Yearling Sale.

(Ferocious was subsequently sold to David Ellis for NZ$120,000 at the NZ Ready To Run Sale).

“Wynnstay Avenue has a weanling full brother to Ferocious and we’ll make a decision later in the year as to what sale he goes to in 2018, while the mare is currently in foal to Shooting To Win.

“She has been booked to So You Think for this spring but based on that run by Ferocious, she might end up going back to Sebring.”

It’s been a memorable month for Torryburn Stud with another of its homebreds in Deploy – which Cornish also races – winning the Group Two Ascot Green Moreton Cup at Doomben on 3 June.

“He (Deploy) didn’t have much luck on Saturday (in the Group Three WJ Healy Stakes), getting a bit lost in traffic and ended up racing wide before finishing on well for fourth,” Cornish adds. “No harm from the run though and he’ll come back to the farm for a week or two, then probably have a run in Sydney before heading down to Victoria for the spring.”

But it’s not just Australia and Singapore capturing Cornish’s interest.

Hong Kong is very much on the Torryburn agenda as well with Denman 2YO, Hot King Prawn, launching his career in spectacular fashion, winning his only two starts by wide margins: the most recent (on 18 June) by nearly six lengths.

“Hot King Prawn is out of our Unbridled’s Song mare, De Chorus, and we sold him for $90,000 at last year’s Inglis Sydney Classic,” Cornish reveals. “Robert Smerdon trained him up down here before sending the horse, unraced, to John Size in Hong Kong. He’s been absolutely working the house down and showing a ton of ability on race day. At this stage he looks like being Hong Kong’s Champion Griffin.”

While Hot King Prawn aims for Champion Griffin honours, the title holder from 2014/15 broke through for his initial black type success in Hong Kong on Sunday.

In a dazzling display, Australian-bred, Thewizardofoz, captured the Group Three Premier Cup over 1400m at Sha Tin by nearly four lengths, providing expat, John Size, with his 92nd winner in Hong Kong this season … a record.

Thewizardofoz has now won six of his 14 starts in Hong Kong and is by Redoute’s Choice from the Encosta de Lago mare, Princess Coup.