Filly Reigns In The Rain 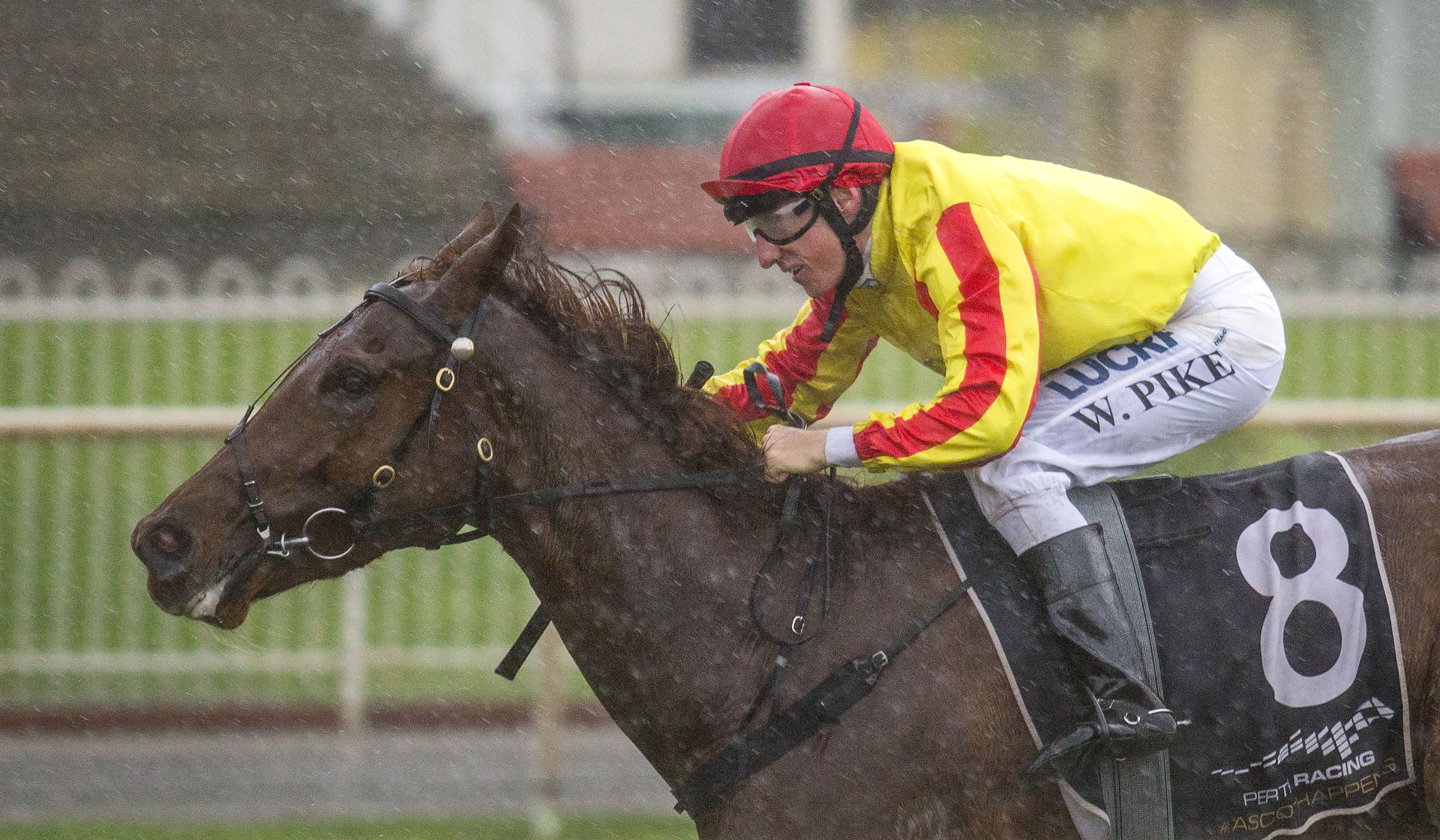 About half an hour before they lined up in Saturday’s Beaufine Stakes at Belmont, in came the rain. Bucketed down.

It didn’t seem to bother Military Reign though who lived right up to her name with an explosive victory for trainer, Darren Macauliffe, and her sire, Universal Ruler: racing away to score with a couple of lengths to spare.

“Universal Ruler’s sire, Scenic (71 stakes winners) produced a lot of winners who didn’t mind the softer going,” Scenic Lodge’s General Manager, Jeremy Smith, points out. “A lot of winners on all kinds of surfaces for that matter …”

Smith was naturally ecstatic with Military Reign’s performance, especially on the eve of another breeding season in which Universal Ruler will again play a pivotal role at Scenic Lodge.

“I’m very happy with the way things are going for Universal Ruler,” Smith adds. “He had a bit of slow start but now there are a lot of numbers coming through. Two years ago he covered 127 mares and was the most popular stallion in Western Australia. Consequently, the quality of mares have vastly improved as well.

“Military Reign has now won eight races and around $530,000 in stakes, while the full brother, Military Ruler is pretty handy also, winning five and nearly $300,000.

“They (the Universal Rulers) really are jump and run type horses. Darren (Macauliffe) has done a great job with the filly – he not only trains Military Reign and Military Ruler but he bred them both too. And he raced the sire.”

Macauliffe revealed that Military Reign would now be tipped out for a spell and brought back with the Group One Winterbottom Stakes in mind.

“She (Military Reign) doesn’t need a lot of work but I think she’s got a ton of ability and has accumulated the highest prizemoney for a filly under the Westspeed bonus system over here.

“It’s also great for Universal Ruler – he was probably underrated a bit at first by breeders, but he’s really starting to show what he’s capable of.

“I broke in Universal Ruler and he won three stakes races for the stable and we eventually took him to Singapore where he ran in the KrisFlyer Sprint. The plan was to take him onto England, but in the KrisFlyer he was up against Takeover Target and Magnus, who were at the top of their game and then he had to practically jump over Absolute Champion who had fallen in the race.

“He might not have had a the best of luck as a racehorse but hopefully that luck is about to turn as a sire.”

HOOFNOTE: Military Reign races in the stable colours of yellow, red striped sleeves and cap which are very similar to those sported by racing immortal, Kingston Town. Furthermore, one of Military Reign’s co-breeders is listed as Kingston Thoroughbreds. Any connection?

Macauliffe laughs: “My mate had to come up with a name for his breeding operation and he’s a big fan of Kingston Town. As for the colours though, my grandfather trained for 60 years and my dad trained as well. We’ve had those colours for um, close to 100 years … a long time before Kingston Town came along!”