From Caulfield With Love 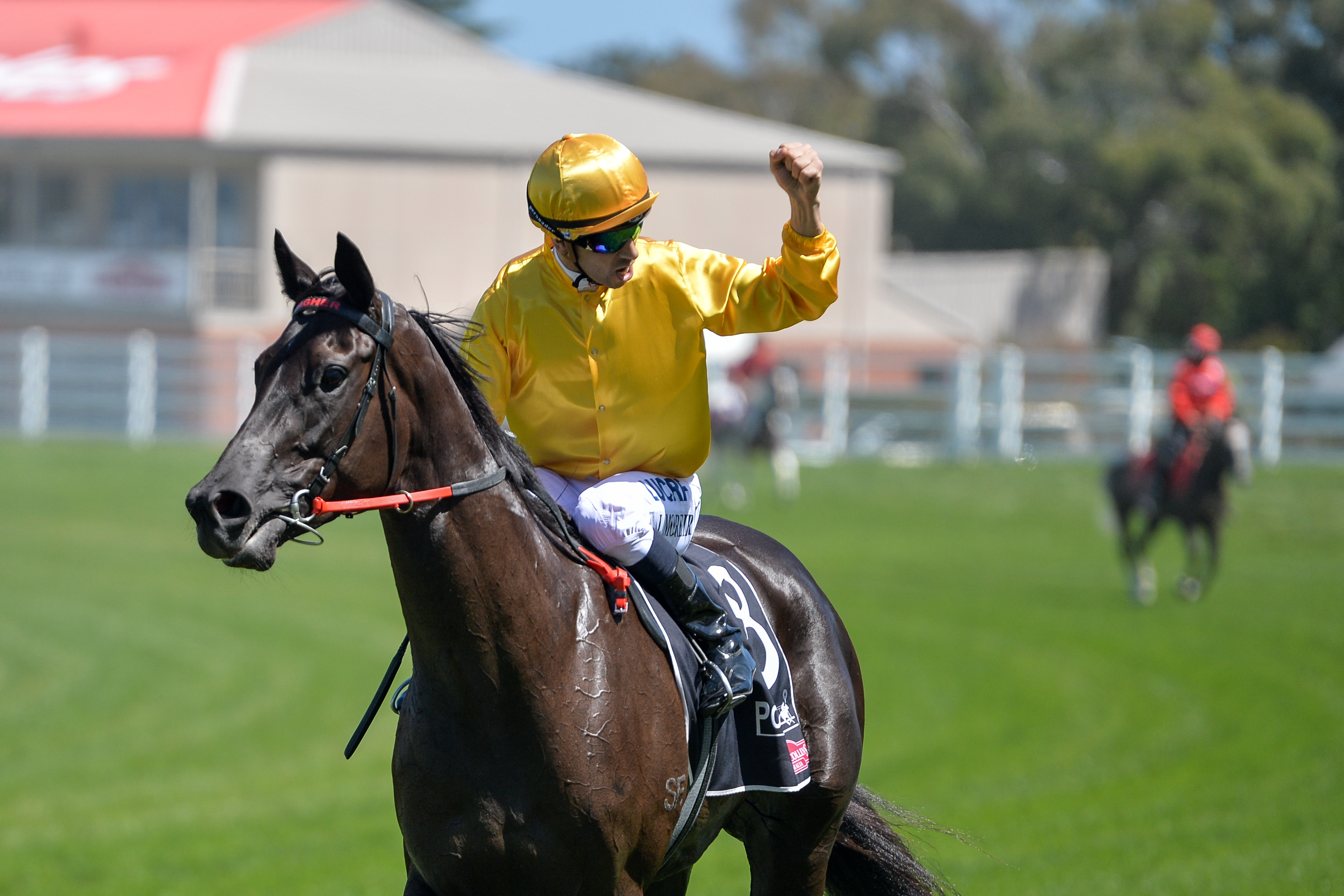 In 2013, at the Inglis Sydney Classic Yearling Sale, Morgan paid $70,000 for a flashy, near black colt by the first crop sire, I Am Invincible.

Named Brazen Beau, the colt would be named Australia’s Champion 3YO Colt following Group One victories in the Coolmore Stud in the spring of ’14 and the Newmarket Handicap the following March. Brazen Beau would ultimately win $1.4 million on the track and later find a home at Darley Stud, from which he also shuttled to England.

Morgan returned to Sydney for the 2015 Classic and a filly by another first season sire in Love Conquers All caught his eye and he ultimately spent $100,000 to secure her for Ontrack.

The filly, subsequently named Savanna Amour, hasn’t risen to Brazen Beau heights – well, not yet anyway – but took a substantial stride closer on Saturday when capturing the Group Two Polytrack Angus Armanasco Stakes (1400m) at Caulfield to notch up her initial stakes victory.

It was the first black type win too for John, Dan and Chris Meagher since John returned from a lengthy stint in Singapore where he had established himself as one of the country’s leading trainers. Now based at Eagle Farm, Meagher had originally trained in Melbourne where he saddled up the winners of 17 Group One races including a Melbourne Cup with What A Nuisance.

“That was a tremendous result with Savanna Amour on Saturday,” Morgan enthused. “It was not only great for the large syndicate of owners, but I was also really happy for John, Dan and Chris.

“I was always a huge fan of John’s and I was keen to put some horses with him when he got back to Australia. We use a number of trainers at Ontrack but Savanna Amour seemed a natural fit for John and the boys.

“Still, I believed her to be the best QTIS qualified filly at that sale and wasn’t about to go home without her. And I’m certainly glad now that I didn’t.”

The Angus Aramanasco was Savanna Amour’s eighth outing and her third win overall for $244,500 in stakes.

“We haven’t made any firm plans about her next start but that Group Two victory is clearly a huge boost and there should be plenty more fun times ahead for the owners,” Morgan adds.
Sun Stud, which stands Love Conquers All at its Queensland property, was naturally pleased with the Group win: the stallion’s first.

“He (Love Conquers All) had a very successful first season and just missed out on championship honours by something like $30 after producing the most individual winners,” Sun Stud’s Phil Marshall reveals. “He didn’t get a very big book of mares in that first year at stud, but once breeders saw his first foals, he’s covered books of 100 plus over the past three seasons.

“Congratulations to major international investors, SF Bloodstock, who bred Savanna Amour and have a close involvement with Love Conquers All.”