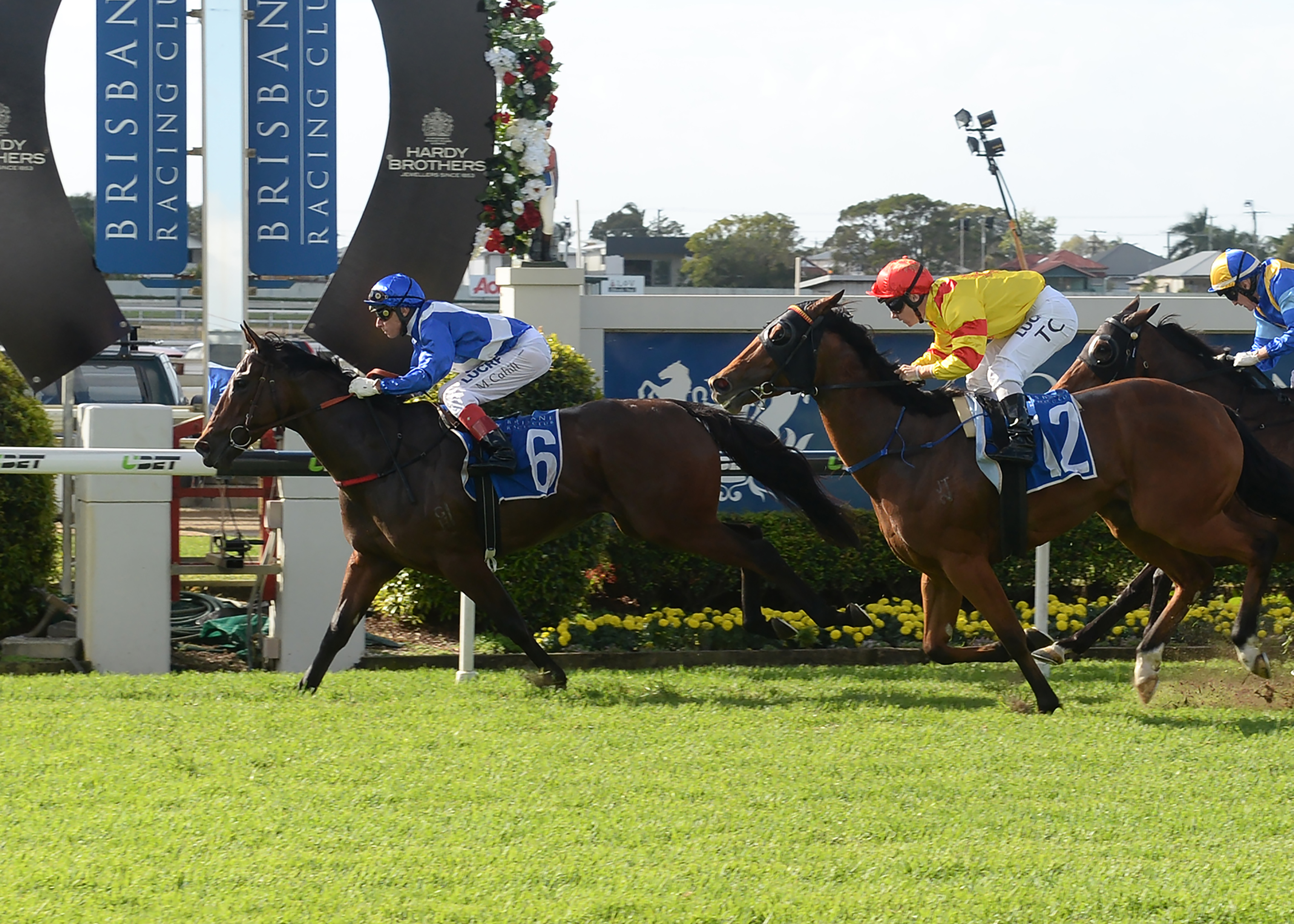 Gerry Harvey is the first to concede that commercial breeding is a numbers game and marvels at the enormous books that some stallions cover each year, citing horses like Deep Field and Rubick.

Both first season sires, Deep Field was the busiest stallion in Australia last spring with 257 mares, while Rubick wasn’t too far behind with 213.

Allowing for the tremendous advances in technology, Harvey muses over the vast differences in workloads between the current day stallion and those of yesteryear: “Both Star Kingdom and Todman would not have covered the same numbers in five seasons that they do today in one”.

Harvey believes that it was ‘numbers’ which cost his home-bred stallion, Conatus, any chance of commercial success, but was typically buoyant about the sire’s initial stakes victory on Saturday with Palazzo Pubblico in the Bright Shadow Handicap at Doomben.

Now trained at Warwick Farm by Matthew Smith, Palazzo Pubblico proved too good over the 1200m and the rising 5YO will eventually take her place among Harvey’s large broodmare band when her racing days are done.

For Conatus though it’s a case of better late than never. Bred by Harvey, Conatus boasts an immaculate pedigree, being a son of the legendary Danehill, from the multiple Group winning Rory’s Jester mare, Light Up the World, who is, in turn, a great granddaughter of the marvellous source, Denise’s Joy.

“He (Conatus) was actually a very fast horse. I had sold him as a yearling for $650,000 but there were a few complications and I ended up racing him,” Harvey recalls.

Only lightly raced, Conatus won four, but it wasn’t enough to stand him at the big end of town and Harvey sent the horse to David and Heather Pascoe’s Plaintree Farms in Queensland in 2004 at the completion of his racetrack career.

“I can only imagine what this horse would have done if he’d gotten big books every year. As it is, he’s done a pretty good job with what he’s had,” Harvey adds. “He’s produced over 100 winners (153 to be precise and at a more than reputable strike rate of 66% winners to runners), but the mares have dropped significantly in the last couple of years. He didn’t cover a mare last season and had only about 10 each for the two seasons before that.

“It’s just a fact of life that most stallions don’t really get a chance in terms of support.”

“Still, I really think Conatus will make it as a broodmare sire. I’ve kept around eight or 10 of his mares and he’s already on the board with the stakes winner, Telepathy (by Mossman), who is from Come on Klaire.”

Having stood Conatus for the past 12 years, Heather Pascoe was understandably excited about Palazzo Pubblico’s breakthrough and credits the turnaround to the mare’s new trainer: “Matt has done a great job with her and I was really happy for him after the race on Saturday – he deserves it, as does Gerry. And I think Gerry’s right on the money with keeping those Conatus mares.”

Pascoe was also quick to dispel the notion that Conatus had been put out to pasture, metaphorically speaking.

“Conatus is still standing at Plaintree Farms and I wouldn’t be surprised if there’s a bit more interest in him this spring. Maybe there’s another Palazzo Pubblico to come?”

There is certainly every chance that Palazzo Pubblico will enhance her resume before the start of the breeding season, but trainer Smith was cautious as to what’s next: “She usually likes three to four weeks between runs so she might start next in the June Stakes or at the back end of the Brisbane carnival.

“Saturday was a great result for the stable, but it was also terrific to win a stakes race for Gerry. He’s a tremendous bloke and a great supporter – not just of us trainers but the industry as a whole.”

Time will tell, but maybe Conatus will continue to repay the faith.