Golden Rose Could Be Under Siege From Unbeaten Colt 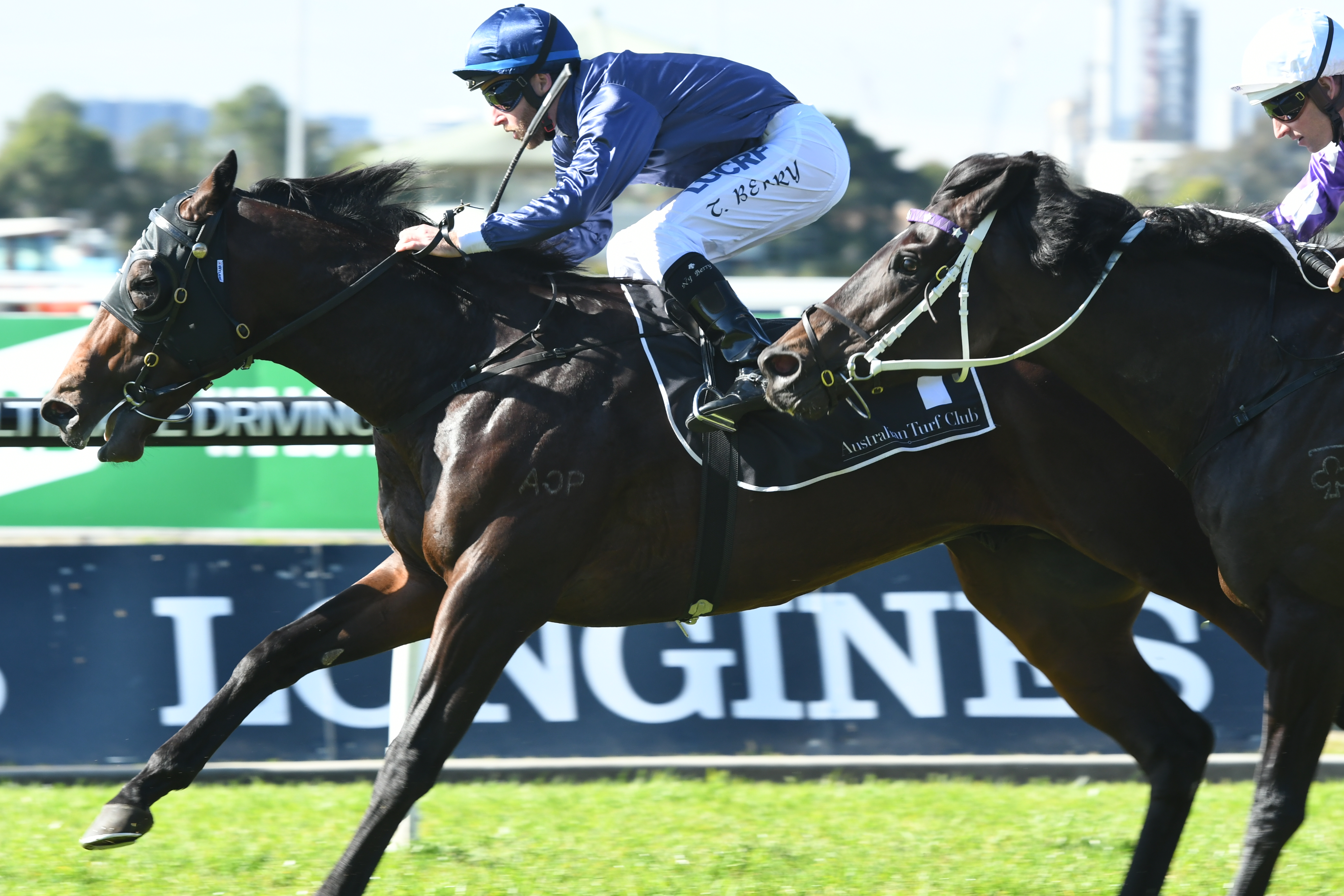 Unbeaten in his two starts, Siege Of Quebec is on target for the Gr.1 Golden Rose. (Steve Hart)

They reckon a million bucks isn’t what it used to be, but seven figures still garners plenty of attention at bloodstock auctions.

Even at a sale like the 2016 Inglis Australian Easter Yearling Sale where nine youngsters were knocked down for a million or more.

One of those was a Fastnet Rock colt from the very well-related Bite the Bullet mare, Rose of Cimmaron which sold to the tune of $1.2 million, courtesy of the combined bidding of Tom Magnier, Gai Waterhouse Racing, Julian Blaxland and Nordic Breeding & Racing.

Such is the enigma that is racing, money doesn’t always buy you class, but the colt – subsequently named Siege of Quebec – appears to be something right out of the box and, after a thrilling victory over 1400m at Rosehill Gardens on Saturday, is now on target for Group One glory.

Debuting over 1250m at Newcastle on 27 June, Siege of Quebec, led throughout to win with only a half length to spare and he again lead for most of the journey at Rosehill before scoring by less than a panel.

What made it interesting though is that Siege of Quebec was actually headed – or more applicably by a neck or more – by another promising colt, Calculated, over the final stages, but fought back strongly under the urging of jockey Tommy Berry. The remainder of the field was left at least 3.5 lengths astern.

Siege of Quebec now appears poised to step up to the Group Three Ming Dynasty Quality next month before a tilt at the Group One Golden Rose on 9 September.

Berry was clearly impressed and said after the race: “he is just so relaxed, you can’t tell how good he actually is. He kind of reminds me of Vancouver because he won by short margins, but you knew there was more there. How much more is exciting.”

The jockey’s mention of Vancouver – who won a Golden Slipper and now stands at Coolmore Stud – is certainly relevant to the ownership group which includes both Coolmore and Belinda Bateman, wife of the late Edmund Bateman, whose estate not only bred Siege of Quebec, but was also part owner of Vancouver, Australian Guineas winner, Wandjina, and yet another Golden Slipper winner in Capitalist.

Coolmore Australia’s Sales, Marketing and Racing Manager, Sebastian Hutch, believes Siege of Quebec sold himself as a yearling: “The impression at the Easter Sale was that Siege Of Quebec was one of the most admired yearlings on the complex, which is understandable given he presents as just about the perfect physical specimen.

“Additionally, his full-brother, Bull Point (Melbourne Group winner) had been a high-class horse in his own right and it’s a quality family that has had a lot of success, particularly in recent years, while we have always had tremendous faith in Fastnet Rock’s ability to become a quality sire of stallions.

“Gai (Waterhourse) and Adrian (Bott) have held Siege Of Quebec in the highest regard from very early on and he is a very exciting horse for the syndicate which includes some of the most recognisable names in the world of international breeding and racing.

“I’m sure Mrs Bateman got a great thrill out of his win on Saturday and hopefully he can go on and prove himself a top-class performer in due course.

“Saturday’s race was a particularly strong one as we have been hearing for some time that the runner-up, Calculated, might be something out of the ordinary and naturally we are hoping that he can go on to be another big star for So You Think.”

Newgate Farm’s Henry Field is also over the moon with Siege of Quebec’s rise: “He’s a lovely type, from a great family (closely related to 4-time Group One winner Criterion) and the most expensive yearling Newgate sold last year.

“But it was also terrific for the Batemans who have been great supporters of the farm … indeed, pivotal to our success. Apart from Wandjina and Capitalist which stand at Newgate, they also raced Foxwedge and, while they could have placed him with any stud in Australia, they chose us, basically launching our stallion roster.

“The Batemans have a very select portfolio of bloodstock, which is managed by James Harron, and from the horses they breed to, they retain some and sell the others. Fortunately, they chose to offer Siege of Quebec and it really looks like it’s going to pay dividends for all concerned.

“His dam, Rose of Cimmaron, has a yearling colt by Exceed And Excel that’s now with the Snowdens, but she’s had a bit of bad luck and hasn’t been in foal for the last two seasons.

“She will go to Snitzel this spring and fingers crossed she gets in foal.”