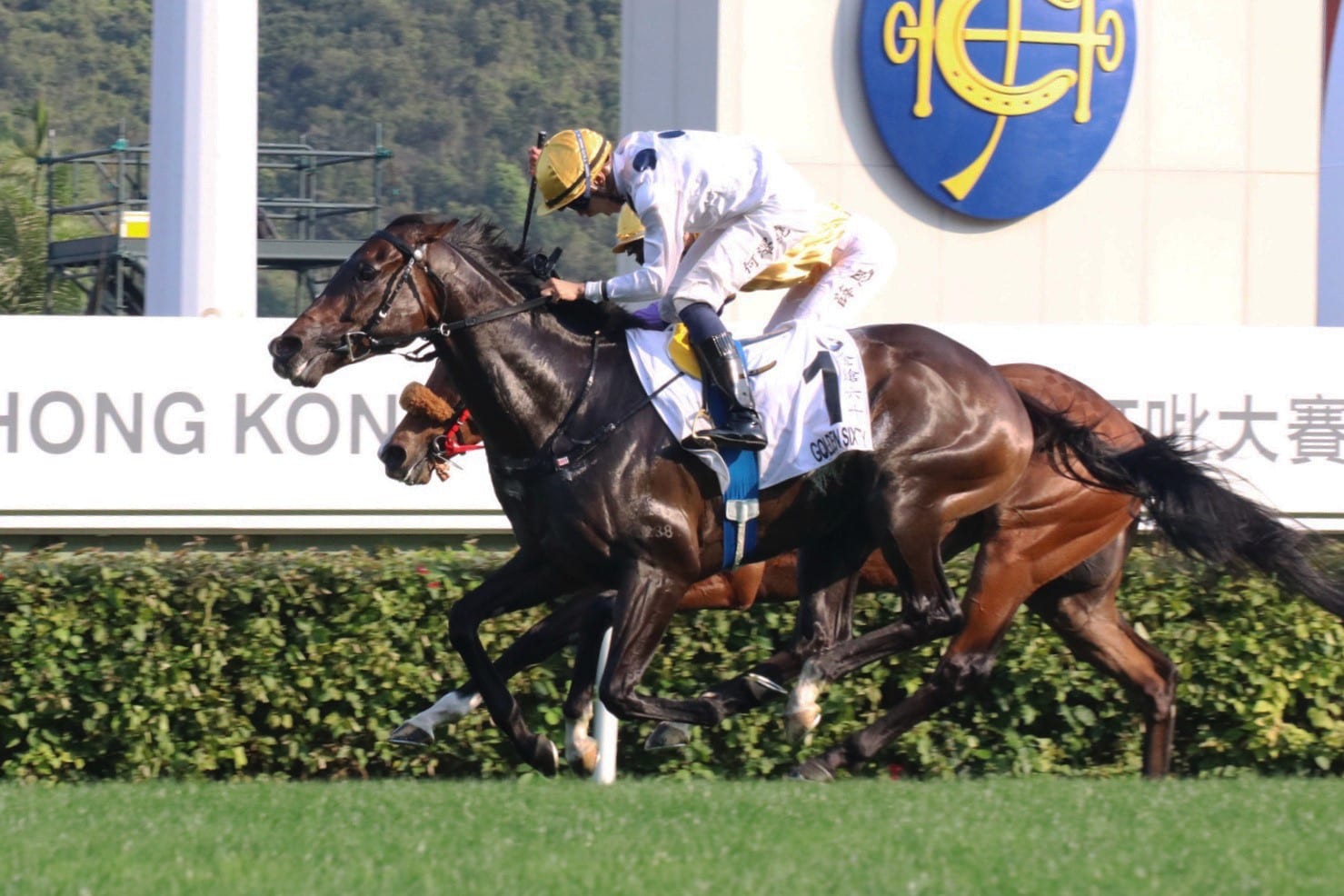 Hong Kong sensation, Golden Sixty, has joined fellow Australian-bred, Rapper Dragon, as the only other horse to capture the lucrative $HK40 million (approx. $A8.9 million) 4YO Classic Series.

After getting the ball rolling in January with the Hong Kong Classic Mile, Golden Sixty followed up with the Classic Cup last month – only to complete the treble with an unforgettable performance in Sunday’s BMW Hong Kong Derby at Sha Tin.

Unforgettable? Golden Sixty was sitting 11th at the top of the straight but unleashed an incredible turn of hoof to just get up on the wire.

A 4YO son of Godolphin’s Medaglia d’Oro (138 stakes winners), Golden Sixty has won 10 from 11 since arriving in Hong Kong in late 2018, first appearing with a comfortable win last March.

Since then, the only blot on the copybook was a 10th of 14 – albeit only two lengths off the winner – in July.

If ever racing needed a hero it’s in this current climate and Golden Sixty’s Derby victory – particularly in the manner by which it was achieved – has made the Australian-bred a household name in the region.

Trained by Francis Lui, owned by Stanley Chan, and steered by Vincent Ho, it was the first time in Hong Kong’s professional era – since 1971 – that a local trainer, jockey and owner combined to win the Derby.

“Round the bend they slowed down the pace and that’s why the other horse (eventual runnerup, Playa Del Puente) was able to run away, but Golden Sixty showed excellent acceleration. I was worried, but I could see Golden Sixty was trying very hard,” a relieved Lui said post race.

Ho, on the other hand, was a bit more relaxed: “He (Golden Sixty) has the best turn of foot in the field and I just had to be patient”.

Golden Sixty’s exciting style is reminiscent of the ill-fated Street Boss galloper, Rapper Dragon, who swept the series in 2017 and would later be named Hong Kong Horse of the Year: a title shared by other Australian-breds including Able Friend, Sacred Kingdom, Silent Witness (twice) and Fairy King Prawn (twice).

Bred in Queensland by Asco International, Golden Sixty is out of the Group Two winning Distorted Humor mare, Gaudeamus and was sold by Element Hill for just $120,000 at the 2017 Magic Millions Gold Coast Yearling Sale.

Following on from the Derby win, it looks as if Golden Sixty will next appear on 26 April in either the Group One Champions Mile or Group One QEII Cup.