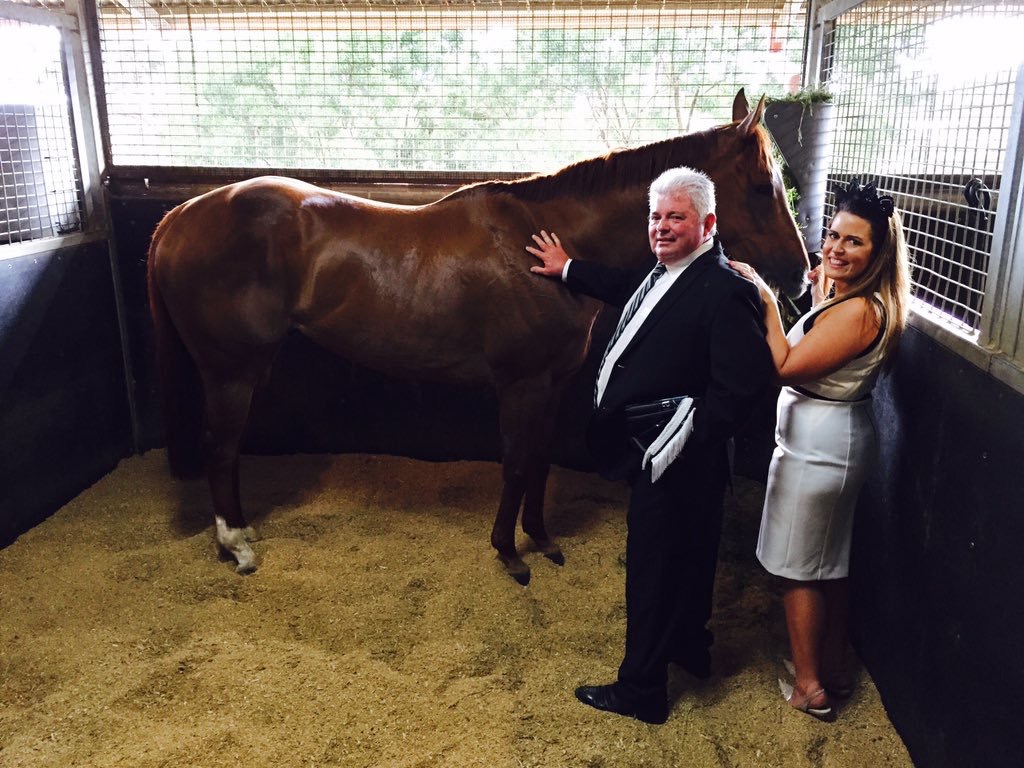 And if they are from Queensland, the stories always seem to have extra intrigue.

Vo Rogue, for example, was a great story in his own right. But it might have been just another racing yarn had it not been for his trainer Vic Rail.

Vo Rogue had enough for a book and a movie in his own right. He won 26 races, including two Australian Cups, three Orr Stakes, a Futurity Stakes and a William Reid Stakes.

But with Victory Robert Rail in the mix, his story became a Dick Francis thriller, except for the unhappy ending.

The extraordinary, eccentric Rail died from Hendra Virus in 1994 at the age of 49.

Bernborough, the champion of Australia in the 1940s, was banned from racing outside his home town of Toowoomba where he scored the first 12 of his 26 wins.

He was a fabulous story in his own right, but add some serious mystery about his ownership and origins and jockey Athol Mulley, who rode him to 15 successive wins and one notorious defeat, and one of the great tales of the Australian turf emerges.

There are others, horses like Gunsynd and Strawberry Road, jockeys like George Moore, Neville Sellwood, Darby McCarthy and Mel Schumacher, trainers like Harry Plant, Fred Best, Brian Mayfield-Smith, Bruce McLachlan and Peter Moody – all Queenslanders and each of them a captivating story.

And there is a new Queenslander who is only a win or two away from joining them.

Our Boy Malachi has most of the ingredients. He’s not regally-bred, he started his racing life in humble circumstances, he’s had three trainers, his career has been tinged with tragedy, he’s overcome a couple of serious health problems and he’s brought his Queensland bush form to the big smoke.

With sentiment and emotions whirling all over the place, Our Boy Malachi resumed from a break to win his 18th race from 22 starts in the Expressway Stakes at Rosehill last Saturday.

The win followed a poignant anniversary for his owners, concern hung about from the bleeding attack he’d had in his previous race and the colic he’d suffered since then and uncertainty had crept in after a curious barrier trial performance a week earlier.

Back in Queensland his former trainer admitted to choking back a tear or two as he watched the horse who won him 12 races collect its biggest prize.

And there was a wet track, a betting drift and a black sky that threatened to stop the show – and eventually did.

“We had a bit on our minds,” said part-owner Ross Donovan.

Ross’s brother Col Donovan, who bred Our Boy Malachi and adored him, died last January and, 12 months on, his family joined his trainers at Rosehill to witness a nervous comeback.

“Col’s family is here and it’s great they could come and see him win,” said co-trainer Michael Hawkes.

“They’re enjoying the moment, it’s great to see their reaction, it is all about them, they’re so happy.

“We thought we had him right, but you never know until they do it. I was watching him at the top of the straight and I was confident then.”

It would seem that the Hawkes team has Our Boy Malachi as “right” as he’s been in at least 18 of his 22 starts and he’s now ready to join his more-highly credentialed stablemate Chautauqua on the big stage for a double-act that shapes as a highlight of the autumn carnival.

And when he does, the horse who has made his way from Gympie to Rockhampton to Sydney, will be writing new lines in a fairytale that is particularly Australian, and more particularly Queensland.

The Queensland stories may have something to do the extraordinary number of race meetings staged at a vast collection of remote towns across the state.

Last Melbourne Cup day there were 14 race meetings in Queensland at scattered tracks from Kumbia to Bundaberg to Mt Isa, Charleville and Longreach.

On most Saturdays there are at least eight meetings and every year there are more than 700.

The story inspired by Our Boy Malachi began five years ago at Gympie, the town in the Sunshine Coast hinterland where Glen Boss got started, with his first trainer, Peter Fleming.

He finished second at his first start and then won his next by 11 lengths on the sand track at Gympie in January, 2011.

His story didn’t pick up pace, though, until more than a year later.

With a winning sequence of one, Our Boy Malachi suffered his first setback and didn’t race for 16 months, during which time he was transferred to Rockhampton trainer John O’Sing, an old mate of owner Col Donovan.

O’Sing, a trainer who is also a painter, recalled the arrival in his stable of the horse who was to become Rockhampton’s favourite.

“Col and I had been mates a long time and we’d had a couple of horses, not many good ones,” O’Sing said.

“He’d had a problem when he came to me and we couldn’t do much with him, but after a year or so off, we got him into a barrier trial and he went terrific.

“We pretty much knew then that he was special.”

Our Boy Malachi won 12 of his 13 starts for O’Sing, the only defeat coming in their first trip to town when he ran fifth in Bribie Handicap at Doomben in May 2014.

After two more runs, both of them wins, Donovan and his trainer agreed there was only one way to find out how good their horse was, and that was to send him to a big-city trainer.

O’Sing was sorry to lose Our Boy Malachi, but he understood.

“There was nothing left for him up here. He was weighted out of everything,” he said.

“I watch all his races on TV and I enjoy seeing him win, but I suppose there’s always a bit of something there.”

The Donovan’s chose John Hawkes and his sons Michael and Wayne to extract whatever was left in their rising six-year-old gelding.

They soon found out there was plenty.

Our Boy Malachi trialled twice for the Hawkes’ team, running respectably enough to be sent out at odds-on in his first start for the new stable and win convincingly.

Another three victories followed, the last of them in the Group 3 Hall Mark Stakes at Randwick three months after Col Donovan’s death.

Third place in the Group 1 BTC Cup was a fair effort and looked an ideal lead-up to the Group 1 Stradbroke Handicap.

Our Boy Malachi bled from both nostrils in the Stradbroke and finished last. A few months later he had a colic attack and it was thought he might have to be put down.

Then the fairytale began again as the Rockhampton Rocket, now a seven-year-old and fully recovered, got ready for another campaign, with a trouble-free winning jog in a Rosehill barrier trial.

While all appeared well, there is always a lingering concern after a horse has bled.

Such a concern surfaced after he tailed the field after missing the start in a second barrier trial last Monday and senior trainer John Hawkes said it had become a “flip-of-the-coin” decision to run in the Expressway after the track came up heavy on race morning.

Our Boy Malachi’s three-length win justified everything and calmed everyone down – at least until he continues on the road to a possible tilt at the Group 1 TJ Smith.