Goodwood’s Bart Is All Heart 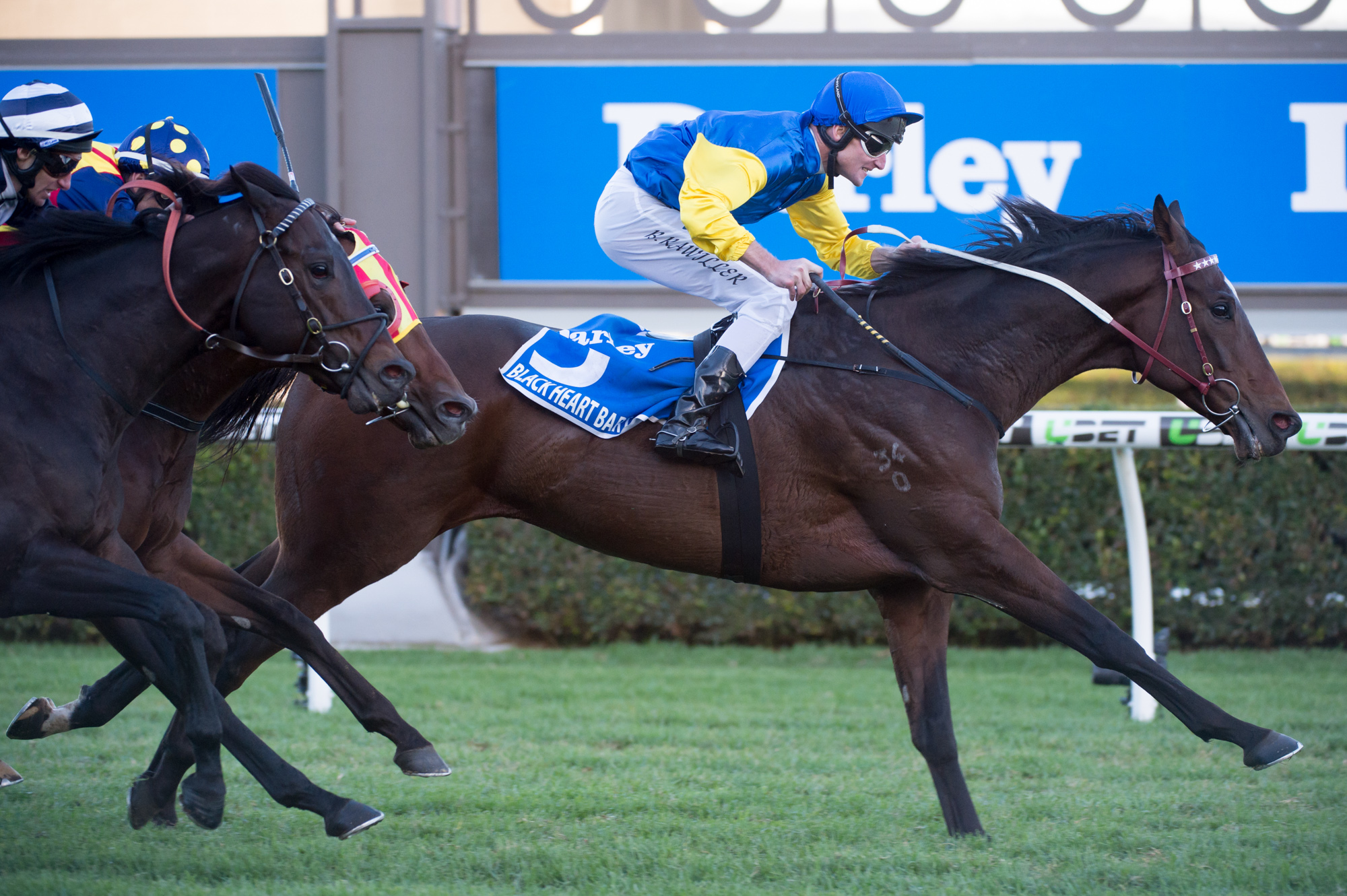 For Western Australia’s Scenic Lodge, Saturday 21 May 2016 is not a day they’re likely to forget in a hurry.

Not only did the hugely popular, Black Heart Bart, notch up his initial Group One success in the Darley Goodwood, the stud also stands the sire of Group Three BRC Sprint winner, Snippets Land.

Black Heart Bart was bred by Scenic Lodge and did most of his early racing in the west under the care of Vaughn Sigley, building up quite the resume by winning eight black type races and over $1 million in stakes. Trips across the Nullarbor for an unsuccessful tilt at the Stradbroke (finishing last) and a fourth in last year’s Goodwood, had given him some exposure in the east, but it was his brave second behind The Quarterback – beaten a neck – in this year’s Group One Newmarket that really caught everyone’s eye.

Black Heart Bart then prevailed in the Group Three Victoria Handicap, before being inched out by English in the All Aged.

There was no shame in finishing second to English that day and, after all, we do love an underdog.

But the underdog went to top dog in the Goodwood and now it appears he might well have his chance to atone in the Stradbroke as well: “it’s three weeks to the Stradbroke, which is ideal,” trainer Darren Weir pointed out. “He eats well, works well, is very sound and a good racehorse … they’re hard to find.”

But a trip north or otherwise, Black Heart Bart is one of the ‘finds’ of season 2015-16 and further testimony to the depth of talent in the west.

Scenic Lodge’s Jeremy Smith claims it’s vindication for Black Heart Bart’s sire, Blackfriars: “We had to work hard to get breeders on board with Blackfriars. Sure, he’s a Group One winning son of Danehill and he’s beautifully bred, but actually winning the Victoria Derby (2500m) put a lot of people off. In reality, he had quite a good turn of foot, but initially we had to support him with a lot of our own mares.”

Scenic Lodge’s faith paid off in droves though and the rising 20 year old has now produced well over 300 winners – 33 of those at black type level.

“Playing God has also won at Group One level – twice in fact – but they were over here in WA,” Smith points out. “And then there’s the likes of God Has Spoken, Black Tycoon, Rohan and Pop Culture, but Black Heart Bart has really shown to a wider audience what Blackfriars is capable of.

“We managed to secure him (Blackfriars) due to our association with Swettenham Stud, from whom we had earlier purchased Scenic. From memory Swettenham had about three Danehills on their books – which they thought was too many for one stud – so we got Blackfriars. We’re glad we did … even more so after Saturday!”

It appears that Scenic Lodge has also pulled the right rein with Snippetson, the stakes winning son of Snippets that it sourced from Widden Stud last year.

“Snippets Land was a great result in the Sprint at Doomben and Snippetson covered a solid book of mares with us last season. But importantly, he has a lot of horses coming through – there are 145 live foals alone from his current crop of 2YOs.

“He’s a top 30 sire by winners this season and has produced 10 stakes winners overall.