Grande Rosso back in the black 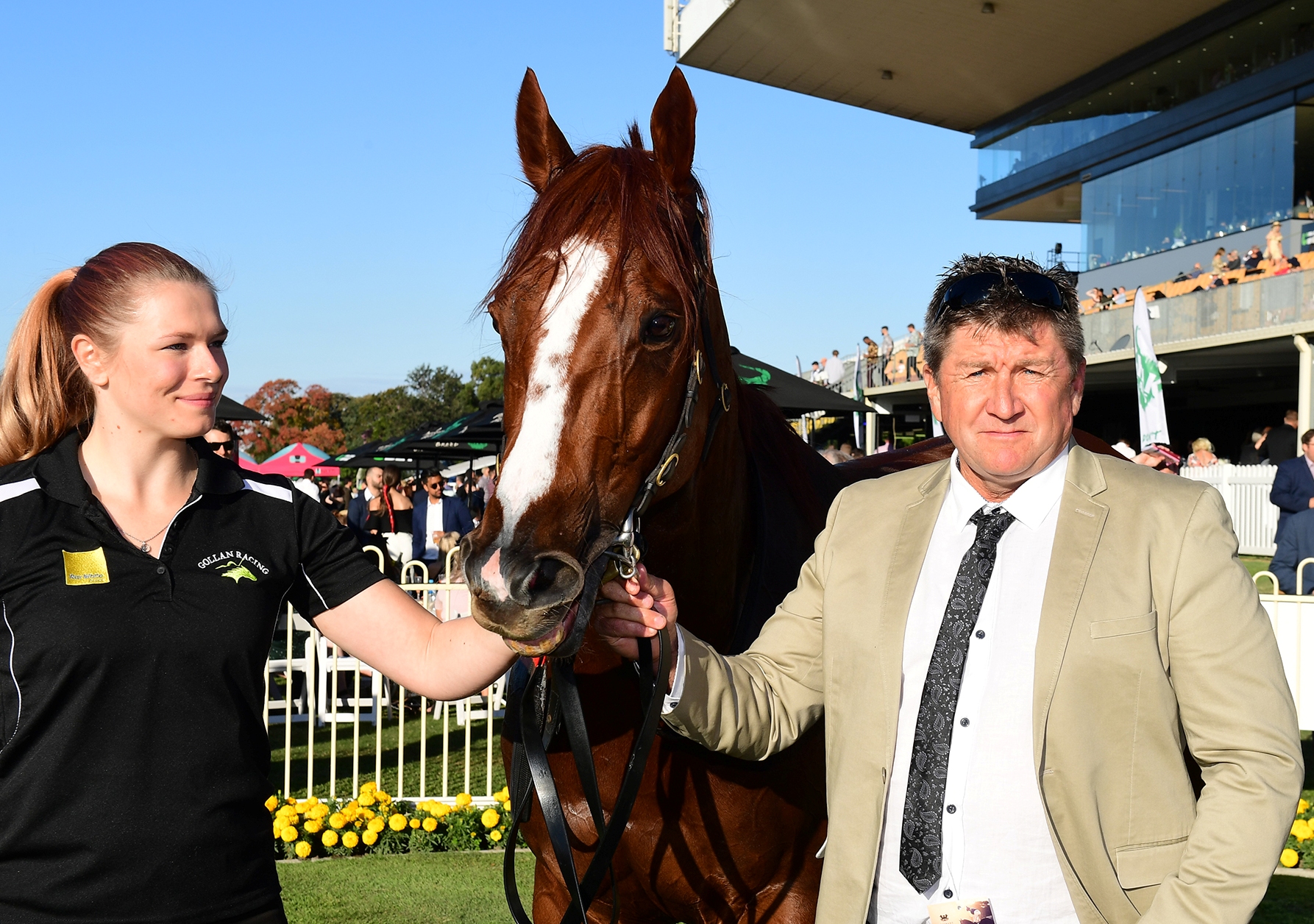 It was probably fitting that a horse named after a good drop of red should capture a race like the Listed GH Mumm Stakes over 1615m at Doomben, but Grande Rosso’s breeder/part-owner, Bob Manwaring, had more than one reason to be bubbly after the gallant performance.

In January last year, Grande Rosso won both the Listed Chester Manifold (1200m) and Listed Barton Stakes (1400m) in rapid succession, but apart from a half length third behind Hey Doc in August’s Group Three Aurie’s Star, further black type success had eluded the 6YO son of Written Tycoon.

“Peter and Paul (Snowden) have done a terrific job with the horse in the three runs since he shifted to their stables earlier this year and Grande Rosso was probably unlucky not to have finished a whole lot closer at his last start in Sydney before heading to Doomben,” Manwaring points out.

“They took the blinkers off Grande Rosso for Saturday’s run and that really seemed to settle him, while the ‘mile’ also appears to be ideal for the horse these days. I don’t think he’s a short courser anymore and wouldn’t be surprised if he ends up turning into a galloper that wins over longer distances.

“Last but not least, despite winning two of his stakes races in Melbourne, I think he prefers the Sydney/Brisbane way of going.”

The Mumm Stakes brings Grande Rosso’s tally to nine wins – three at stakes level – and seven placings from 36 starts for $555,860 in stakes … a pretty good return on a galloper who was knocked down for $220,000 at the 2013 Inglis Melbourne Premier Yearling Sale.

(It would be the equal highest price paid for a Written Tycoon yearling that year and Grande Rosso is one of 24 stakes winners for the Woodside Park, Victoria based stallion. Written Tycoon’s progeny sold up to $1 million in 2017 and his fee in 2018 has increased to $110,000).

Preparing Grande Rosso for sale was the Middleton family’s Redbank North at Harden in NSW whose own run of success in recent times includes the gutsy Group One winning mare Single Gaze, multiple Group winner Mahuta and dual stakes winner Eckstein. Another is 2017 Group One JJ Atkins winning 2YO, Capital Gain … also bred and part-owned by Manwaring.

“Bob has a farm nearby and does a great job with only a small team,” Redbank North’s manager, Dimity Middleton reveals.

“He only has shares in around half a dozen racehorses and breeds from just a handful of mares, yet has bred and raced a Group One winner and a 3-time stakes winner in the past 18 months.”

Unfortunately for Manwaring, Grande Rosso’s dam, Jestemma – a half sister to the dam of Group One Newmarket winner The Quarterback – died when producing a full sister to his stakes star last spring.

“She (Grande Rosso’s full sister) is a cracking type though and will likely be sold at next year’s Gold Coast Magic Millions Yearling Sale,” Manwaring adds.

“I’ve kept the Helmet half sister, a rising 2YO who has already been broken in, and part-own the Bernardini half brother, It’s Tiger Time, who is still unraced.

“It was sad to lose Jestemma (a daughter of Rory’s Jester and bred by Rick Jamieson’s Gilgai Farm), but I kept her first filly foal, Full Twist, who is in foal to, you guessed it, Written Tycoon.”