Group One Aspirations For Vain Tony 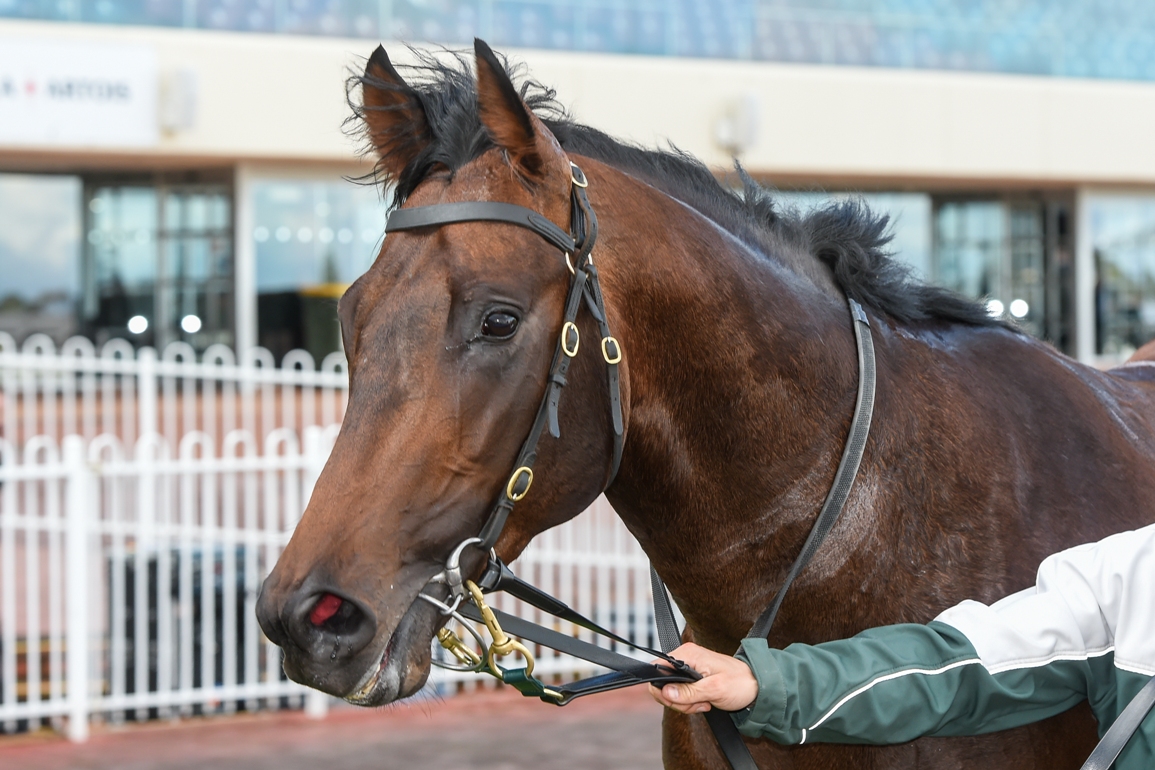 A lot of good horses have won the Vain Stakes over the past dozen or so years: Haradasun, Starspangledbanner, Toorak Toff, Sepoy and Russian Revolution among them.

Back in 2001, the race fell to a Rory’s Jester flyer by the name of North Boy who raced in the now very familiar royal blue and pink diagonal stripes of Peter Devitt and the late Les Gordon.

Trained by Tony McEvoy under the Lindsay Park Racing banner, North Boy would go on to capture the (then) Group Two Ascot Vale Stakes, which is now staged on the opening day of the Melbourne Cup carnival and known as the Group One Coolmore Stud Stakes.

The big question is whether history is about to repeat itself after Saturday’s Group Three Vain Stakes (over 1100m) at Caulfield with the Devitt/Gordon bred and raced, Lindsay Park trained, Tony Nicconi, winning with considerable flair and finesse.

Having only his second start (after winning by four lengths over 1200m at Caulfield on 30 June), Tony Nicconi becomes the 17th stakes winner for Widden Stud’s multiple Group One winning stallion, Nicconi who, you guessed it, was bred and raced by Devitt/Gordon and trained by Lindsay Park!

“It was a terrific effort by Tony Nicconi in the Vain,” Lindsay Park’s David Hayes enthused. “He only went into the race off one trial and did all the hard work into the wind. He’s now likely to take on the (Group Three) McNeil Stakes and (Group Two) Danehill (both over 1200m) before heading on to the Coolmore.”

Not surprisingly, Russell Gordon was mightily pleased with Tony Nicconi’s performance too: “We’re very excited about this colt and he looks a lot like his sire. We bred and raced another good Nicconi in Hear The Chant, who was recently retired after winning five of her 19 starts, including the Group Three Thoroughbred Club Cup at Caulfield,” Gordon explains. “However, this horse (Tony Nicconi) could have what it takes to go all the way.

“We race about 10 Nicconis and sent some five mares to him last year and will probably have close to the same numbers this spring. We supported him with a lot of mares when he first went to stud (2010) and for a few years until he had runners, but he’s really been doing the job ever since.

Tony Nicconi is the first stakes winner and third live foal for Elusive Quality mare, Wickham, who was purchased by the Nicconi Syndicate for $80,000 at the 2010 Magic Millions National Broodmare Sale.

A daughter of Group One placed Alydar mare, Quinpool, Wickham’s first Nicconi – My Michelle – was a multiple winner and city placed, while the next Nicconi – Booradley – has won two (including a 1200m at Sandown in January), but like his namesake from “To Kill A Mockingbird”, he can be both the hero and villain. After his last start, 7th of 12 at Geelong earlier this month, he’s more the ‘villain’ at the moment Gordon reckons.

“There’s quite a good story about how Tony Nicconi got named,” Gordon reveals. “It’s always so difficult coming up with names but my brother, Craig, was at the airport and ran into Tony McEvoy, who is a great friend of the family and, of course, had the long association with Lindsay Park.

“Craig jokingly said to Tony that it was about time he bought some Nicconis, to which Tony replied: ‘you’re kidding me aren’t you? I’ve got 18 of them in the stable … at home they’re already calling me Tony Nicconi’!”

HOOFNOTE: A Widden Stud stallion did not take out the main event on Saturday – that honour went to Winx’s sadly departed sire, Street Cry – but the famous farm finished one short of a full house when four of its stallions (present and past) notched up success on a day featuring 11 black type races throughout Australia. Apart from Tony Nicconi, Sunlight – by Zoustar – won her third Group race when capturing the Winslow Group Quezette Stakes over 1100m at Caulfield; Sebring colt Master Ash registered his initial stakes victory by winning the Group Three Sydney Markets Up And Coming Stakes over 1300m at Royal Randwick; and Egyptian Symbol, a 6YO mare, by deceased stallion Stratum, picked up stakes win #3 in the Group Three Ryde Toyota Toy Show Quality over 1300m at Royal Randwick.