Group One Success And The Sounds Of Silent 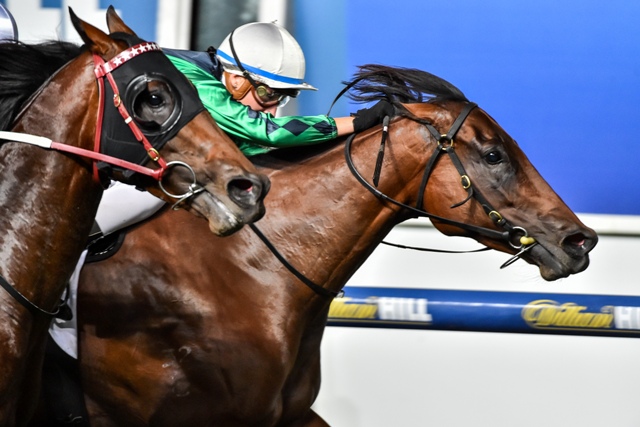 It was a night of firsts. Group One firsts.

Mallyon’s ‘pop’ – grandfather Mick – was one of the great jockeys of his era (any era for that matter) winning numerous majors, including three Caulfield Cups. The granddaughter has some catching up to do, but the William Reid is a good start.

However, while Noblet and Mallyon celebrated on the east coast, Silent Sedition’s success was a major milestone too for West Australian breeder Ellie Giles.

In the space of just five days, Giles was responsible for three stakes winners : Silent Sedition, plus a black type double on the Bunbury Stakes program via Quilista and Man Booker.

Underscoring the feat is the fact that Giles doesn’t breed many horses these days.

Selling the family farm – Korilya Stud – a few years back, Giles has mainly thrown in her lot with the rapidly growing Amelia Park near the famous Margaret River, a racing and breeding operation owned by Peter Walsh.

But, while Giles might have scaled back her day-to-day involvement, there’s no mitigating the excitement of your first Group One victory.

“The stars all seem to have aligned in the past week or so. It (the William Reid) was a tremendous result and I’m very proud of the mare,” Giles points out. “I’m also very happy for Andrew (Noblet) who has been extremely patient with Silent Sedition and really deserves the win. A great win for Katelyn Mallyon too.

“Silent Sedition was offered at the (2014) Perth Magic Millions and while everything was in the right place, she was a bit small and eventually sold to Tom Curnow (Aqua Trained Thoroughbreds) and Andrew for $45,000.

“As it turns out, Tom had another mare at Korilya and they asked to keep Silent Sedition at the farm until she grew out a bit. They really took their time with Silent Sedition and haven’t pushed her at all. Full marks to them because she just continues to get better and better.”

Silent Sedition’s William Reid has taken the 4YO mare’s earnings to $961,650 from 16 starts and it was her sixth career victory – the fifth at stakes level. Impressively, Silent Sedition has never finished out of the top four and the Summoned Stakes, Mannerism Stakes, Schweppervescence and Bendigo Guineas victories have been complemented by Group One seconds in the Coolmore Classic (beaten a lip by Heavens Above) and Schweppes Oaks.

Speaking of the Coolmore Classic, Silent Sedition’s granddam, Porto Roca, won the Coolmore in 2001 and has subsequently produced Dubai World Cup winner, Monterosso, along with the dam of Group Two winner, Happy Galaxy and, now through her daughter Fiorentina, Silent Sedition.

Fiorentina, based at Amelia Park after being sold by Giles in 2014, had her Gingerbread Man colt knocked down at the 2017 Perth Magic Millions for $170,000 to (surprise, surprise) Noblet and Curnow after they outbid leading WA trainer, Trevor Andrews, while she has produced a Snippetson colt last August and is currently in foal to Pride of Dubai.

Meanwhile, Man Booker’s victory in the Listed Bunbury Stakes – his third black type after earlier scores in the Group Two WA Guineas and Listed Pinjarra Classic – was also cause for plenty of celebration.

“I originally offered Man Booker at the 2014 Perth Magic Millions and he was passed in for $20,000,” Giles explains. “I decided to then put him back through the Perth Winter Sale and, in the meantime, Dan Morton’s foreman had remembered Man Booker from the earlier sale and asked for me to send him through some photos. Dan then bought him at the Winter Sale for $25,000 and, as he didn’t particularly have any owners lined up, he more or less syndicated the yearling to some of the women in the stable.

“He’s also been ridden at his past three starts by an up and coming female jockey called Jerry Noske, so it’s really been one for the girls.”

Got that right! Currently being earmarked for the Railway Stakes late in the year, Man Booker has already won $680,080 in prizemoney.