Are we ready to trash talk the Brits … Again 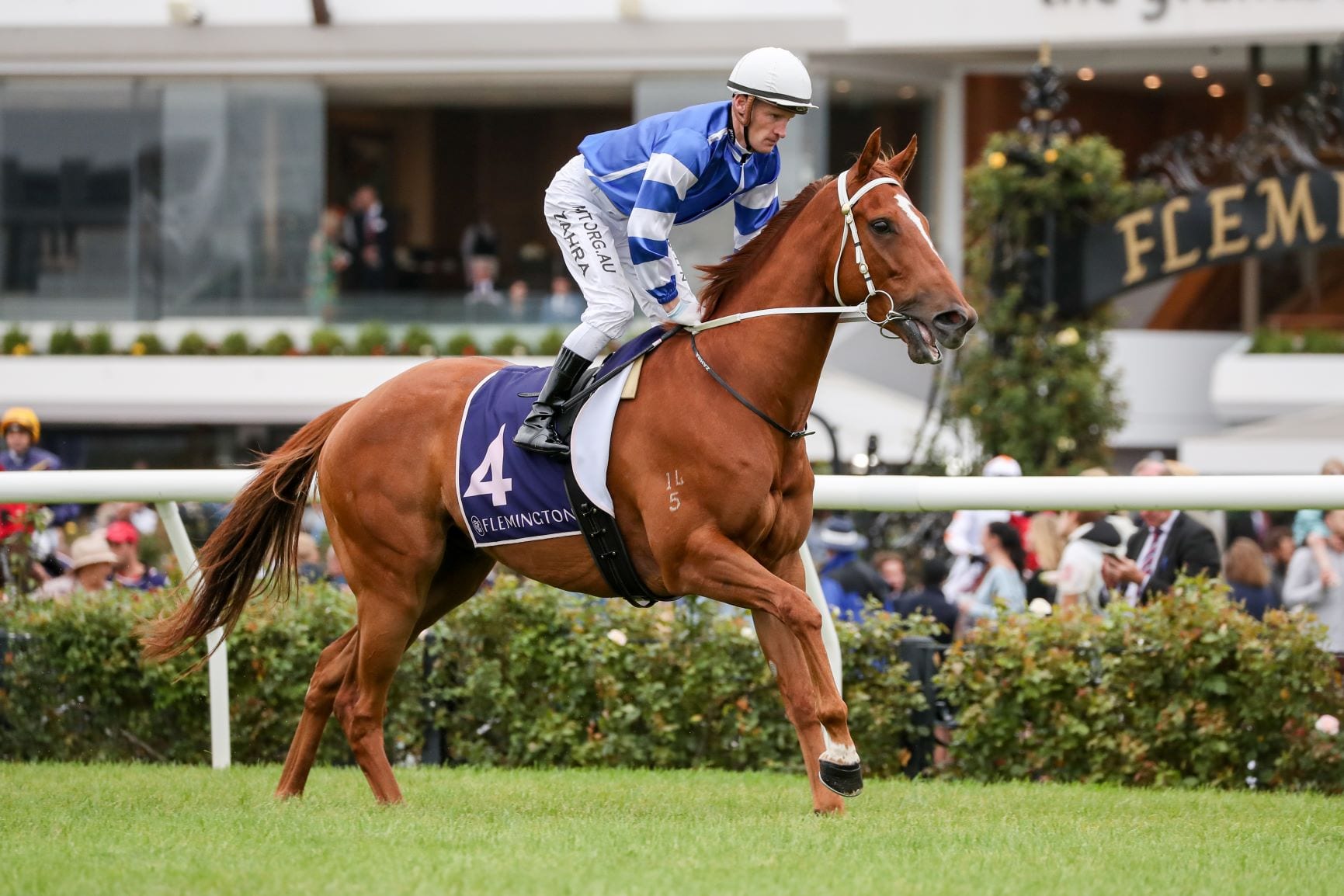 Winners of the Lightning Stakes boast an exceptional record at Royal Ascot, not the least being the legendary mare whose name now adorns Australia’s time honoured sprint … Black Caviar.

After winning her second (of three) Lightning Stakes, Black Caviar would go on to capture the Diamond Jubilee at Royal Ascot, while fellow Lightning alumni – Scenic Blast, Miss Andretti, Takeover Target and Choisir – would all claim glory in the old dart.

Will Gytrash, winner in a thriller of the Lightning’s latest chapter at Flemington on Saturday, join the Royal Ascot honour roll?

While the Group One Newmarket Handicap over 1200m at Flemington on 7 March is next on the agenda for Gytrash, the flashy 4YO chestnut’s trainer, Gordon Richards, wasn’t getting too far ahead of himself when talking to media on the weekend. But …

“To be totally honest, it (Royal Ascot) is not something I previously considered but there are a lot of positives,” Richards points out. “Gytrash is such a relaxed customer and travels around without turning a hair and he’s obviously very effective up the straight.

“You saw his owners at Flemington on Saturday and they’re a crazy bunch … I reckon Royal Ascot wouldn’t be a hard sell to them.”

Training for over 40 years and with around 20 in work at his Morphettville base, the 68 year old Richards has saddled up some very good horses – Benz, Vargna and Bold Star among them – but Saturday’s Lightning was his maiden Group One success.

Ironically enough, the hard workin’ Richards had decided to have a ‘day off’ and attend the 2017 Inglis Melbourne Premier Yearling Sale where he spied a Lope de Vega colt.

“I had won the (Group Three) Zeditave Stakes at Caulfield on the Saturday with Benz and, as I didn’t need to be back in Adelaide until the Monday, I decided to head out to the Premier,” Richard recalls. “I wasn’t actually planning on buying anything, but I noticed this Lope de Vega being paraded a couple of times and then I had him pulled out myself for a decent look.

“I knew he could be something special after his first couple of starts in Adelaide, but when I took him to Melbourne for the first time and he ran a neck second to Blue Diamond winner, Written By, that sealed it for me.

With seven wins and seven placings from 15 starts – his only ‘blot’ a 10th in last year’s Group One Goodwood – Gytrash has banked $886,750 for connections.

But what about the name, Gytrash (pronounced ‘gee-trah’)?

“One of my owners is Gary Macintosh who, back in the day, was a very good footy player for Norwood. A real character,” Richards explains. “He’s in Benz as well and, given that horse is by Bushranger, Gary wanted to name him Mad Dog Morgan or something like that.

“Anyway, when the Lope de Vega came along he suggested Gytrash and, just to get him off my back, I said yes. I then looked the name up on google and turns out it’s some ghost dog that can take the shape of a horse and either leads people astray or puts you on the right road. What’s his thing with the bloody dogs? Well, at least we’re on the right road with this one.”

As for Macintosh, he’s taking it “one run at a time” but is certainly enjoying the ride!

“I look after a syndicate of 10 and we’ve been racing horses for around 10 years,” Macintosh reveals. “When there’s money in the kitty we take 10% of a horse and have a couple with Jon O’Connor and half a dozen with Gordon. I do all the books for our syndicate and I reckon we’ve had something like 50 winners from 360 starts.

“Before Gytrash came along we’ve had some success with horses like Benz, but this game is a great equaller. We all drove up to Lock one time – a 12 hour round trip – to watch a horse run eight lengths last.

“We’re having a lot of fun with Gytrash and that’s what it’s all about.”

Bred by Packaging Investments, Haltrow Pty Ltd and Glastonbury Farms, Gytrash was originally sold as a weanling for $70,000 at the 2016 Inglis Great Southern Sale before being offered by Maluka Thoroughbreds at the 2017 Inglis Melbourne Premier Yearling Sale.

“Gytrash was purchased at the Great Southern and while he had moderate x-ray issues, there was nothing too much wrong physically … big, strong bugger. Let’s put it this way – he looked very good on Saturday,” explains Luke Anderson, who established Maluka Thoroughbreds in 2016 with wife, Mags, the yearling manager at Cambridge Stud for 10 years.

“Sure, it might not have worked out that time, but ‘pinhooking’ is such a viable option these days for investors.”

Indeed, the Andersons already have the runs on the board and are gearing up to sell 22 youngsters at the Melbourne Premier from 1-3 March, including a Zoustar filly which was secured, in tandem with Kilgravin Lodge, for $200,000 at last year’s Great Southern.

“To ensure we acquire the top end weanlings, we sometimes buy in partnership and in 2018 we purchased, with Milawa Park, a Zoustar colt for $230,000 at the Magic Millions National Weanling Sale. Nine months later he ended up the most expensive Zoustar at the 2019 Inglis Melbourne Premier Yearling Sale when knocked down for $500,000.”

Gytrash is among half a dozen black type ‘graduates’ in the last 12 months for Maluka and, not surprisingly, Anderson is something of a banner waver for pin hooking.