Happy Pat Gets His Group One 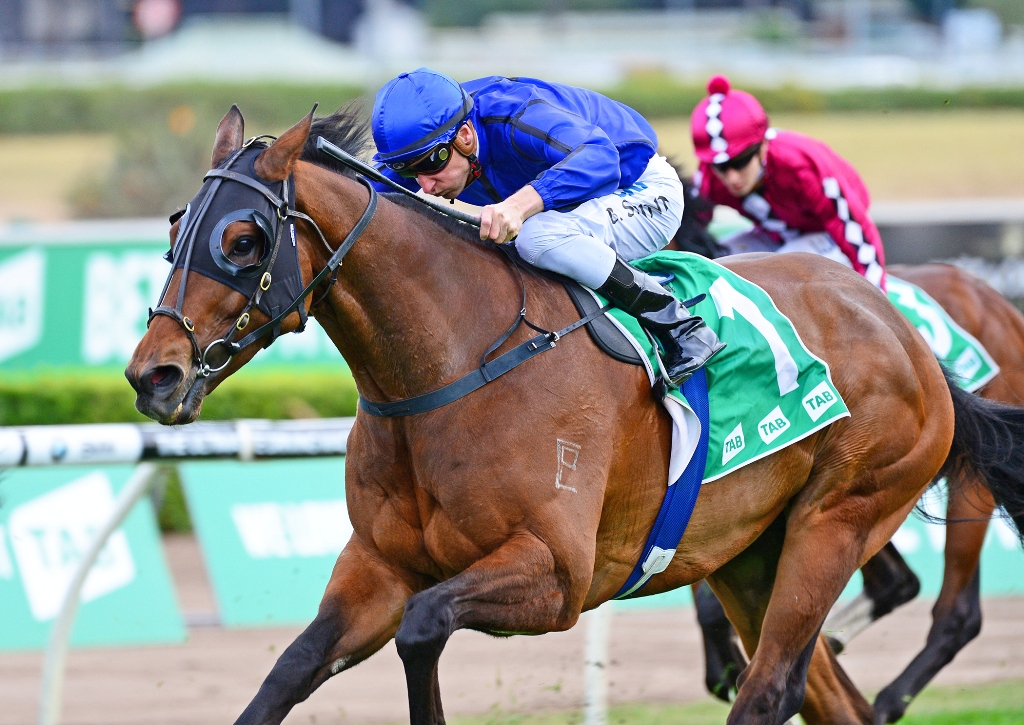 Racing is a funny game. A little over two weeks ago, it’s fairly safe to say that 99% of the crowd at Royal Randwick and the many thousands watching on TV hoped that Happy Clapper would NOT win the George Main Stakes.

After all, victory would mean denying Winx her 20th straight win and doing so would be right up there with shooting Bambi.

It was a close run thing though and for a few hoofbeats it looked like Happy Clapper would get the Main money before Winx did what Winx does.

Fast forward to last Saturday, however, and the tables had turned completely. Racing at the same track and over the same journey, everyone – well, almost everyone – was cheering on Happy Clapper as he held on gamely to capture the $1 million Group One TAB Epsom Handicap over 1600m.

And there’s a couple of very good reasons why they were clapping home Clapper in a race that was first run way back in 1865.

For starters, on the back of his George Main performance, Happy Clapper was despatched a $2.40 favourite for the Epsom.

Even more pertinently though is Happy Clapper’s trainer, Pat Webster. One of the most popular figures in Sydney racing, the Randwick based Webster has been training for nigh on 50 years and, prior to Saturday, had never won a Group One.

Lots of Group Twos and Threes – 16 in fact – but never at racing’s elite level. Not until Saturday.

And boy oh boy, didn’t he enjoy it.

“This is my biggest moment in racing,” an emotional Webster was quick to point out. “My first Group One and probably the last. I don’t think I’ll have many more runners after the Clapper.”

Happy Clapper has gone tantalisingly close on numerous occasions prior to the Epsom. The winner of nine, along with nine placings, from 29 outings, the 7YO son of Teofilo has banked $3,029,800 following Saturday’s victory.

Happy Clapper was second to Winx in last year’s Doncaster Handicap, third in the Queen Elizabeth, second again in the 2017 Doncaster – all at Group One – and, just prior to his George Main second, won the Group Two Tramway Handicap at Royal Randwick on 2 September. Second in the Tramway was Tom Melbourne, who again played bridesmaid in the Epsom.

Some 48 hours on from the Epsom, Webster still hadn’t determined as to where Happy Clapper would head next and wasn’t going to be rushed on a decision: “He (Happy Clapper) has done his job. I’ve had a few people phoning me up asking where he’ll start next but I really haven’t made up my mind at this stage,” Webster adds. “There’s always options … I’ve always said that ‘you’ll run out of horse before you run out of races’.

“The Epsom was his target and he’s achieved that so we’ll just take our time.”

Happy Clapper has been the journey of a lifetime for Webster, who was raised in Western NSW where his father was a trainer, before Pat took out his own licence at Randwick a half century ago.

And despite winning his first Group One, Webster is unlikely to let it go to his head anytime soon, particularly if a phone call on Monday morning is anything to go by.

“I’m sitting out here in the backyard with an old mate enjoying the sunshine and I just said to him, ‘that was a pretty good result on Saturday’ and he said ‘why … what happened? Biggest win of my life and no-one wants to listen,” Webster says with a laugh.

Michael Thomas, who both bred and races Happy Clapper, was also one, um … happy camper.

(Thomas also bred and raced, Thankgodyou’rehere – a half brother to Happy Clapper’s dam, Busking – who was a Group winner for Webster and finished second in the 2011 Group One The Galaxy).

“Frankly, I’m a bit perplexed at Happy Clapper’s popularity,” Thomas adds. “Maybe it’s something to do with the name? Happy Trails was very popular too … either way, you can safely say it’s made me very happy!”

Understandably so, particularly as Thomas bred Happy Clapper for just $13,000.

“Happy Clapper is actually the fourth generation of horses’ I’ve bred from,” Thomas explains. “I basically breed to race and have owned quite a few from that family over the years.

“Happy Clapper’s granddam, Winifred’s Prayer was a very good mare who had five winners from as many to race, including Thankgodyou’rehere, and Gunfire Messiah, who won 11 races for me.

“I sent Winifred’s Prayer to Encosta de Lago when he was standing for just $7,000 – obviously before he was all the rage – and I was talked into selling the resultant filly as a yearling. She made $40,000 and was raced by John Morrisey where she won a race and was placed several times in town.

“Her name was Busking and, around the time she was retired from racing, Darley had been buying up a lot of Encosta mares and she was one of them.

“Eventually Darley decided to cull Busking and offered her for sale at the 2010 Inglis Broodmare Sale where I snapped her up, in foal to Teofilo, for $13,000.

“The foal ended up being Happy Clapper.

“Sadly, Busking died on Australia Day after a bad bout of colic. I’ve only usually got around four or five horses at any one time, but have kept records over a 15 year or so period.

“I was always lucky to have one flagship horse to carry the others, but before Happy Clapper came along, the balance sheet was just starting to tip over into the red.

“And then Happy Clapper arrives on the scene and wins six from seven in town, including the Villiers … and an Epsom!