Happy Smith Is The Master Of Play 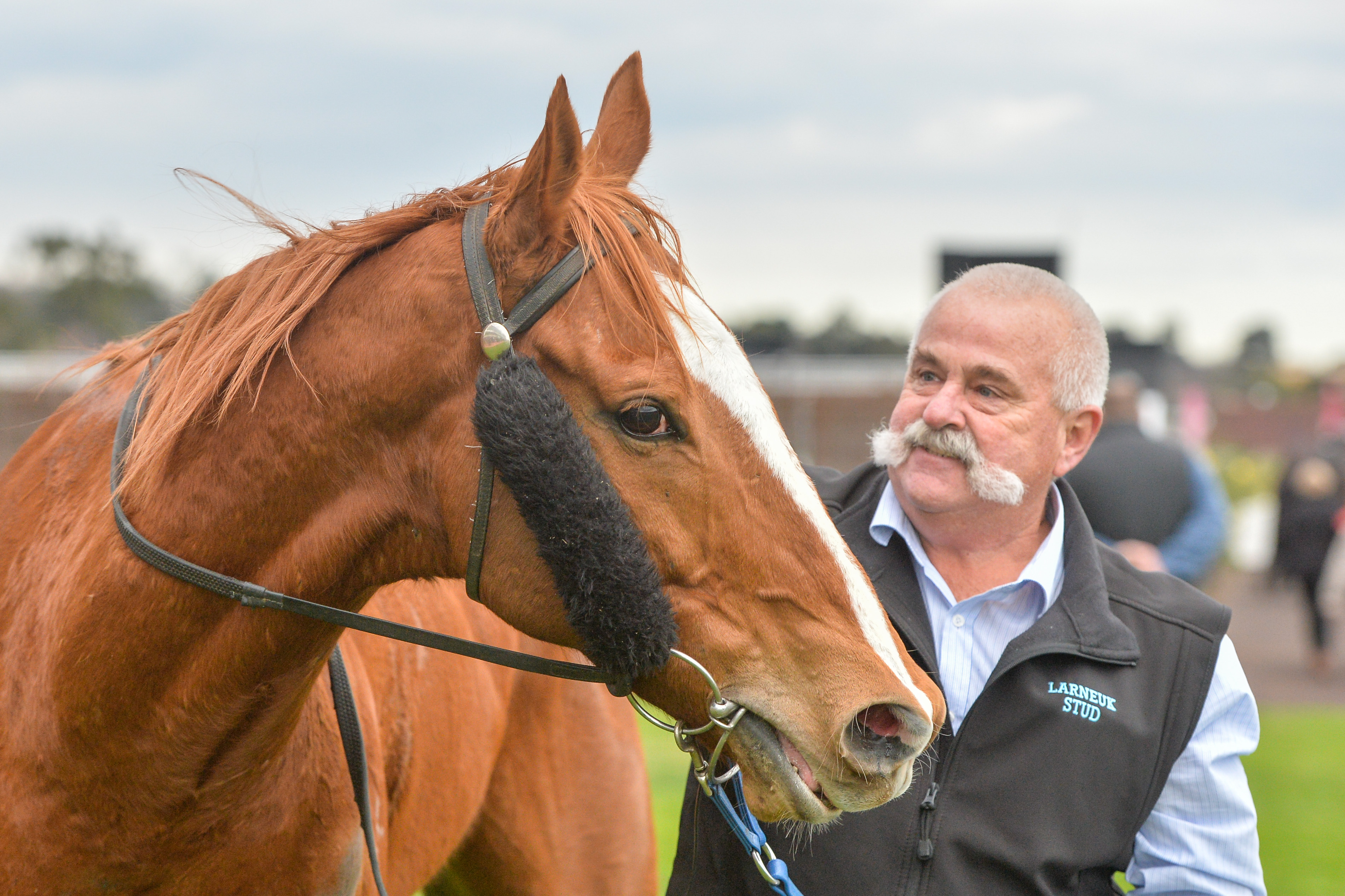 Laid back Victorian trainer, Peter Smith, was as surprised as anyone when his rising 9YO galloper, Play Master, won Saturday’s KA Morrison Handicap down the Flemington straight.

Winner of the Listed All Victorian Sprint over the same journey (1200m) in July 2015 and a lip second in the Group Three Aurie’s Star at his following start, the pickins’ have been lean ever since with only one placing from 12 outings for Play Master.

Consequently, Play Master was sent out a $31 shot on Saturday and while Smith had anticipated a much better performance than the horse’s 10 from 10 two weeks earlier, a victory was probably going to be a bridge too far.

“I definitely didn’t think I’d be getting interviewed on TV after the race,” Smith laughs. “I normally have a beard, but I hadn’t given myself a trim and was looking a bit scruffy. Could be the new look though … I’m superstitious so this might be a winning formula!”

Smith is not only the trainer of Play Master – who has now won 11 from 39 and $410,525 in stakes – he owns the horse in partnership with family and is also the breeder.

“It’s pretty amazing really,” Smith adds, “he (Play Master) is by a two bob stallion (Masterprint) out of a two bob mare (Introduce).

“Masterprint is a son of Rubiton and was bred by Blue Gum Farm. I spotted him in their paddock and he was one of the nicest horses I’ve ever laid eyes on. He had a pedal bone infection and was never going to race, but I just thought he’d make a lovely stallion and so I purchased him for $2,000.

“It turns out his first three foals all won in town, including Play Master. They were never going to run early … matter of fact, Play Master was nearly five when he had his first start and he was just starting to put it all together when he did a suspensory as a 6YO. I always thought he would have gone close to winning a Group Two, but it’s really hard to get them back after an injury like that. They can still go alright as Play Master proved on Saturday, but they just don’t really hit their peak.”

Unfortunately for Smith, Masterprint died a couple of years back but he still has around 25 of his progeny – yearlings, 2YOs and 3YOs (all untried) – that are filling the paddocks of his Springview Park, a 240 property in Central Victoria.

“It was tough losing Masterprint, but I’ve managed to secure two other stallions in Swift Alliance and Mezyaan, both of which I’ve got high hopes for.

“Swift Alliance won nine races for Gai Waterhouse, three of them Group races, and finished second in a (Group One) Galaxy, while Mezyaan was unraced, but is by Lonhro out of a half sister to Encosta de Lago.

“Swift Alliance has already got a handful of winners, but the thing about it – both of them actually – is that they have such great temperaments. To me, having good temperaments is just as important as ability. I reckon if you ask most trainers they will tell you that all good horses have good attitudes. Play Master for instance … he’ll run through a brick wall for you.

“Both Swift Alliance and Mezyaan are strictly breed to race types. I don’t go in for all the razzle and dazzle of yearling sales and I’m just happy to see clients get a winner.”

Originally a plumber, then a farmer (“a bit of a jack of all trades”), Smith has been training for around 20 years and currently has some 22 in work.

“I’ve got about 10 outside horses at the moment which is pleasing … you’re always on a learning curve with this game but I’ve got everything I need on the property, including a two mile track, and if I need to take them into town, I’ve got either the facilities at Benalla or Seymour.

“I love what I do … breeding, training. It’s all good fun. I had a one week holiday recently and it was the first break I’ve had in 10 years, but this is just such a great industry to be involved in. It was Play Master’s sixth win in the city on Saturday and that’s hard to do. I couldn’t be more proud.”

HOOFNOTE: Play Master’s dam, Introduce – a 3-time winner by Brief Truce and hailing from a successful Woodlands family – produced just the two runners in Play Master and the Over mare, Commence, a winner of five.

“I purchased Introduce for $2,000 in 2007 at the (Inglis) March Thoroughbred Sale – in foal to Over – and phoned Trevor Lobb at Woodlands afterwards to find out why her first two foals had died,” Smith explains.

“It turns out she was really possessive and tried to steal all the other mares’ foals and both her own foals got kicked by other mares and died.

“I took the hint and kept Introduce in a paddock by herself where she produced Commence and then Play Master the following year.

“Then, wouldn’t you know it, Introduce gets bitten by a snake and dies. I could have had seven or eight full relations to Play Master by now!

“That’s the thing with this game. Horses will do that to you. The point is to not let it get you down and just enjoy all the good times.”