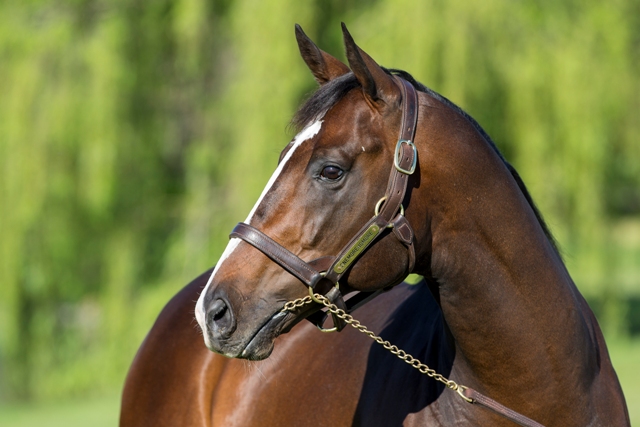 The Onemorenomore gelding started at $24 in the Panasonic Alkaline Ionizer Hcp (1200m) and belied that quote with a barrier-to-box victory.  Schofield gave the Aussie import some leather at the top of the straight and he let down like a horse with a future in Hong Kong.

“I’ve got a good opinion of him and wasn’t surprised despite the price,” he explained.  “I’ve been on him in a few gallops and he’s just a really talented horse – he has speed and natural all round ability.

“I’m sure he’s going to get further than the 1200m and become quite a nice miler.”

Honest Horse (4g Onemorenomore – Fuwa by Encosta de Lago) was initially purchased by John Moore for $100,000 at the 2013 Gold Coast Magic Millions but was sidelined for 12 months with an off-hind ligament injury.

He was transferred to former John Size assistant Benno Yung and was restricted to swimming and trotting before winning a 1000m trial in 58.51s last month.

Baramul Stud’s Gerry Harvey bred him from Scone winner Fuwa and the mare’s latest foal is a yearling filly by Onemorenomore.  Her second-dam Isolda (Sir Tristram) was a Group 1 winner of the 1995 Champagne Stakes at Randwick.

Vinery stands Onemorenomore for $6,600 (inc gst) and he has a couple more first-crop four year-olds ready to break through in Hong Kong.  Bold Stitch finished third for Tony Millard at Sha Tin on Saturday and Master Steed filled a place for Caspar Fownes at Happy Valley last Wednesday.