HAYES WINNER HAS THE WOW FACTOR 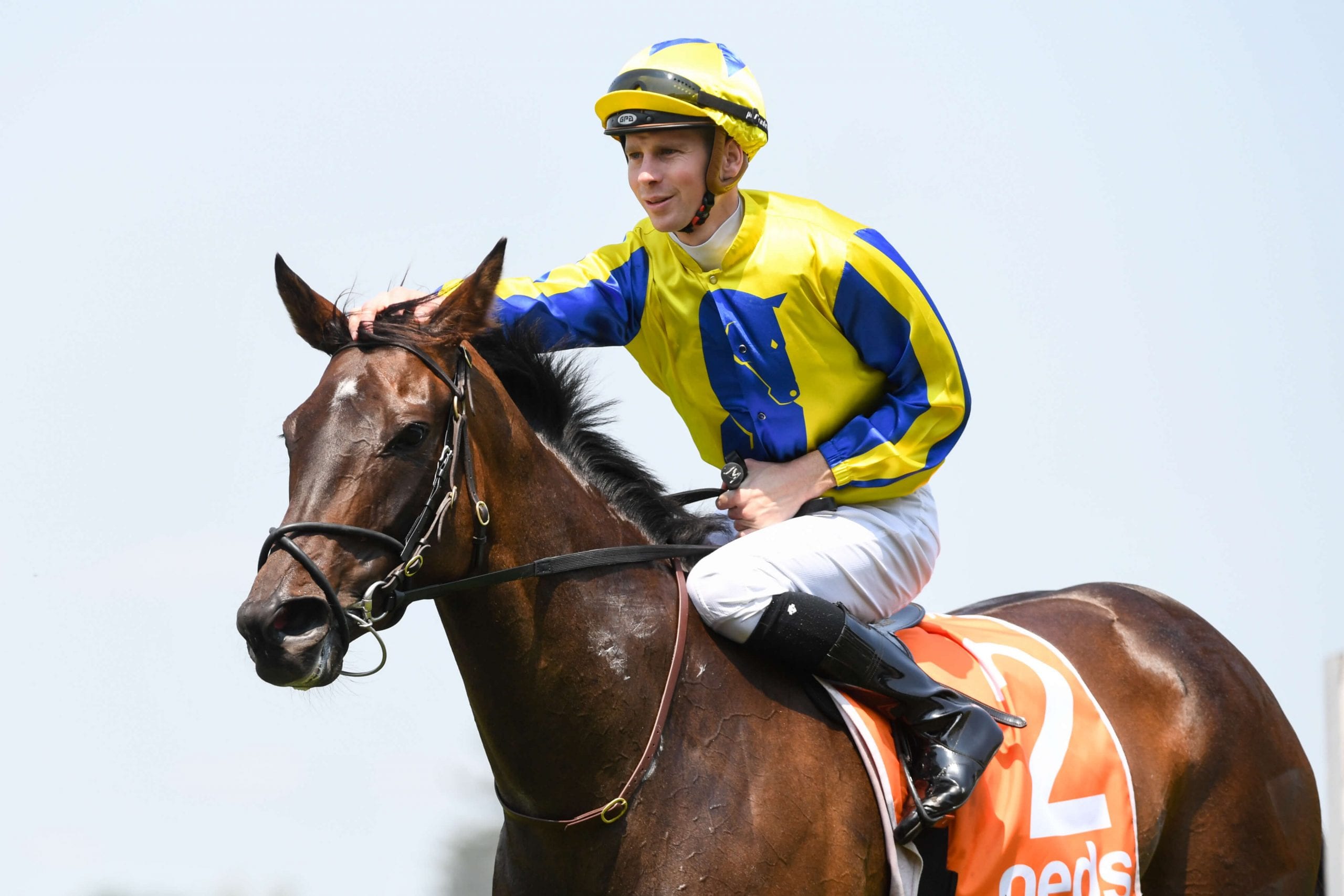 Let’s face it, Brad Spicer was ALWAYS going to look at each of the sale yearlings by The Wow Signal.

Not that he was going to be run off his feet as it turns out.

The Wow Signal was a Champion 2YO Colt in France – having first won the Group Two Coventry Stakes at Royal Ascot, before capturing the Group One Prix Morny at Deauville.

That’s a long way from home, but Spicer had been taking special note as The Wow Signal was by Starspangledbanner, whom Spicer had secured as a yearling and cheered on as the flashy chestnut won the Group One Caulfield Guineas and Oakleigh Plate before venturing to England for success in both the Group One Golden Jubilee and July Cup. The Wow Signal would become Starspangledbanner’s first Group One winner in Europe.

Unfortunately for The Wow Signal, he proved to be sub fertile in his only season in Australia, yielding just 12 live foals – seven of which would make it to the yearling sales.

Spicer particularly took a fancy to the filly from multiple winning Delzao mare, Banderilla, offered by Sun Stud (as Agent for Summerset Park Stud) at the 2018 Inglis Melbourne Premier Yearling Sale: eventually paying $50,000 for the privilege.

On Saturday at Caulfield, the filly – How Womantic – made it four wins from as many starts by taking out the Group Three Kevin Hayes Stakes over 1200m and now appears on target to tackle Group One glory in the Surround Stakes over 1400m at Royal Randwick on 29 February.

Running the successful bloodstock management company, Spicer Thoroughbreds – whose stars also include Commanding Rock, Awesome Rock, Extra Brut et al – it’s not surprising Spicer had some willing disciples keen to take a share in How Womantic … Daniel Portelli among them.

“I’ve been involved with Spicer Thoroughbreds for around five years and have shares in a dozen horses with Brad … it’s been a terrific experience and we’ve had a lot of fun,” Portelli enthused.

A Melbourne based building contractor, Portelli was still on a high – quite literally – more than 24 hours after How Womantic’s Hayes victory.

“I’m just about to fly back from Hobart,” Portelli revealed on Sunday. “We flew down for the day to watch Platinum Angel.

Ironically, while Portelli was happy to whip down to Tassie for the day – “I love travelling around to watch my horses” – he won’t be heading to Sydney if How Womantic goes around in the Surround.

“Here’s the thing … I’ve never seen one of How Womantic’s races ‘live’. I have a farm on the Mornington Peninsula and for all four of How Womantic’s runs, I’ve watched them on the telly, sitting in my favourite chair. You don’t change a winning formula,” Portelli says with a laugh.

Meanwhile, just as there will be no more The Wow Signals, How Womantic is sadly the final foal for Banderilla according to breeder, Rob McBryde, who runs Summerset Park Stud in South Australia with wife Maureen.

“Sadly, Banderilla died last November while giving birth to her Denman colt. We fought hard but the colt was badly compromised and only survived 36 hours,” McBryde reveals.

“Maureen and I really loved that mare. She was a very good racehorse herself, winning four races and would have been up to stakes class, but she got this small puncture wound in her hind leg which became infected causing cellulitis which didn’t respond to treatment.

“She had to be retired, but we’re just so glad for the owners that she’s left such a good galloper in How Womantic.”

Formerly government employees who now run the 63 acre Summerset Park at Gumeracha (some 40 kilometres north east of Adelaide), the McBrydes first got involved in breeding in 1982 and have sold yearlings every year since 1984.

Sending out six to eight mares annually, Summerset Park has a draft of three for the Inglis Melbourne Premier on 1-3 March and four for the Adelaide Magic Millions Yearling Sale on 10-11 March.

“It’s a pity that none of the seven yearlings are from Banderilla’s family but we’re pretty happy with the way they’re shaping up,” McBryde points out. “We had such a long association with that pedigree: we purchased How Womantic’s third dam, Leisure Dollar, in the mid 80s and she produced four winners including Summer Gambit.

“We attempt to sell everything we breed but if some don’t make their reserve – like Summer Gambit and Banderilla – we race them ourselves.

“Summer Gambit won four races up to 1400m, including a couple in town, but would go on to produce two Champion Australian Jumpers in Some Are Bent (14 wins) and Black And Bent (21 wins), both accumulating in excess of $1 million each in prizemoney.

“It’s worth pointing out that both Some Are Bent and Black And Bent won some very good races on the flat, but Banderilla was an out and out sprinter who won her second start at two by five lengths!”

From Summerset’s relatively small yield every year, the McBrydes have also bred several stakes performers, including Stralia (Group Two Danehill Stakes placed) and Smytzer’s Trish, who won the Listed Rancher Stakes on debut and the Group Three Smoke Free Stakes, but agree How Womantic could well take it up another notch.

“Full marks to Maureen as she runs the farm and plans all the matings. The same year we sold How Womantic, we also had a Toronado filly that was bought by Sheamus Mills for $120,000 in Melbourne.

“She’s called Backpedal and is with Andrew Noblet. She won her debut last September by eight lengths.

“We’re proud of what we’ve produced on farm, but prouder still for the South Australian industry. Given the amount of horses that come out of the state each year, we punch well above our weight.”